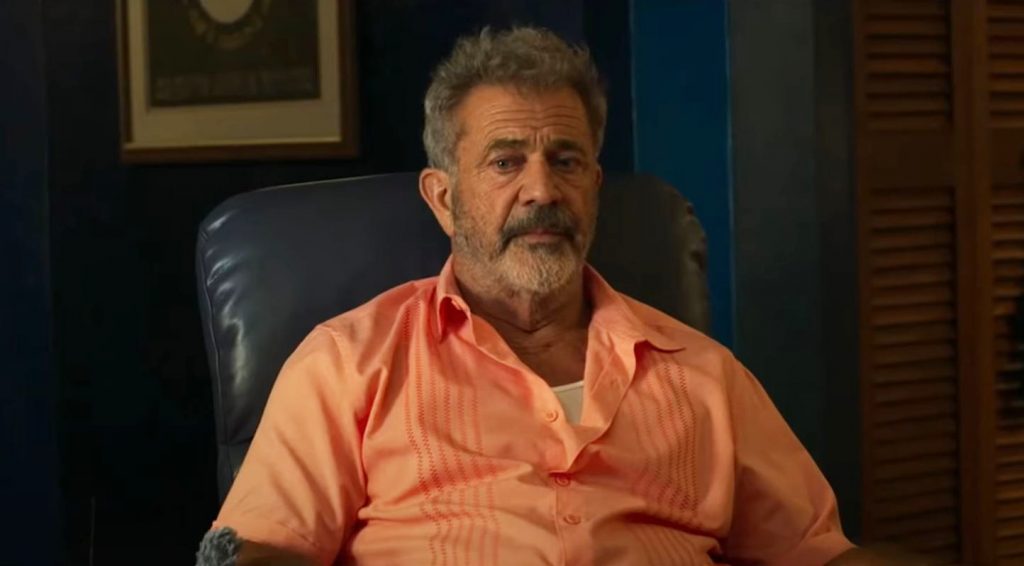 Mel Gibson Will Direct “Lethal Weapon 5” for Some Reason

Yup, that headline is a lot to unpack. Its been 13-years since the last adventure of Martin Riggs and Roger Murtagh as portrayed by Mel Gibson and Danny Glover in “Lethal Weapon 4.” A discussion of another installment has dating back to the mid 2000s, but had consistently run into issues. These included whether or not Gibson wanted to do it (or should, honestly), and whether or not director Richard Donner would be helming the project. Despite everything possible conspiring to shut this movie down, it would now appear it’s going to continue, with Gibson set to direct.

So let’s start by stating that I love this film series; I adore it enough to where I even did a four-part podcast series, reviewing and discussing each one of the films. So when it comes to this topic, I consider myself something of an expert; a “Lethal Weapon” connoisseur of sorts. Let’s take a quick look back at the franchise to catch us up to where we are today and how… complicated, this potential film is.

In 1987, ‘new’ writer Shane Black had his screenplay for “Lethal Weapon” released as a feature film. Black would later be known for penning “The Last Boy Scout,” rewriting “Last Action Hero,” and eventually writing and directing “Iron Man 3.” But it all started with the first “Lethal Weapon.” Directing and producing the movie would be television and film veteran, Richard Donner. Donner had previously tackled such films as “The Omen” and “Superman,” not to mention “Goonies.”

The buddy-cop action/drama would pair suicidal young cop Martin Riggs (Gibson) with veteran officer almost ready for retirement Roger Murtagh (Glover). The film’s success would help break Gibson as a star in the United States. It would also help propel Glover’s career to further stardom, after having just come off of the critically acclaimed “The Color Purple.” Also noteworthy about the film is its incredibly memorable soundtrack composed by Michael Kamen and Eric Clapton, with contributions by saxophonist David Sanborn.

Long story short, the film was a massive hit spawning three sequels in 1989, 1992, and 1998. It essentially perfected the buddy-cop genre that “48 Hours” had started several years prior. The franchise also pushed Joe Pesci and Rene Russo to box office heights. The fourth film was Jet Li‘s debut in American cinemas. Years later, the franchise would remain popular enough to spawn a non-canonical television series starring Damon Wayans and Clayne Crawford that lasted three seasons in 2016.

What happened to “Lethal Weapon 5″ though? Well, quite a few things. For starters, “Lethal Weapon 4″ didn’t make as much money as the previous entry, despite costing quite a bit more. Now, it still made $285 million at the box office, but that was off of a budget of at minimum, $100 million. Compare that to the $320 million that “Lethal Weapon 3″ made from a budget of only $35 million and you can see where Warner Brothers may be hesitant to push forward another movie.

The biggest problem- which you probably know- is Gibson himself. Even though there were controversies surrounding Mel’s religious and social views in the early 1990s, things exploded further with the release of “The Passion of the Christ” in 2004. Gibson was criticized for his very puclic anti-Semitic beliefs, which despite him denying, went on full display two years later in 2006 when he was arrested for a DUI. During his arrest, he said a number of awful things which we won’t repeat here. Nor will we repeat the equally awful things he said in 2010 involving his then girlfriend, Oksana Grigorieva.

In the years since, there seems to have been a general ‘forgiveness’ of Gibson. He’s received consistent work since 2010, and his 2016 film “Hacksaw Ridge” received positive acclaim, box office success, and received a number of Academy Award nominations. And while people like Robert Downey Jr. and Jodie Foster have publicly supported Gibson previously, many Jewish and LGBT+ organizations have continued to condemn him for his actions and beliefs.

Both Glover and Donner seemed to have stood behind Gibson as well with all three of them being open at various times to continue the “Lethal Weapon” series. But why would Gibson be looking to direct the film?

As we reported in December of 2020, 91-year old Donner was still interested in making a 5th movie with the original cast returning. But unfortunately, we lost Richard Donner a few months later in July of 2021.

Not to throw another wrinkle into all of this, but if Gibson’s controversies weren’t enough, soundtrack composer Michael Kamen died in 2003, and Eric Clapton is currently uhh… dealing with his own history of racist comments and anti-vaccine statements.

So yeah; the idea of Mel Gibson directing “Lethal Weapon 5″ is a very, VERY loaded topic. Will it actually happen? Will there be enough backlash to where the film won’t ever be made? Is there even a place for the film in today’s theatrical landscape? We’ll have to see as the project presumably continues along.

In the meantime, “It’s Always Sunny in Philadelphia” has their own idea of how the movie should’ve turned out, and it’s pretty remarkable in its own way.