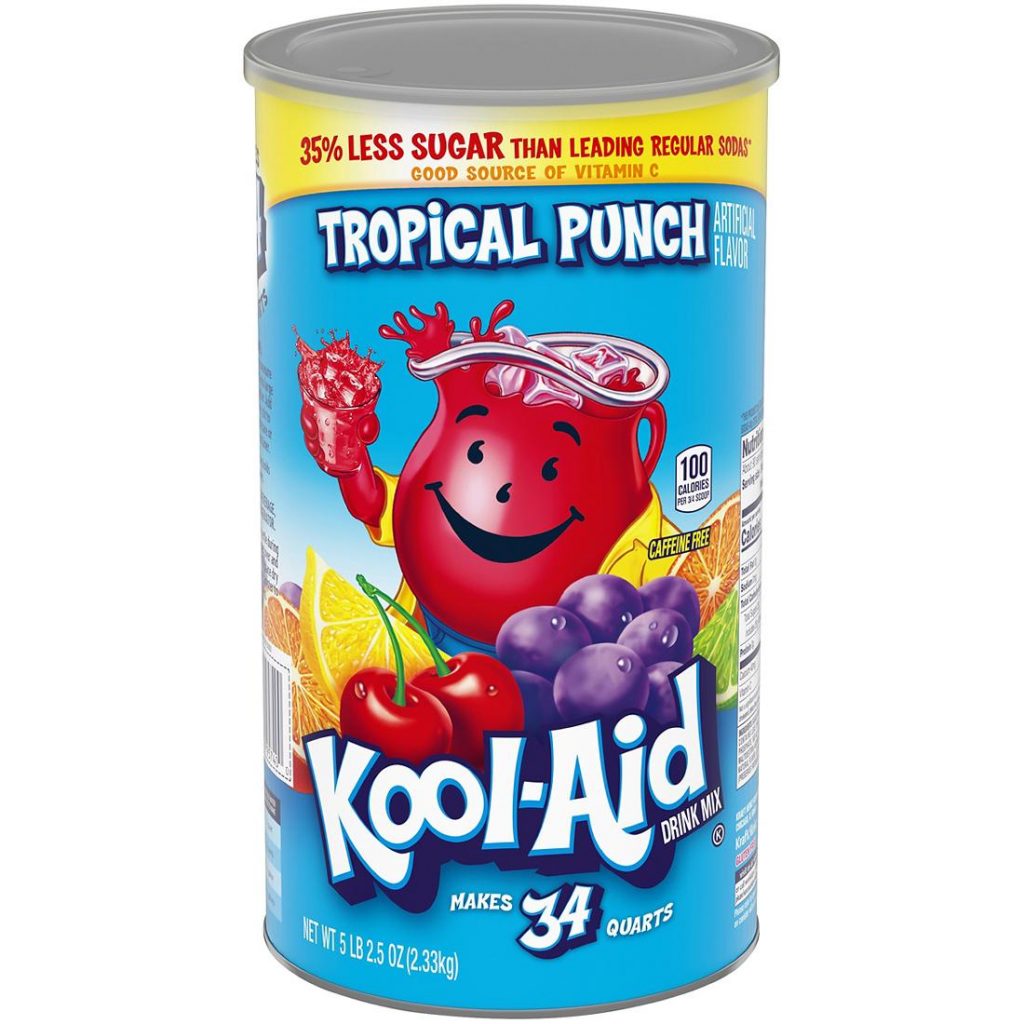 Major retailer Costco has issued a recall for certain packages of Kool-Aid Tropical Punch. This is due to the packages potentially containing small pieces of glass and metal, that you most certainly do not want to be ingesting.

KraftHeinz, the owners of Kool-Aid, announced the recall on November 12th. Costco mobile app subscribers were able to receive the announcement through their mobile devices, which actually goes to show a legitimately helpful use for an app for a change. The recall seems to be isolated to the aforementioned Tropical Punch mix 82.5 oz packages. The affected items have a best when used by date of either 2023-08-31 or 2023-09-01.

It seems the contaminated products were sold exclusively at Costco.

Now, color me curious, but when metal and glass start finding their way into drink mixes, I kind of want to know why this occurs ad how often it does. In my quest for answers I stumbled upon an article from Time magazine in 2015 that revealed this Kool-Aid mess isn’t the first time Kraft has had to recall foods for metal particles being in them. Kraft was recalling over 240,000 boxes of macaroni and cheese during that time.

The article went on to say that this has been happening with numerous other products including ice that was sold at Wegman’s, Frosted Mini-Wheats, and Bay Valley Foods boxed pasta dishes. Why so much metal across various food products? Well, it seems to be from the manufacturing process itself. Machines being made of metal and all that, naturally mean that if they’re used for processing and packaging food, are going to bring metal into the area around that food. If machines break or are not properly maintained, they have the possibility of breaking down. When this happens around food, it’s distinctly possible that small metal shavings could end up in the food product.

This is of course, not to excuse this from happening. Just because breakdown of machinery is inevitable, doesn’t mean that proper maintenance shouldn’t be done or that quality control shouldn’t catch these things. We’ll probably never know just how many health and safety violations happen along the food manufacturing process, but then again, maybe it’s best for our own sake of mental health that we don’t know.

On a side-note, can we talk for a moment about how Kool-Aid has been getting a bad rap for decades because of the “Don’t drink the Kool-Aid thing?” I mean, yeah this has nothing to do with the product recall, but you’re already reading this and I don’t know when else I’ll have the chance to talk about this so let’s go and hope that my editor doesn’t chop this bit out.

So on November 18th 1978, over 900 Jim Jones cult members died in a mass suicide. The story behind all that is way too much to unpack right now. But for the purposes of this article, the point of interest is that many of the cult members died from drinking poisoned Flavor-Aid. Similar to Kool-Aid, Flavor Aid is a drink mix that came out two years after Kool-Aid as a competitor in 1929. It was actually this powdered drink mix that was used for the Jonestown Massacre, not Kool-Aid. But for whatever reason, maybe name recognition, maybe misreporting of the time, Kool-Aid became known as the beverage you shouldn’t drink.

Flavor Aid has not seemingly rushed to correct this misinformation. God only knows why… Oh yeah but for that product recall thing we were talking about earlier? You should probably contact Costco for a refund.