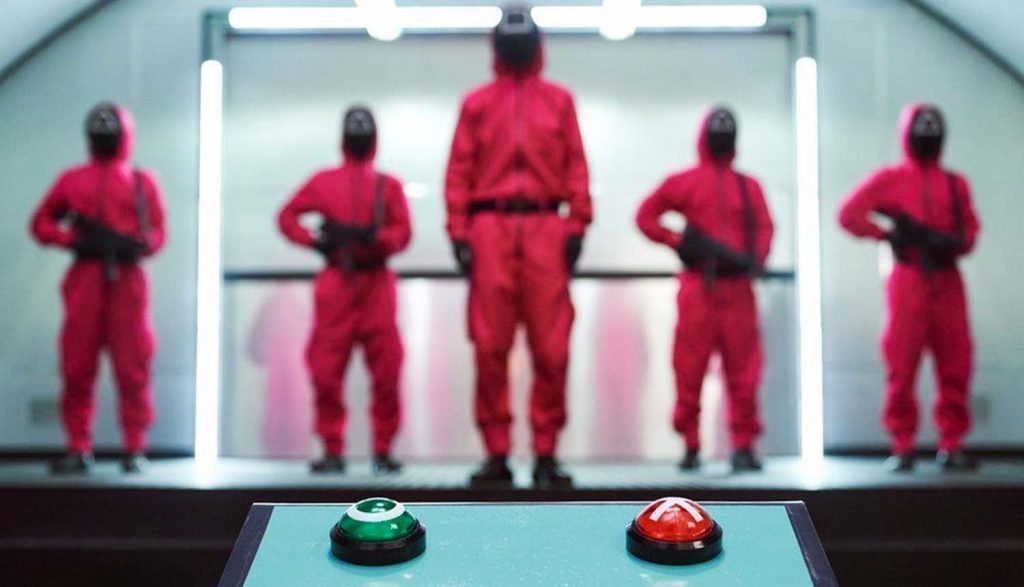 Netflix bingers rejoice! It seems that there is at least some official movement on more “Squid Game.” If you’ve been living under a rock, the Korean series has taken streaming by storm, becoming one of the most watched series on Netflix ever and thrusting its stars into the global spotlight. The internet has also been swept up in the “Squid Game” craze, with memes, fan pages, and even flooding the costume/cosplay scene for Halloween. Needless to say, fans simply can’t get enough of the murderous kid game show.

Luckily for fans, we may not have to wonder much longer as to whether or not a season 2 will actually come to fruition.

Creator Hwang Dong-hyuk told The Guardian, “Of course there is talk…That’s inevitable because it’s been such a success. I am considering it. I have a very high-level picture in my mind, but I’m not going to work on it straight away. There’s a film I really want to make. I’m thinking about which to do first. I’m going to talk to Netflix.” Hwang also discussed the physical, emotional, and mental toll the show took on him as well as the characters he created. He also talked about how while Netflix has made a killing from the “Squid Game” success, he got paid according to his original contract. He even joked, “It’s possible that I have to do season two to become as rich as Squid Game’s winner.”

It certainly sounds like Netflix wants to pursue more episodes, and luckily for fans it sounds like Hwang is opposed to the idea either. While talks are very, very, VERY premature and it sounds like the creator wants to pursue some unrelated projects, a season 2 feels a bit more likely now than it did at the very end of season 1. While we still have to wait and see, at least we know that the people who can make it happen are talking about possibly making it happen.

“Squid Game” is one of the best shows to come to streaming in a long time, and if you’re one of the few hold outs trying to clout chase about being the only person who hasn’t watched it, stop what you’re doing and watch it. I binged the entire series in one night, and I didn’t even set out to do so. It is thrilling, tragic, beautifully crafted and hard to stop once you start. I for one am stoked at the prospect season 2, and hope talks turn into action soon!