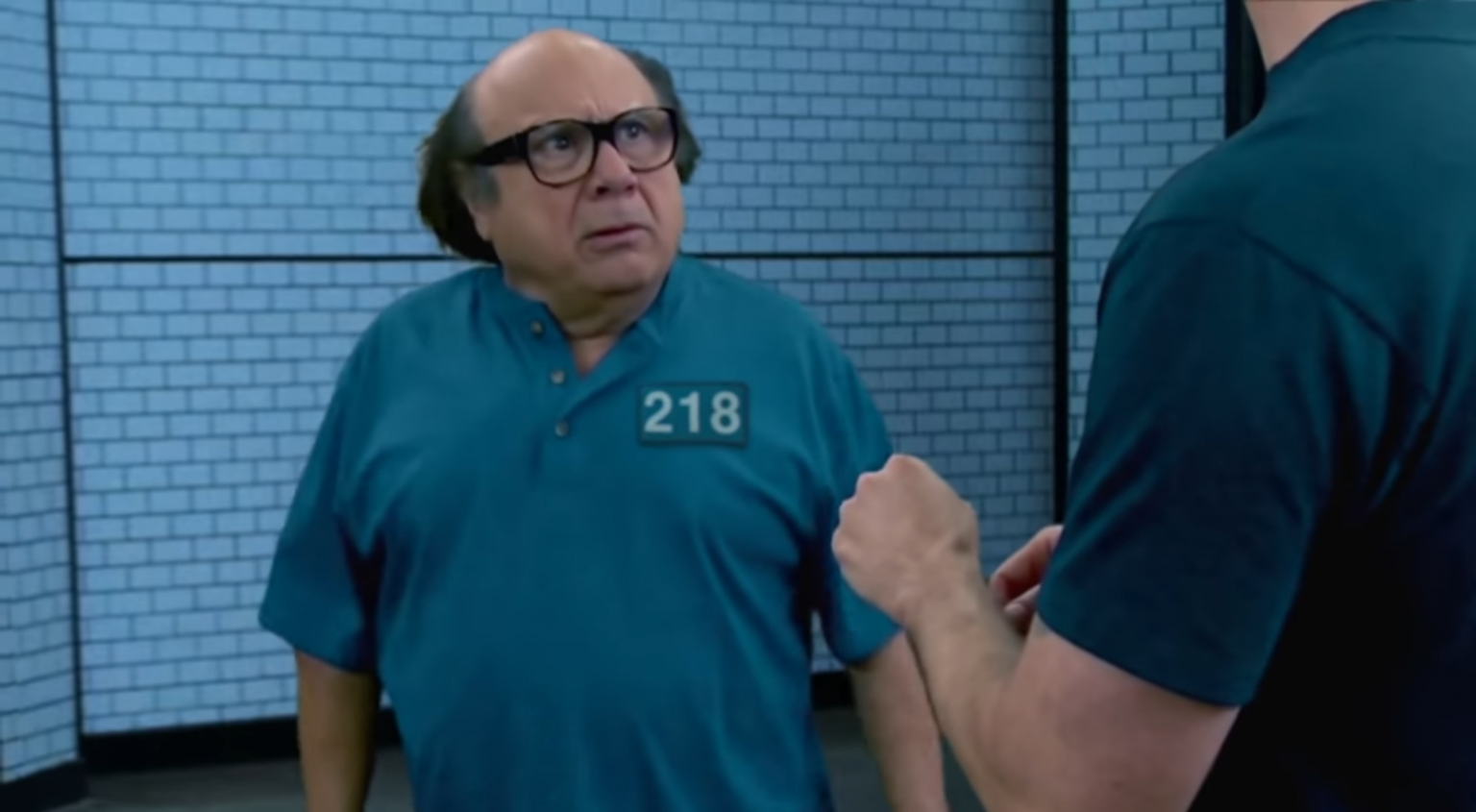 Danny DeVito in "Its Always Sunny in Philadelphia"
Funny

“Squid Game” has taken the world by storm and Netflix has yet again made a huge impact on media. And when something gets this big it’s bound to have parody and fan films made around it. One user on YouTube has mashed up one of our other favorite shows, “It’s Always Sunny In Philadelphia” and “Squid Game” and we’re kind of wishing it was real.

It’s not quite the quality of a Deepfake but you can still tell that they tried. And It’s pretty funny to imagine Frank and Mack as contestants in the game.

“Squid Game” is a series about hundreds of people trying to win money through deadly children’s games. Because of it’s popularity its been in the news several times. It’s been in the news because it was edited because people kept calling the number in the show, which also happened to be someone’s real phone number. Also in Korea they are trying to get Netflix to pay more for the bandwidth it’s using due to the shows popularity. People have also been creating really cool products for it. If you can’t get enough “Squid Game” you should check this out.