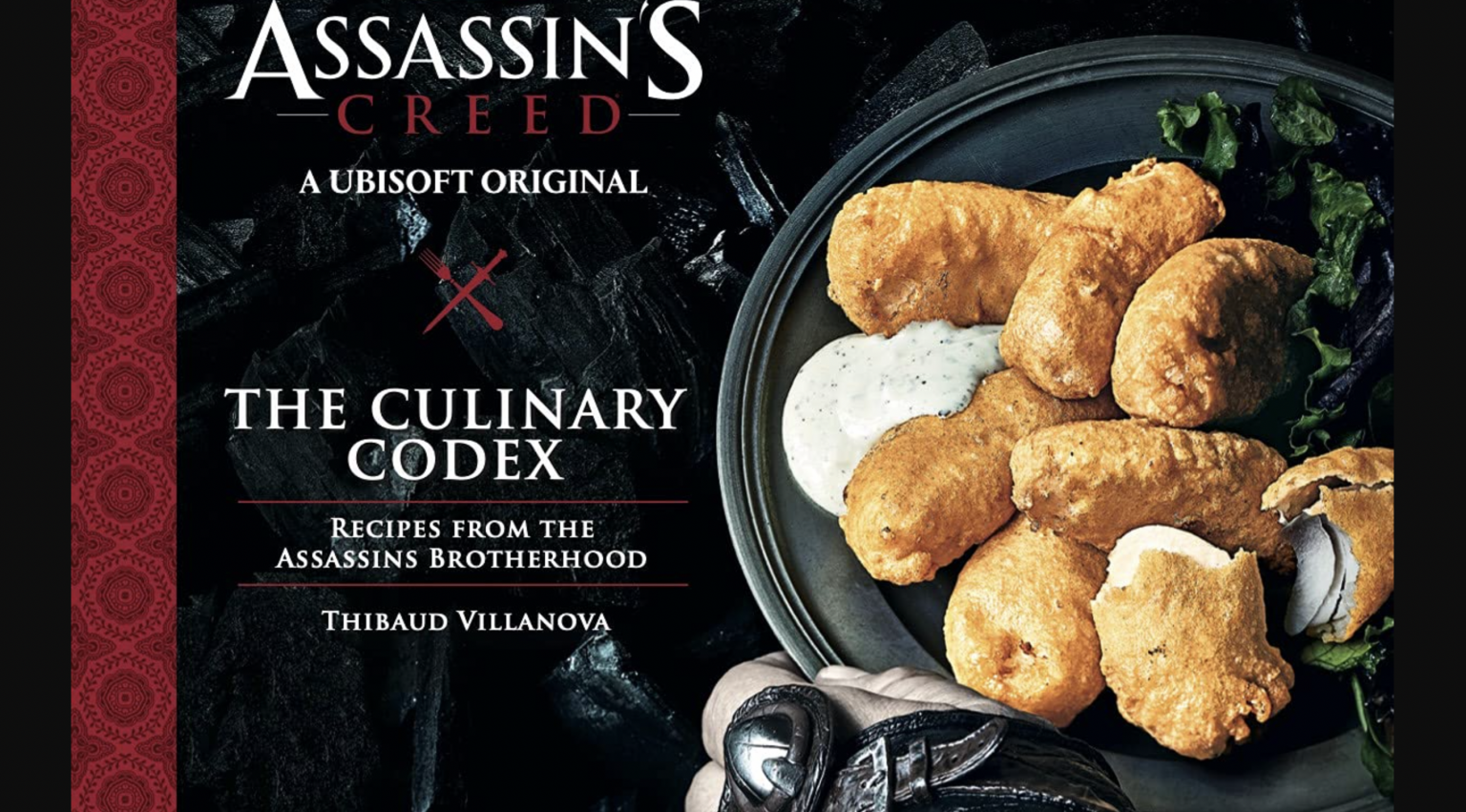 Every time I sneak around through back alleys and rooftops, stalking my prey and looking for that perfect drop down assassination with no witnesses and a perfectly executed stealth kill, I always think about one thing: food. I’m not entirely sure “Assassin’s Creed” warrants it, but apparently there is a new culinary cookbook inspired by the popular game franchise.

You know, for those of us who gotta finish all the side quests but wanna whip a quick mideval times turkey leg. Well, look no further gamers (or chefs now apparently). “The Culinary Codex” is set to release on December 14th, just in time for the holidays.

I’m not gonna lie, my interest is peaked despite my utter confusion as to who asked for this in the first place. “The Culinary Codex” comes full of game inspired recipes from eras with which the titular characters from the games existed. The official blurb is as follows:

“With 40 recipes across ten full menus – each inspired by the times and places where the most famous Assassins lived and fought – you can relive the highlights of the Italian Renaissance, the French Revolution and even Victorian London. Follow Altaïr, Ezio, Arno, Evie, Jacob and all the Assassins of the Brotherhood while enjoying their most celebrated dishes: Masyaf Moutabel, Davenport Homestead Soup, Boston Apple Pie, Colonial Coleslaw, Meringues Mirabeau, Rooks’ Bread Pudding and many more.”

The book is written by french chef and author Thibaud Villanova, who also penned “Gastronogeek: 42 Recipes From Your Favorite Imaginary Worlds.” Suffice it to say, Villanova is no stranger to combining nerdom with cooking, and while I’m not entirely sold of Ubisoft telling me how to make Boston Apple Pie, I’d be lying if I said I wasn’t intrigued. The book is priced at around $30, which averages out to be about a dollar per recipe. I guess if you’re a fan of the games, a fan of the kitchen, or just a fan of novelty nerd items in general, “The Culinary Codex” looks like it just might check all the boxes for a fun, unique Christmas gift.

Are you ready to enter the Animus for a hot and tasty meal?

You can preorder the cookbook on Amazon here.