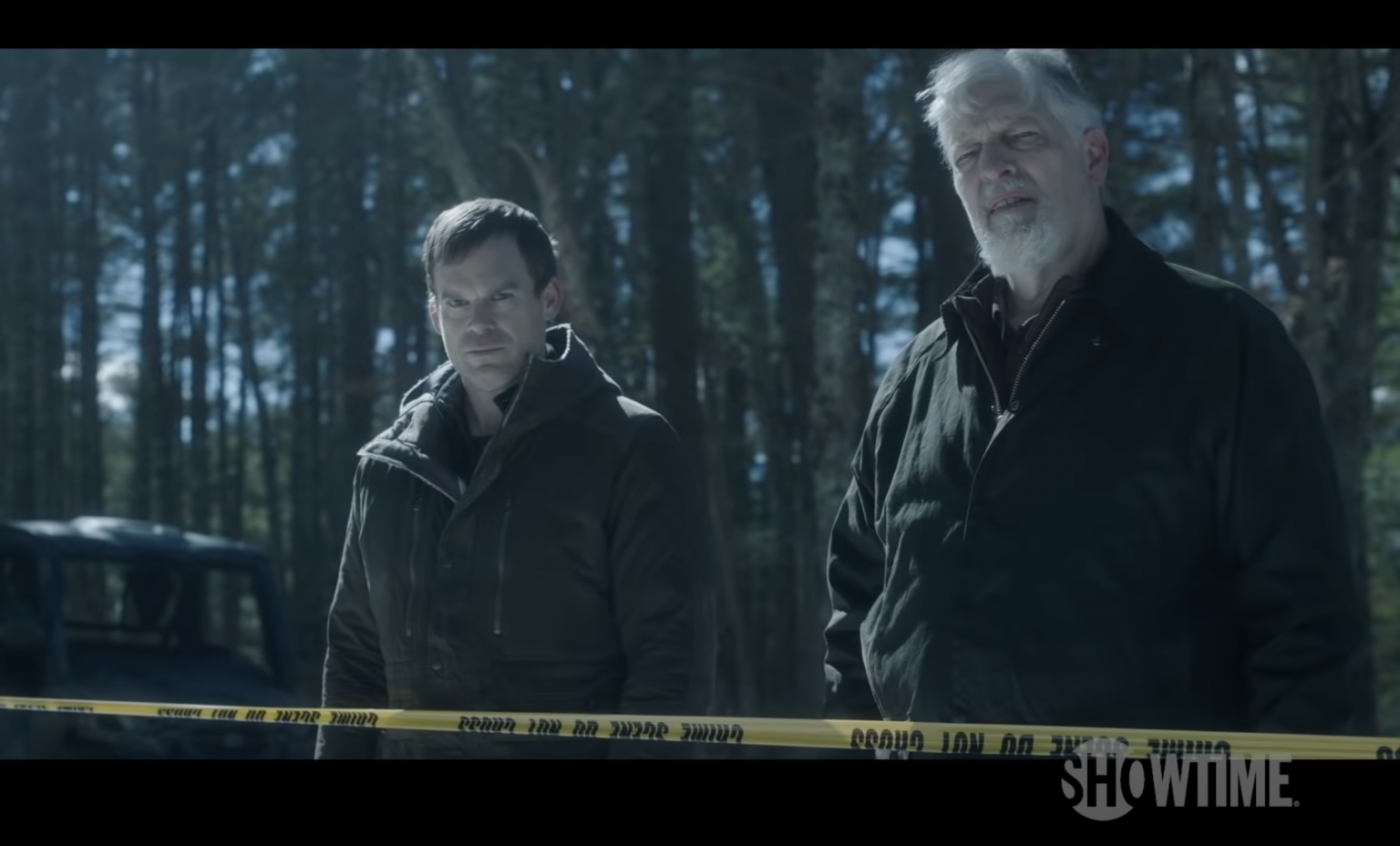 After months of gentle teasers and snippets of casting news, “Dexter” is finally dropping some bombshell trailers that give us a better indication of what to expect when the limited series revival comes to SHOWTIME. So, fair warning to you if you want to go into the episodes with as little information as possible, this latest preview has some potentially big revelations that you may want to avoid knowing.

If you’ve been following our coverage of “Dexter: New Blood” then you’ve seen us cover the misunderstood and around town teasers, as well as our summation of what went down at the SDCC 2021 panel. This latest trailer drop makes the previous ones seem almost completely inconsequential, as it brings us elements of the previous videos, coupled with a lot of new footage.

The trailer starts with a bait and switch of Dexter (Michael C. Hall) being pulled over by a police officer. He makes an effort to hide some cutting tools he has in his truck before the officer approaches the window. Come to find out, the officer pulling him over is his girlfriend (Julia Jones), doing some kind of flirtatious roleplay as she has him get out of the vehicle, feels him up, and starts kissing him.

We then see some familiar footage of Dexter finding his place in this town, being friendly with the locals, and even working at a sporting goods store. While he off-camera, narrates that he’s a ‘wolf amongst sheep.’ But, It would appear there’s another wolf at work. Dexter drops by the police station, presumably to visit his girlfriend at work, inquires about a missing child poster and some recent, unexplained disappearances.

The details start getting a bit murkier from this point on. There’s a hitchhiker being picked up by a big rig, Dexter marking off calendar days in blood, a police investigation with dogs, a sniper with a white face mask, objects being thrown into a fire, and what could very possibly be a vision of Dexter’s sister, Deb. It was previously announced that Jennifer Carpenter would be returning in some kind of capacity, so this isn’t too surprising.

What is surprising though is how at the very end of the trailer, we see a younger kid in Dexter’s home, and addressing him by his real name. Obviously, this is a rather distressing thing to Dexter, who then finds out that the person standing before him is his son, Harrison (Jack Alcott). And that’s the note the trailer cuts out on.

So if that’s not a meaty chunk of content to sink your teeth into while waiting for the new season to drop in November, I don’t know what is. When Dexter was at its peak, the show was one of the most tense and exhilarating dramas in recent television history. Those are lofty goals for “New Blood” to aspire to, and we can only hope that it does. Whether or not those goals are realistic however… well, maybe it’s just better to aim for doing better than the previous finale.

We’ll all find out together when “Dexter: New Blood” hits SHOWTIME on November 7th, 2021.