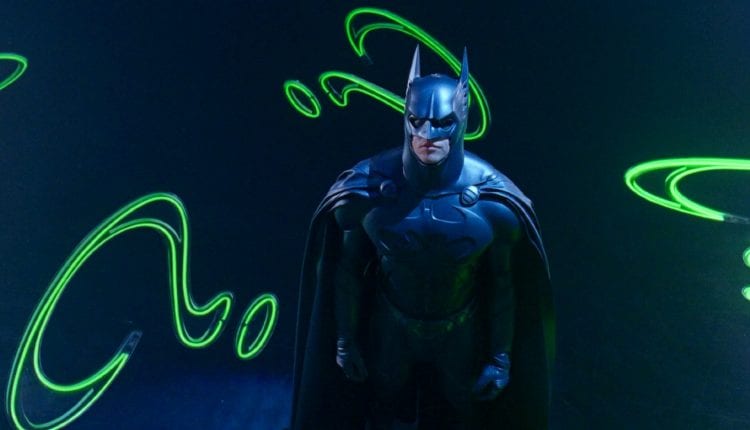 Former Batman Weighs In on THAT Bedroom Controversy

Unless you were hiding in your own Batcave this week, chances are you know about the current internet discourse about the caped crusader. If you are unaware….be prepared.

Warner Bros. Animation has a VERY popular adult-oriented animated series on HBO Max called “Harley Quinn.” Obviously, it centers on the DC Comics character and her adventures. It is decidedly NOT for kids, and has been able to continually touch on things the previous cartoons have not.

The quote read round the world:

“It’s incredibly gratifying and free to be using characters that are considered villains because you just have so much more leeway,” says Halpern. “A perfect example of that is in this third season of ‘Harley’ [when] we had a moment where Batman was going down on Catwoman. And DC was like, ‘You can’t do that. You absolutely cannot do that.’ They’re like, ‘Heroes don’t do that.’ So, we said, ‘Are you saying heroes are just selfish lovers?’ They were like, ‘No, it’s that we sell consumer toys for heroes. It’s hard to sell a toy if Batman is also going down on someone.’”

(In fairness to DC, both Halpern and Schumacker went on to say that the company has been remarkably supportive of their series and has allowed them to push the envelope numerous times. Still, it remains to be seen if Batman and Catwoman will be shown engaging in some bedroom antics in Season 3 or if it will simply be implied via cunning linguistics.)

Yeah. So….that started a multi-day “Mallrats” style debate about whether or not Batman (or Bruce Wayne, as opinions varied wildly) would indeed take care of his partners. Comic artists, writers, filmmakers, and stars from that other funny paper universe chimed in with some of the best jokes, observations and arguments we’ve had the pleasure of reading for years.

Oh, Clark Gregg, you are delightful.

Lists started appearing of all the live-action Batman actors, and who fans thought would, and who wouldn’t. These turned into long-form opinion pieces, and eventually, one former Batman felt he needed to weigh in. Enter one Val Kilmer, who played the Dark Knight in 1995’s “Batman Forever.”

Halpern had this to say after a full day’s discourse on the subject:

We will, Justin, we will, because HBO Max already ordered a third season.

Why Do You Need CD Keys for Gaming ?

Breana Ceballos May 24, 2022
Peter S. Beagle's "The Way Home" will continue the story of Schmendrick the Magician and Molly Grue from "The Last…
Horror