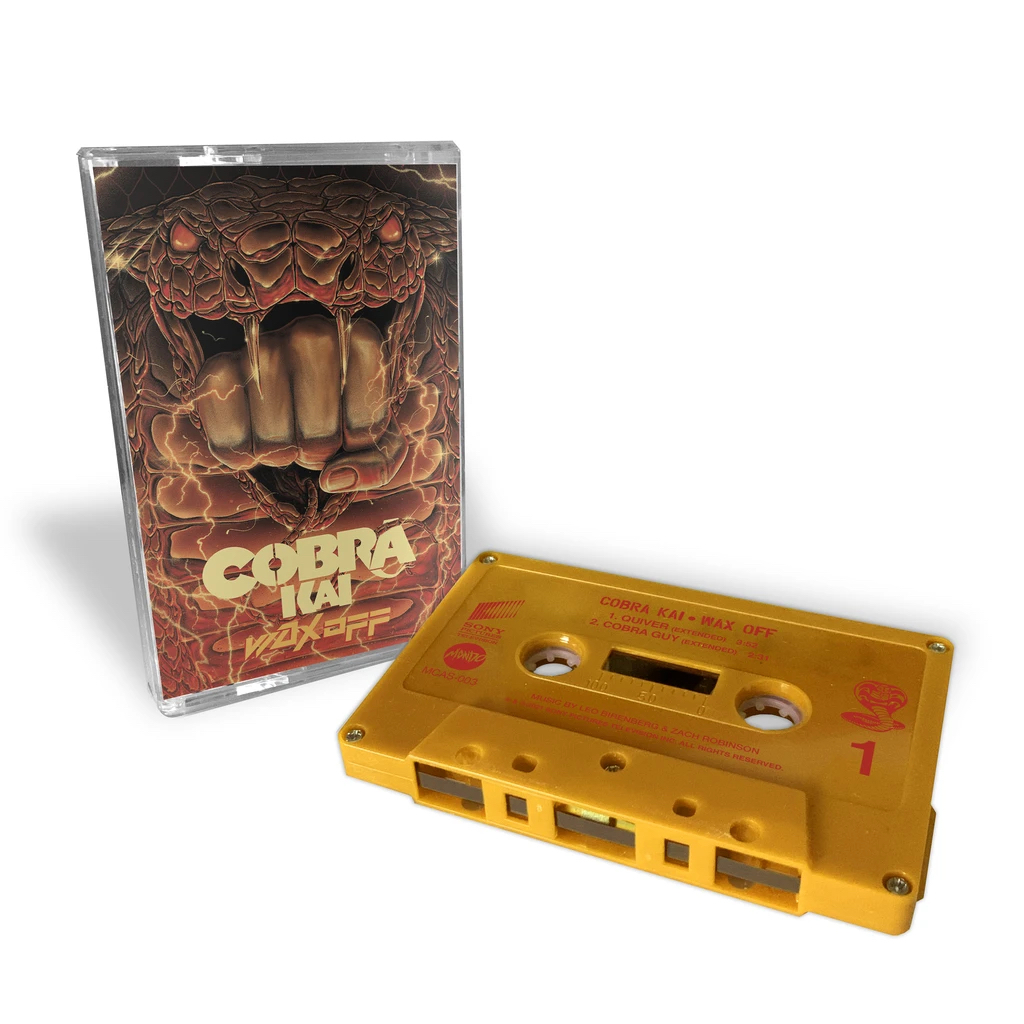 We wish we had a larger place to better display everything we want from Mondo. This week’s release happens to be one of our favorite retro-inspired warm and fuzzy modern series, “Cobra Kai.” Originally starting as a YouTube release, the show was picked up by Netflix, who have certainly made this “The Karate Kid” continuation their own.

Earlier this week, Mondo announced the “Cobra Kai” soundtrack release (which includes a cassette), and we were immediately hoping there would be a badass poster to go with it. Lucky us- there is.

Here’s what Mondo has to say about it:

“As a massive fan of COBRA KAI, I honestly just let the show art direct the poster. I wanted to create something Johnny Lawrence himself would proudly hang in the Cobra Kai Dojo. He’d want to be front and center, towering over LaRusso but most importantly … he’d want to look bad-ass. However, Daniel plays an integral role in the composition, symbolizing balance in his mission to bring peace between the two dojos.”

“Cobra Kai” season 4 just wrapped production. We’re not sure when it’ll hit Netflix, but seasons 1-3 are available to stream now.