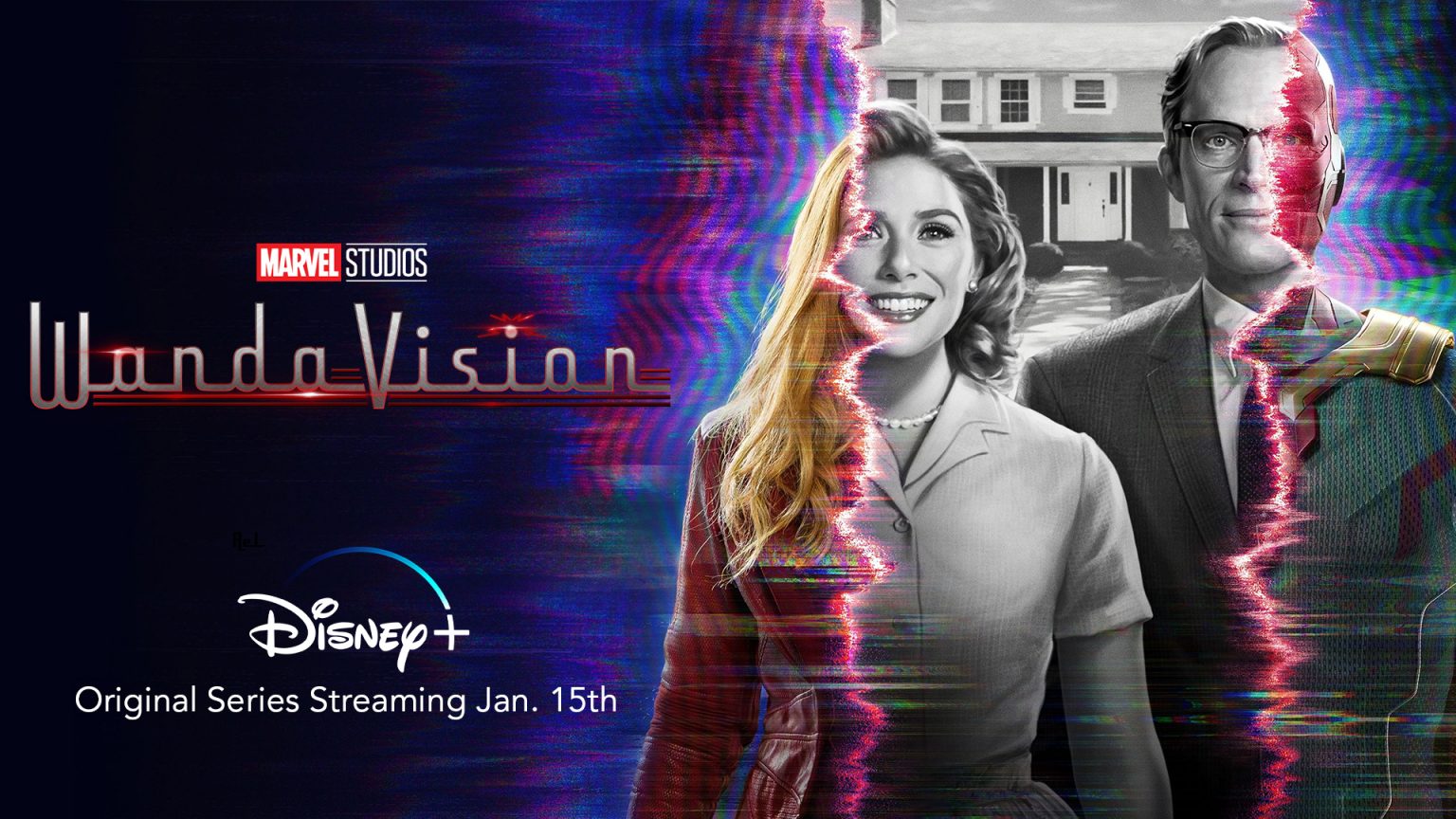 We might still be in the midst of a raging pandemic, and the cinematic release slate has been pushed around like so many Scrabble tiles being dumped off of a board, but we finally have the first entry into Marvel’s Cinematic Universe’s Phase 4. Rather than “Black Widow” releasing last year as had been originally scheduled, it’s the new “WandaVision” series, landing on Disney+.

To say it’s a strange beast is an understatement.

Each sub-30 minute episode is crafted following different sitcom from bygone eras. From “I Love Lucy” for the opening episode and “Bewitched” in the second to “Brady Bunch” and “The Mary Tyler More Show.” Each episode both follows the particular tropes and performance styles from the era, while also poking some fun at itself along the way.

Vision (played by “Knight’s Tale’s” Paul Bettany) and Wanda (Elizabeth Olsen) seem to know each other’s names, and are happily living in domestic bliss. But there’s vagaries around their lives (there’s a date on a calendar that seems to be relevant, but neither can remember what it’s for, before they decide it must be their anniversary.

Vision, in a traditional sitcom style, has a job at and office, but it’s unclear really what the company does – no one in the office really thinks much about it, beyond they are working on crunching reports. But then in most sitcoms the particulars of the character’s jobs are rarely solidified topics.

There’s a diverse cast of neighbors in “WandaVision“, which would never have been seen in the era on American television, but makes for a welcome appearance here. And more refreshing is that their presence isn’t any kind of story point.

One neighbor is the adult version of Maria Rambeau’s daugher Monica Rambeau, played by Teyonah Parris. We already know that the character of Monica is confirmed to appear in “Captain Marvel 2,” directed by Nia DaCosta. Monica is, in actuality, a highly powered MUTANT (I’m so excited that we can use the term again now that Disney owns Fox) herself.

A large part of the show over the first few episodes is getting used to this very stylized way of presenting a show. And in the midst of it, starting to pick up elements that aren’t quite right. Both Vision and Wanda begin to realize that something is amiss in their world.

Whether this is a dream, a pocket universe, limbo, or Truman Show kind of situation remains to be seen.

For younger viewers who may not have ever watched much pre-70s television beyond “Star Trek,” “Lost in Space,” and “The Twilight Zone,” the episodes will have some odd and very campy feel to them. Will someone wholly unfamiliar with the tropes find them funny to watch, when most of the humor comes from the familiarity.

They both are entirely aware of their powers, and they do their best (in true “I Dream of Jeannie” and “Bewitched” fashion) to keep the muggles from discovering their secrets. The couple does play as a bit of fish out of water as they are new to the town and their house. So the neighbors are coming by and checking out the newcomers, but don’t seem to be so much aware of being out of time or place as they just are trying to figure out why they feel something is a little off.

One thing that is frustrating is the ongoing brevity of this Disney+ series, with the pilot episode of “WandaVision” clocking in at right around 22 minutes, and the later ones not much more.

It’s great to have new Marvel and Star Wars content coming out, but they’re like reading the comics in the Sunday newspapers. Either nothing happens, or right as things get interesting, they cut to credits.

The first two episodes of “WandaVision” hit Disney+ on Friday, January 15th 2021, and then additional episodes will follow each Friday.