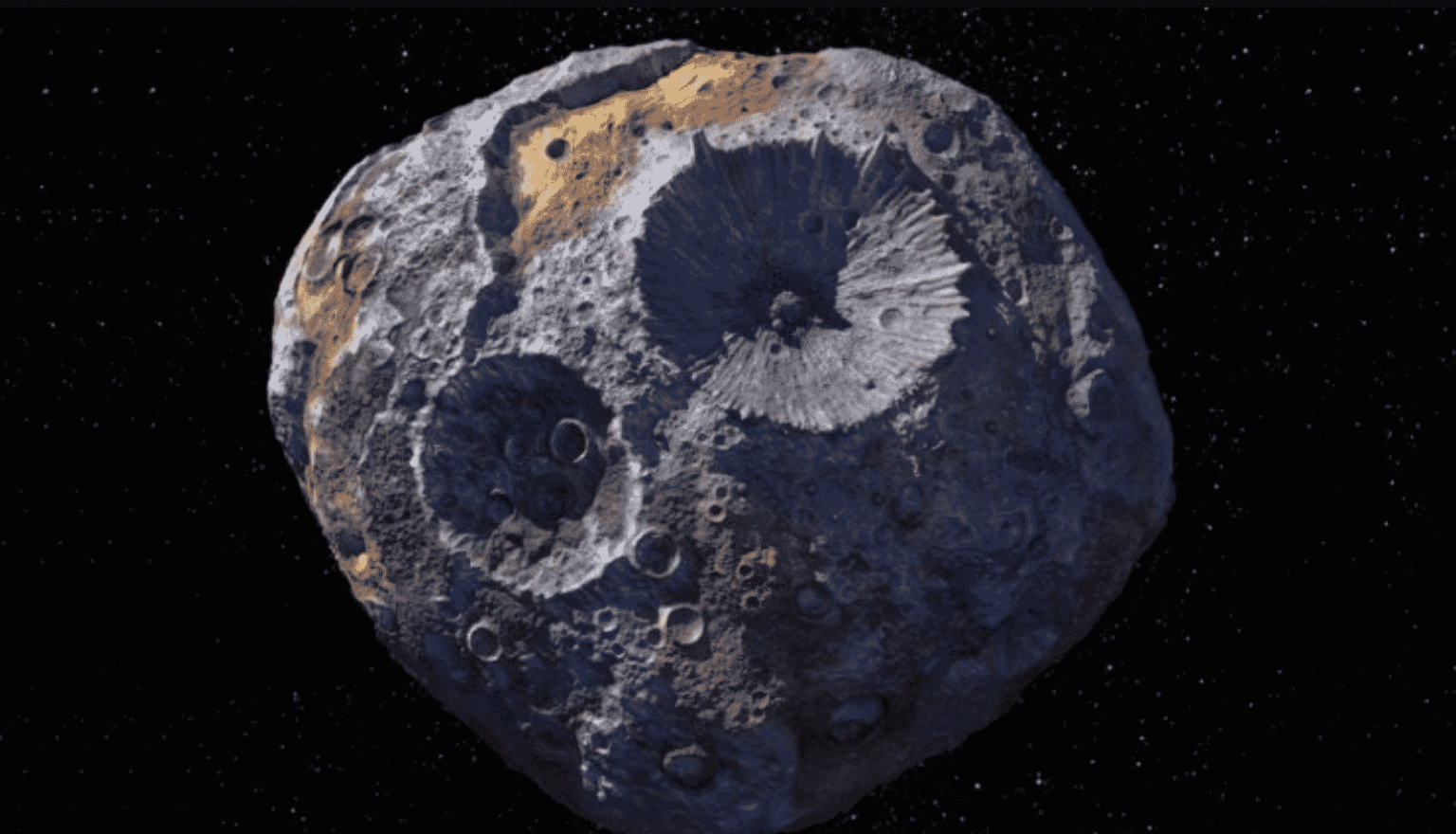 An Asteroid Worth $10,000 Quadrillion is Floating Through Space

16 Psyche is currently floating through space and is worth an estimated $10,000 Quadrillion. That number may seem like a lot, and to be honest it is. In comparison, the astrophysicist who came up with the value system for space objects puts the Earth at $5 quadrillion dollars.

NASA has been keeping an eye on it and are planning a trip out to monitor it for 26 months. The mission is set to deploy in 2022 where they will orbit it and take extensive calculations on its mass and structure. They are estimated to reach it by the year 2026.

They have done some tests already with the way light reflects off the surface which is why they think that it is made up of high iron composition. Though they did the ultraviolet light test they also note that since a small amount of iron mixed with rocky material can also give the same reflection results it is, “difficult to quantify the amount of iron that may present on the surface of Psyche.”

Researchers are thinking that the asteroid could have once been a planet’s core. They think that it was whittled down by numerous impacts leaving only the asteroid mass behind. This asteroid is estimated to be at least 90% metal with a composition of mostly iron and nickel.

You can read more about it at ExtremeTech.com.