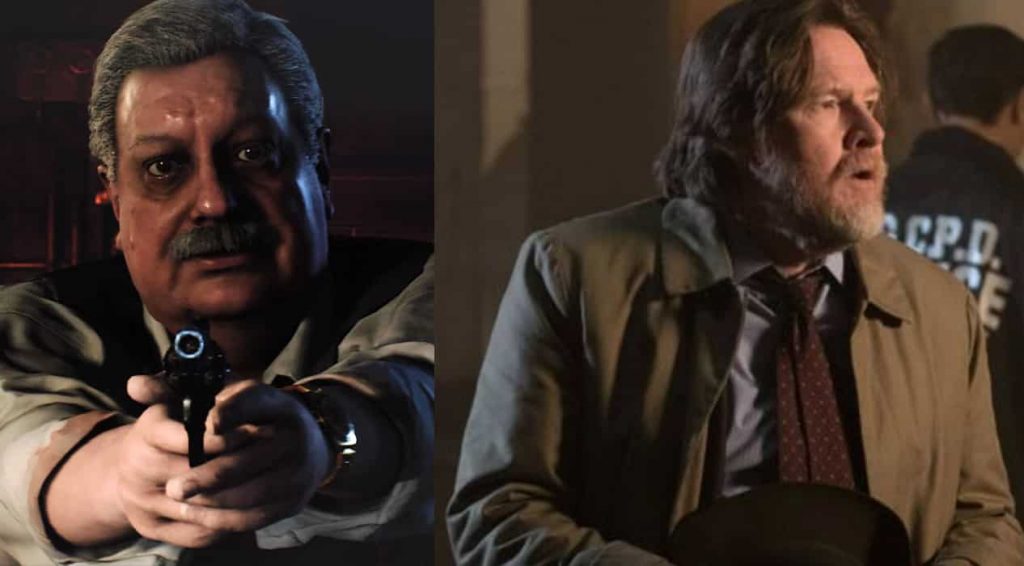 Donal Logue who is known in the geek community as “Gotham‘s” Harvey Bullock will once again take on the role of a law enforcement officer. He has taken the role of Brian Irons, Raccoon City’s Chief of Police for the upcoming “Resident Evil” reboot film.

Logue will be tasked to play a different type of law enforcement agent as the role is quite different from his portrayal of Harvey Bullock. In “Gotham” Harvey was brave and true. But Brian Irons of Racoon City? Not so much. He takes bribes and does some very corrupt things. It will be interesting to see Logue take on this type of role and watch him pull it off. We’re sure he is going to nail it.

What is weird though is that they are incorporating this character at all. Since he was a character put in the remake version of the second Resident Evil. But we’ll see what they have in store for us in due time.

“Resident Evil” the reboot is set to take place in Racoon City but other than that we don’t know much more. The plot remains a secret so we’re not sure exactly how much screen time Logue will have. Along with Logue they’ve also cast “Maze Runner’s” Kaya Scodelario as Claire Redfield, Hannah John-Kamen as Jill Valentine, Robbie Amell as Chris Redfield, Tom Hopper as Albert Wesker, Avan Jogia as Leon S. Kennedy, and Neal McDonough as William Birkin.

This is also not the ONLY “Resident Evil” thing we’re getting, as Netflix has an anime coming as well.

Personal Note: Also just want to add that if you know Donal Logue from “Gotham” you should also check him out in “Grounded For Life”. He plays the dad and it’s a great show.