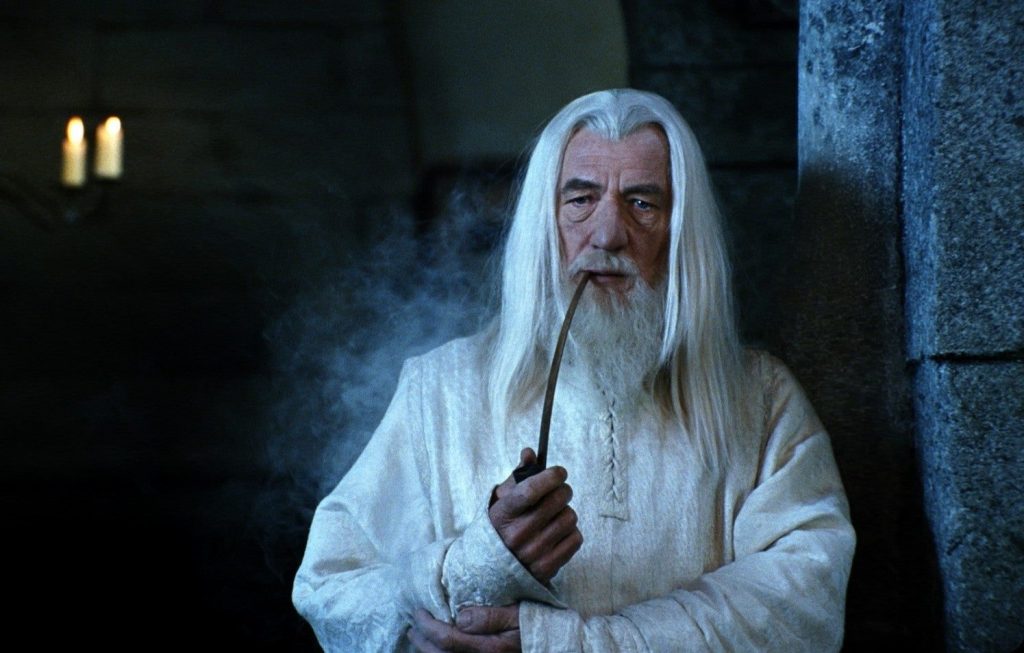 We’re thinking a lot about “Lord of the Rings” today, and we’ll totally blame Josh Gad and his “Reunited Apart” youtube series for it. If you missed today’s INCREDIBLE episode, the main of Peter Jackson‘s epic “Lord of the Rings” trilogies came together today for a heartwarming hour of goodness we needed.

We of course immediately needed to rewatch “Fellowship” following the episode, which made us again marvel at the amazingness of the talents involved.

Like, Sir Ian McKellen. WHO, by the way, still very much wants to play Gandalf.

In 2017, Amazon Studios purchased a giant catalog of rights, including $250 million to the Tolkien estate for the “Lord of the Ring” rights. They’ve been hard at work creating at least one television series, with the option (and probably the action) to create multiple titles. The first of these shows will be about young Aragorn.

This of course means that Gandalf could TOTALLY show up.

During a stop by “The Graham Norton Show,” McKellen commented on the possibility of someone else playing the color hued Wizard. Which is funny, because back in 2015, he notoriously said he was “done with Gandalf.”

“What do you mean, another Gandalf? I haven’t said yes because I haven’t been asked. But are you suggesting that someone else is going to play it? Gandalf is over 7000 years old, so I’m not too old yet.”

We would absolutely LOVE to see McKellen back in the beard and pointy hat. If you’ve never read through his on-set diaries, now is the time.

One star we know (or at least has said) he doesn’t really want to come back to Middle Earth is Andy Serkis.

“I don’t know if I’d want to go back into the Lord of the Rings realm,” he said. “I feel like I’ve spent a large chunk of my life doing that. I’ll say good luck and I think fresh eyes are probably a good thing.”

Needless to say, we’re REALLY hoping we get something new from Amazon about their LoTR series(eseseses) soon. And, maybe some “Wheel of Time” while we’re at it.