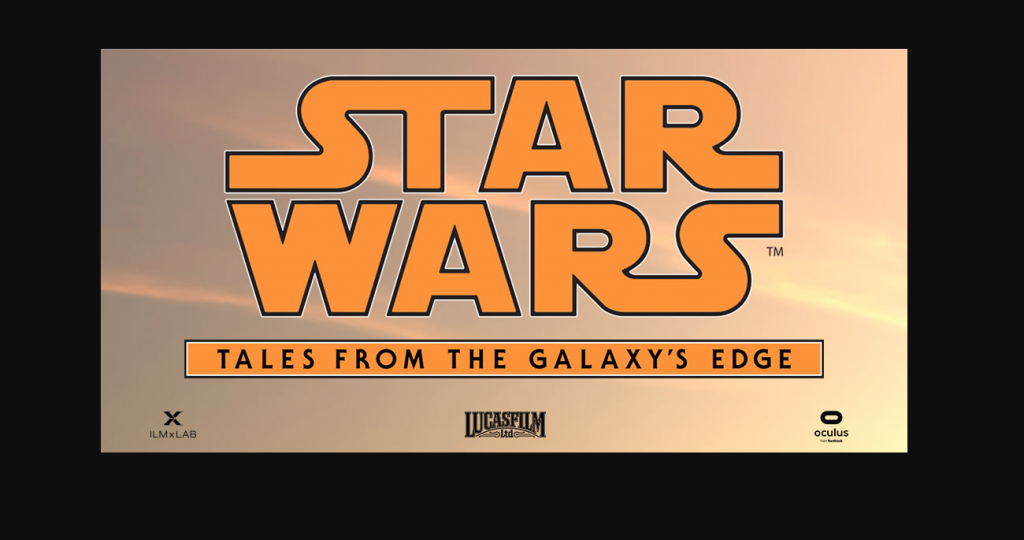 If you haven’t been lucky enough to experience the pure joy and imagination of Disneyland and Walt Disney World’s incredible Star Wars: Galaxy’s Edge, we have some good news for you.

Coming later this year from Oculus, you’ll be able to enjoy Tales from Galaxy’s Edge at home in VR!

From the official Star Wars announcement:

“We are so excited for fans to step into Star Wars: Tales from the Galaxy’s Edge later this year,” said Vicki Dobbs Beck, ILMxLAB executive-in-charge. “This action-packed adventure not only speaks to the promise of connected and complementary experiences by extending the lore around Black Spire Outpost, it represents another meaningful step in ILMxLAB’s quest to transition  from storytelling — one-way communication — to storyLIVING, where you’re inside a world making consequential choices that drive your experience forward.”

Star Wars: Tales from the Galaxy’s Edge, taking place between Star Wars: The Last Jedi and Star Wars: The Rise of Skywalker and set on the outskirts of Batuu’s Black Spire Outpost of Star Wars: Galaxy’s Edge, will give players the opportunity to live their own adventure and explore part of a galaxy far, far away in virtual reality. The original story will feature both new and iconic characters from the Star Wars galaxy with multiple styles of gameplay and difficulty settings to accommodate a wide variety of players, from Star Wars fans to VR gamers alike. Check out the official logo and concept art by Chris Voy from the experience!

“The rich storytelling in Star Wars: Galaxy’s Edge has redefined what a Disney park experience can be, and we are thrilled fans will have an opportunity to discover new stories, meet new characters and explore new regions of the planet Batuu in Star Wars: Tales from the Galaxy’s Edge,” said Scott Trowbridge, Walt Disney Imagineering creative executive. “Now our guests can immerse themselves in these stories both inside and outside our parks.”

We can’t wait to return to Batuu and Black Spire Outpost.

Bob Chapek says there are plans in place to reopen Walt Disney World in Florida as of July 11th.