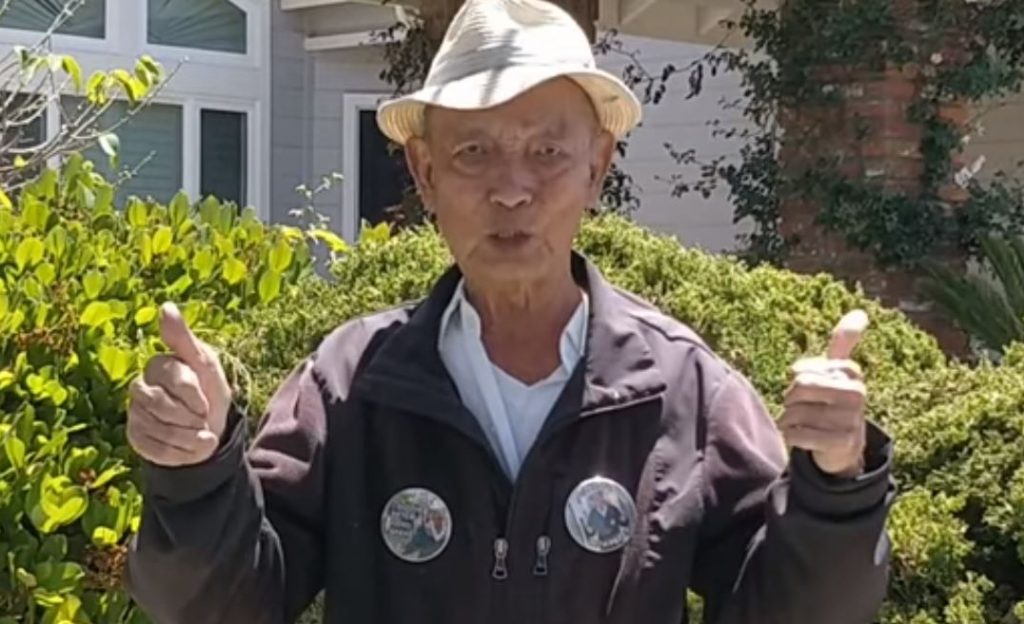 You may think that this is an odd article to write but for a lot of Disneyland goers there has been one thing on our minds. How’s Peter doing?! Dubbed the Clapping Man at Disneyland for always being a pleasure and clapping with people and shaking hands, Peter Tu has developed a reputation at the parks. Seeing him has become the highlight of many of our trips. And now that the park is shut down and we can’t see him all we have to go off of is his “Clapping Man at Disneyland” Fan page on Facebook.

I had messaged them earlier last month to ask how he was doing and his granddaughter responded saying he was alright. But now they have released an official video showing that he is doing well and we’re so happy to hear it.

With no set opening date for Disneyland we’re all waiting to be able to return to the park. There have been measures taken at the Shang-hai resort that has allowed them to reopen but California is not quite there yet. People are speculating that when Disneyland parks do reopen in the United States that Florida will be first. And they still have most of their employees on furlough.

All us Disney goes are just waiting for when we can start walking through the parks again. And eat that delicious food. Hopefully when we can go back we will get to see Peter and that for me will officially bring things back to normal.

What’s your favorite part about going to Disneyland? Do you have any local celebrities like Peter? Tell us in the comments!