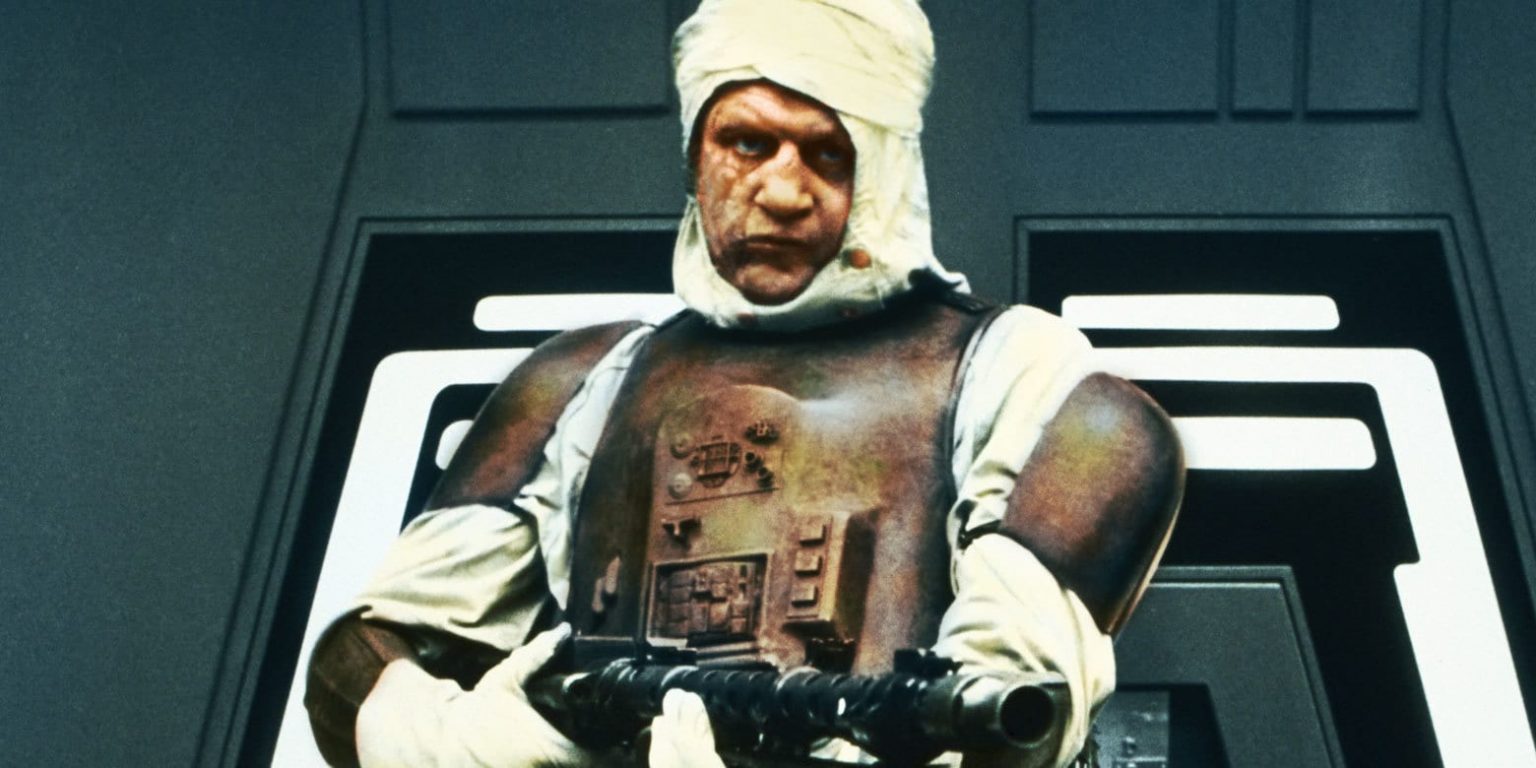 Simon Pegg Wants to be Bounty Hunter Dengar in “The Mandalorian”

Hey, Jon Favreau? We know you’ve probably got every single “Star Wars” fan buddy of yours across film and television trying to get you to cast them in upcoming seasons of “The Mandalorian” on Disney+, but this one is pretty great!

Simon Pegg really wants to play Dengar, one of the infamous bounty hunters featured in “Star Wars: The Empire Strikes Back.”

You may recall the man- the lone humanoid (well, he LOOKS human) without a mask in the lineup on the Death Star who are being sent out to hunt and capture Han Solo.

Anyhow- Pegg recently told our friends over at Collider that he would absolutely love to play Dengar if the powers that be at “The Mandalorian” ever want to bring the character in to the series.

“I’ve mentioned it a few times, but surely, if Taika [Waititi, director] and [series creator Jon] Favreau decide to bring Dengar into The Mandalorian, then I have some form [of experience] in the past having played him in Star Wars: Battlefront and The Clone Wars. So just saying. I heard they just employed Katee Sackhoff to play a character that wasn’t in the movies but she played it before in a different Star Wars thing, so just saying.”

We are TOTALLY in for this idea, especially since Pegg voiced the character twice already.

And you already know how excited we are for the addition of Katee Sackhoff to the cast (if it ends up being true).

“The Mandalorian” season 1 is currently streaming on Disney+, with plans for season 2.

Need your own Dengar to finish off your collection of bounty hunters? Check out Entertainment Earth’s Collectors Gallery figure, available now: