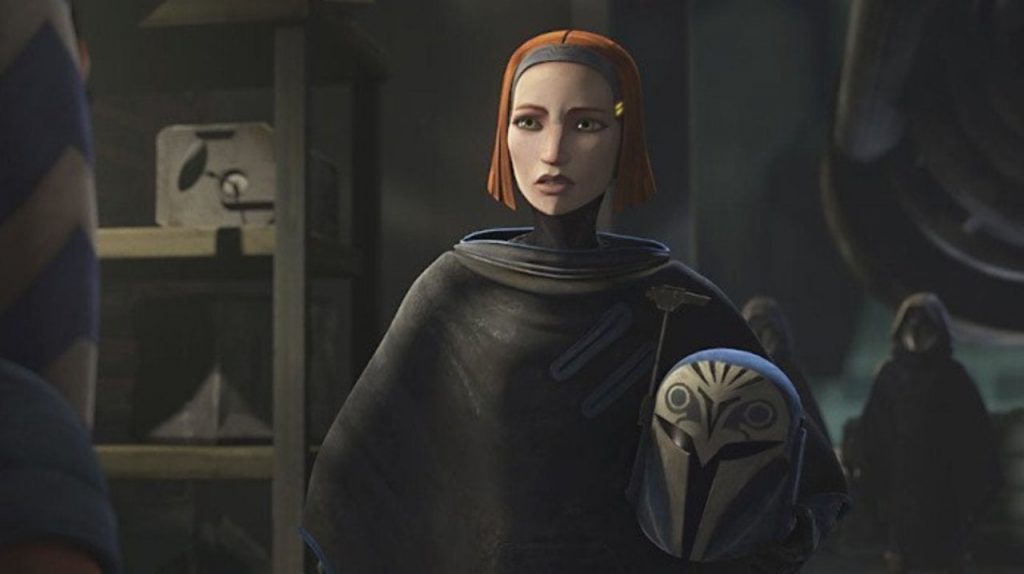 We are SO THRILLED to report that Katee Sackhoff will be appearing in Disney+ series “The Mandalorian” as Bo-Katan in season 2!

Bo-Katan Kryze was a human female who was the leader of the Nite Owls and a lieutenant in Death Watch, a Mandalorian terrorist group, and later during the Imperial Era, became Mand’alor.

Season 2 of “The Mandalorian” is already shaping up to be REALLY freaking awesome, with guest directors like Robert Rodriguez on deck for at least one episode of the live-action Disney+ series created by Jon Favreau.

After the stories of Jango and Boba Fett, another warrior emerges in the Star Wars universe. “The Mandalorian” is set after the fall of the Empire and before the emergence of the First Order. We follow the travails of a lone gunfighter in the outer reaches of the galaxy far from the authority of the New Republic.

This story is developing, thanks to /Film for the news!