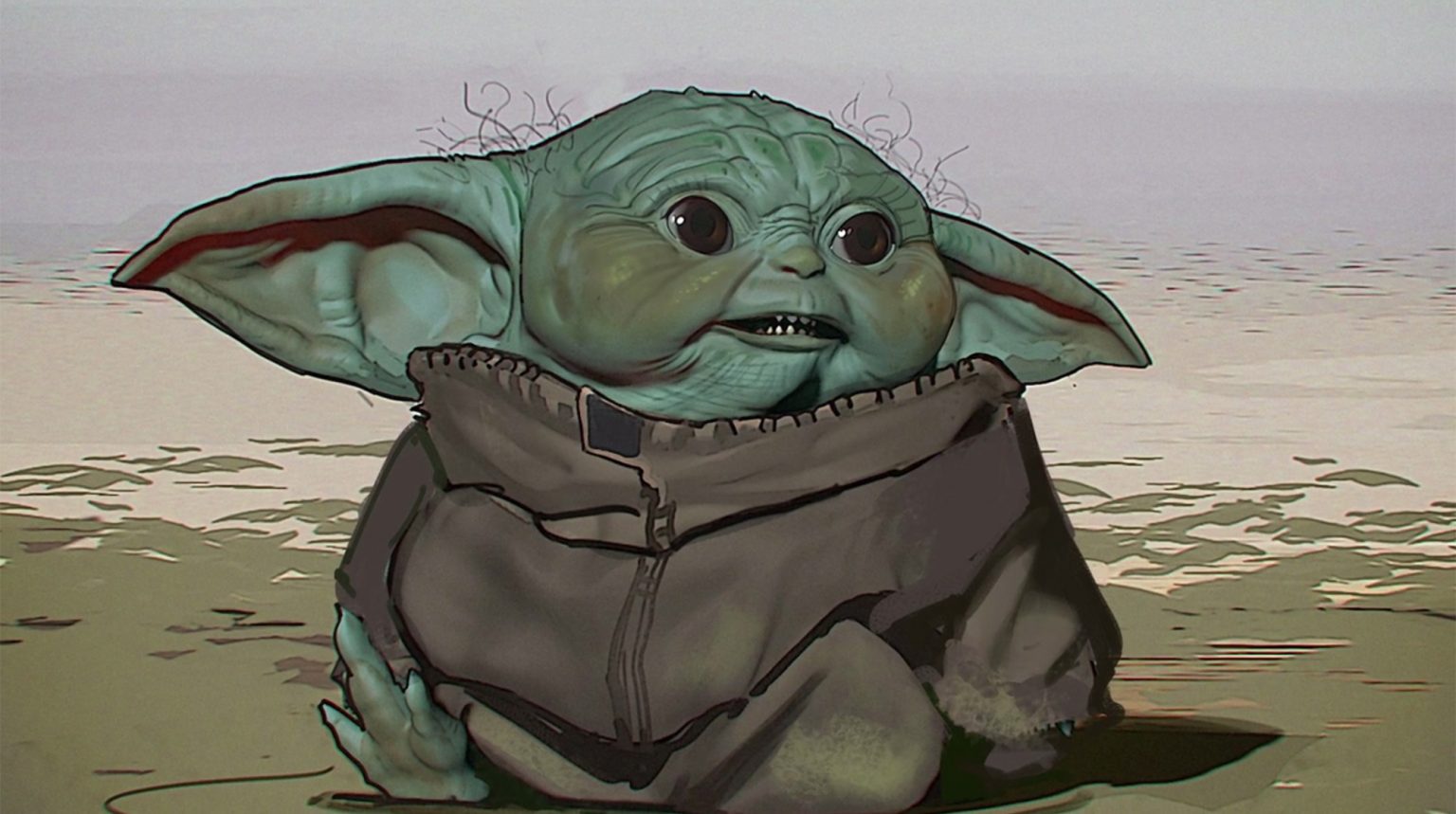 An early concept design for "The Mandalorian" character The child by Chris Alzmann. Photo courtesy of Disney+
Featured

Early Baby Yoda Design is the Stuff of Nightmares

Part of movie magic is making the audience believe that everything was done perfectly on the first try. We forget that much of what we see had humble beginnings and spends weeks, if not months on the editing room floor. What makes film and television great is not just the final product but the process of creation. Sometimes those beginnings can be better than the final product while other times the process creates greatness. Disney+ series “The Mandalorian” breakout star Baby Yoda is the latter. It’s hard to imagine The Child being anything other than adorable, but early designs prove that cuteness wasn’t on the first try.

As it turns out, the early designs of The Child were absolutely haunting.

In the most recent episode of Disney+’s documentary series “Gallery,” the crew discussed how Baby Yoda came to be. They discuss the use of practical effects and the early concepts for how he would look.

Thankfully, as seen here, they ended up making the right choice. No one in their right mind would want to look at this early design for more than a second. It looks like a monster the Winchester brothers would hunt on a episode of Supernatural.

“It was finally that one image that Chris Alzmann did that had him wrapped up in what looked like a piece of a flight jacket or something. And his eyes were a little weird, and he looked a little out of it, there was something a little off with it. But we found it charming, and that became the rallying image that we said, ‘This is good.'”

Luckily for us, the creators landed on the right design. Baby Yoda took the world by storm and has been a marketing and merchandising gold mine for Disney ever since. For fans, we get to enjoy more of the charming and adorable child instead of sleeping with the lights on.

Season 1 of “The Mandalorian” is currently streaming on Disney+, as is “The Gallery.”