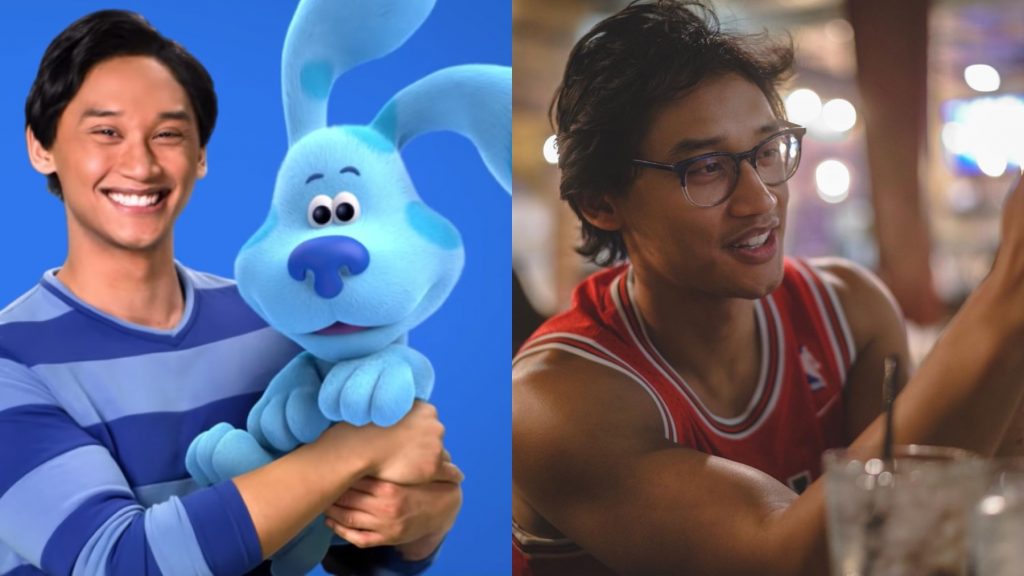 The Internet is Drooling Over Blue’s Clues’ New Host

Blue’s Clues first aired in 1996. It was an educational animated series with a live action host. Admittedly, I was a little past its target audience when it aired, but that didn’t deter me from singing along.

Through its 10 year run, the show had two different hosts. The first, and most recognizable, was Steve. Steve Burns landed the role as the show’s host based on the strength of his audition. He received a good response from focus groups of preschool aged children. Burns hosted Blue’s Clues for 7 years before moving on to something new.

Donovan Patton took over as the show’s host in the role of Steve’s brother, Joe. Yeah, I had no idea “Joe” was just a character’s name either, considering Steve was Steve’s real name! Joe took over as Blue’s pal when Steve went off to college. Patton won the role out of 1500 hopefuls thanks to his youthful persona. Like Steve, he also received a great response from a test of preschoolers.

The original run of the show ended in 2006, but 13 years later that’s about to change. Blue’s Clues is making a comeback and the new host has been causing a stir on social media.

Joshua Dela Cruz is a Filipino American actor and he’s making waves on the internet. Those who grew up watching the show now have a renewed appreciation for it, and some have taken to social media to voice their opinions.

It turns out the host is kind of…hot. Dela Cruz has been gracious about the attention he’s been getting, adding to the adorableness of it all. He stated in an interview with Buzzfeed:

“It’s definitely flattering. It is a little weird only because you don’t think in your life you’ll ever get this kind of exposure.”

Blue’s Clues & You is set to return on November 11, and the two former hosts are going to be making an appearance! Bring on the nostalgia — and some napkins for the drool.