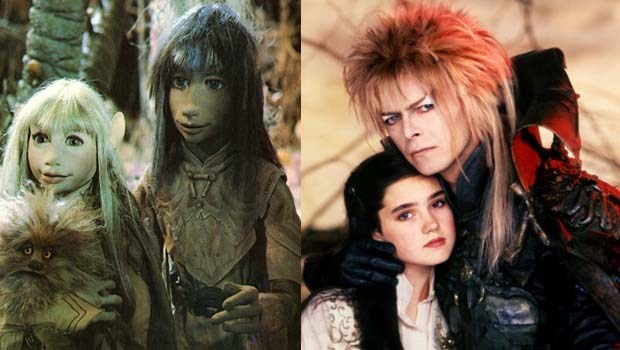 The Dark Crystal: Age of Resistance Originally Pitched as Labyrinth 2

The Dark Crystal: Age of Resistance which ties into the Original 80s Film titled The Dark Crystal wasn’t always the original plan.
Series creators Jeffrey Addis and Will Matthews revealed that they initially pitched the series as a sequel to the 1986 classic, Labyrinth.
Imagine their surprise when they pitch one story only to get a huge Netflix project instead.

Here are some quotes to give you more of an inside scoop:

“Will and I have been writing together for 10 years, and he didn’t drink when I met him, so I introduced him to alcohol and weird puppet movies from the 80s. We just would sit around for fun and break stories on things that we loved. It was an exercise, for us. So, we were literally sitting in a bar having some drinks and talking about how you would do Labyrinth 2, shortly after [David] Bowie passed away. That’s why it was in the zeitgeist. So, we came up with something that we loved and thought, ‘Let’s call the Henson Company,’ and it has led to this, which is so crazy.”

“It was a dream idea, to throw [our idea for LABYRINTH 2] out there and see what happens. But to have them come back and say, “What about THE DARK CRYSTAL?,” was incredible, so we jumped at it.”

“We went back to the bar, and got back to work. Jeff and I stayed up all night and worked on our pitch for a sequel feature film. And then, we went in and met Lisa Henson, and she said, ‘I’m so glad you’re here to tell me your idea for our prequel TV show.’ And we were like, ‘Yup, no problem. Got it. Here we go!’ You just meet and talk about it and share ideas. And then, you go in for another meeting, and [director/executive producer] Louis Leterrier was at that one, and that one went well. And then, a couple of weeks later, you’re pitching the whole series to Netflix, and you’re off and running.”

You can catch the full interview here.