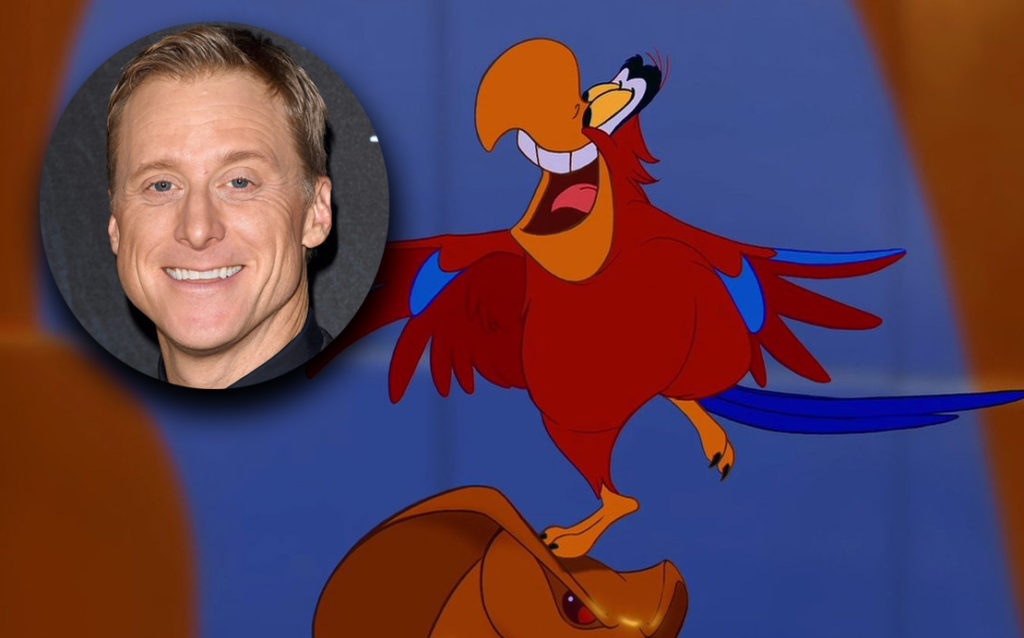 Alan Tudyk is a busy man. He’s been cast as Mr. Nobody in the DC Universe Doom Patrol Tv series. He’s also going to voice The Joker in the animated Harley Quinn series. And now comes word that the actor will voice the parrot Iago in Disney’s live-action Aladdin movie.

Maybe this shouldn’t be surprising, as Tudyk has quite the history with Disney. He has voiced characters in Walt Disney’s Animation features since Wreck-It Ralph in 2012: King Candy (Wreck-It Ralph), Duke of Weselton (Frozen), Alistar Krei (Big Hero 6), Duke Weaselton (Zootopia), Hei Hei (Moana), and Knowsmore (Ralph Breaks the Internet). He also voiced the droid K-2SO in Rogue One: A Star Wars Story.

Tudyk has acted in the films 28 Days, A Knight’s Tale, Dodgeball: A True Underdog Story, and I, Robot. He may be best known for playing Hoban “Wash” Washburne in the TV series Firefly and the movie Serenity.

Another trailer for Aladdin came out recently, which showed more of Will Smith as the Genie. Iago the parrot is seen flying around but does not speak. Now we know who will be his voice. (In the animated 1992 movie Iago was voiced by Gilbert Gottfried.) Other voice work in the movie includes Frank Welker who will voice Abu the monkey and the Guardian of the Cave of Wonders.

The live action Aladdin is directed by Guy Ritchie and is due to be released on May 24, 2019.