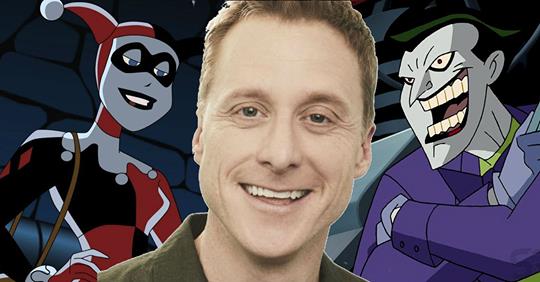 What does a firefly-class spaceship pilot, a candy themed royal race car driver, a thalassophobic (fear of the ocean) chicken, the duke of weaseltown (“it’s pronounced Wesselton!”), a weasel named Duke in Zootopia, and the clown prince of crime all have in common?

For years, Tudyk has entertained audiences across all age groups, whether on the big screen (Wreck-it-Ralph, Frozen, Moana) and the silver screen (Firefly, Powerless, Con Man), and now we finally get to hear the prolific actor take a turn as the Dark Knight’s ultimate villain and the on-again off-again romantic interest to the star of DC’s newest streamed show Harley Quinn.

During a recent interview with Diedrich Bader, who is returning for his own spin in the cowl since Batman: Brave & The Bold, it was let slip that Tudyk would be playing a “hilarious” Joker.

Tudyk is no newbie when it comes to taking on comedic vocal roles, and he could be the brightest and best thing about the entire new series. Sure, he’s not Mark Hamill,  but if he was trying too hard to be the OG animated Joker it would probably rub thousands the wrong way. The best way for Warner/DC to handle this newest property is to have fun and let him bring his own subtle style to the iconic role.

You can also catch more glorious Tudykness in Wreck-It-Ralph 2: Ralph Wrecks the Internet coming out November 21, 2018, as this leaf on the wind blows into a theater asap!

Fortnite Action Figures From McFarlane Are Available For Pre-Order