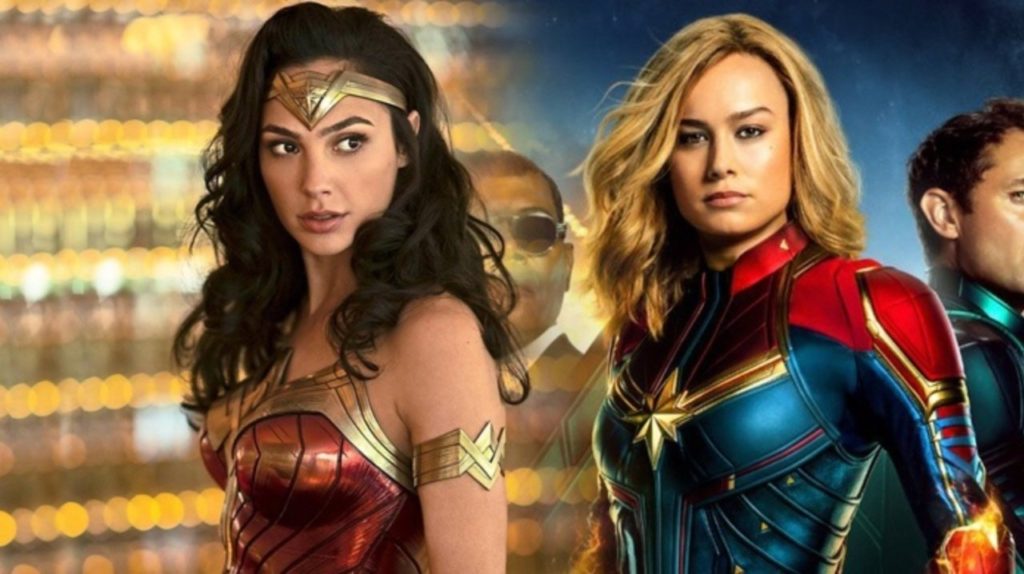 Fan wars have been around since the dawn of time. Either you like the Atlanta Falcons or the New Orleans Saints (hint Falcons are better). Some rivalries that can stand the test of time not matter the cost. Ever since Captain Marvel has come out, there have been those who agree that this is an amazing movie and say that she is better than Wonder Woman. There are others who believe the opposite and that she can’t hold a candle to Wonder Woman.

So naturally many took to social media to either cheer for one or the other. With twitter fans divided Gal Gadot surprised everyone by sending the most uplifting tweet to Brie Larsen. Gal Gadot herself showing support for Brie Larson is a step in the right direction.

“I’m so happy for you sister! Congrats,” Gal writes in support for her fellow Sister in arms, using a picture that was created by a very talented teenager Maxy Artwork.

Her congratulations was due to the enormous box office weekend that Captain Marvel had putting it at the highest that any female lead super hero movie has ever made in a single weekend. Captain Marvel grossed $153 Million in the US and Canada and an additional $302 Million internationally. This put the film at $455 Million for it’s opening weekend. People are speculating on whether this will hit the $1 Billion mark before the end of the run and many think that it will.

The truth is if it were not for Wonder Woman the numbers for the most recent film may not have been that great. Wonder Woman paved the way for Captain Marvel. The only difference is that Wonder Woman was released during the #metoo movement and much better received than Captain Marvel was. In the beginning people were skeptical of Gal Gadot as Wonder Woman but after she appeared briefly in Batman V. Superman the debates died down. There was not nearly as much push back for the film as there was with Captain Marvel.

Honestly this all puts a giant smile on my face as I love both Wonder Woman and Captain Marvel. Many agree that we need to put down the weapons and support one another. It’s nice to see women supporting each other instead of tearing them down. Both Gal Gadot and Brie Larsen are turning out to be great role models for young girls as well as full grown ones.