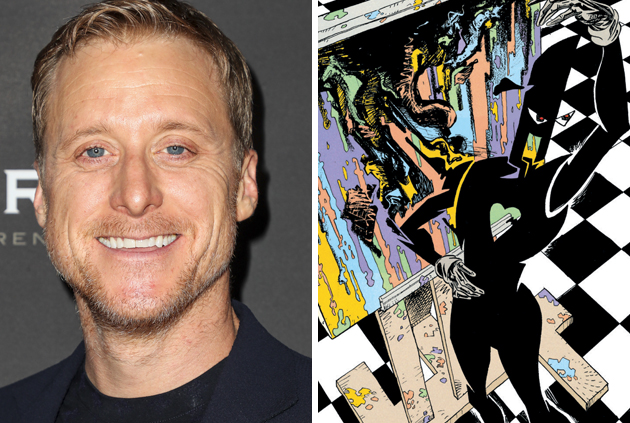 A new report from Deadline announces that The Doom Patrol has found its villain. Alan Tudyk (Suburgatory, Rogue One: A Star Wars Story) has been cast as Eric Morden/Mr. Nobody in DC Universe’s upcoming live-action series Doom Patrol, from Greg Berlanti and Warner Bros TV.

Written by Jeremy Carver, Doom Patrol is a reimagining of one of DC’s strangest group of outcasts: Robotman (Brendan Fraser), Negative Man, Elasti-Woman (April Bowlby) and Crazy Jane (Diane Guerrero). Led by the mysterious Caulder, they’re called into action by the ultimate hero for the digital age, Cyborg (Joivan Wade). Banding together, these rejects find themselves on a mission that will take them to the weirdest and most unexpected corners of the DC universe.

Here is the backstory of Tudyk’s character: After exposure to unknown experiments by ex-Nazis in post-war Paraguay, the man formerly known as Eric Morden emerges as a living shadow able to drain the sanity of others as the enigmatic, and totally insane, Mr. Nobody.

Tudyk recently co-starred on NBC’s superhero comedy series Powerless and voices a character on another superhero comedy, Amazon’s The Tick. He is repped by Gersh and Coronel Group.