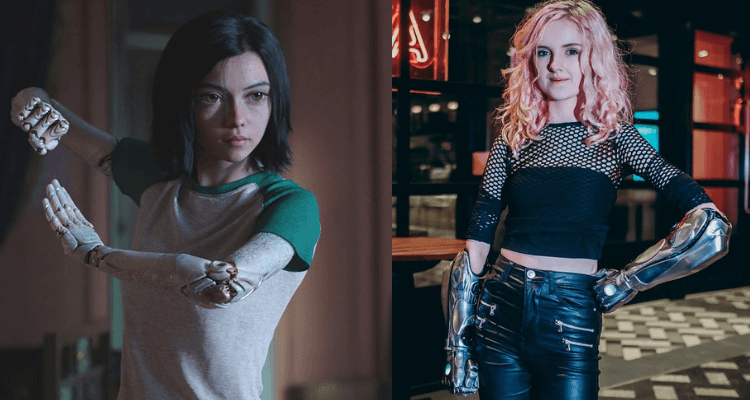 Alita: Battle Angel is a cyberpunk movie, based on the Japanese manga series Gunnm, that has to date grossed over $382 million worldwide. Its main character is a young cyborg who is determined to learn about her past when she awakens in a new body with no memory of who she is. But fiction became reality for a young girl from northern England who received state-of-the-art bionic hands from James Cameron and the team for Alita: Battle Angel.

Tilly Lockey had her hands and some toes amputated after surviving meningococcal septicemia at age 15 months. But she hasn’t let that slow her down. Now 13 years old, Tilly is an advocate of children with prosthetics and since 2016 has been collaborating with Open Bionics, a U.K. company developing bionic arms, by providing feedback on various designs after being fitted with one of their first prototypes.

Alita producer James Cameron is a big fan of Tilly saying, “Tilly has grown up to be an incredible person and has never let her disability hold her back in any way,” and “Prosthetic arms aren’t cheap, especially for children. As Tilly grows from baby to child and child to adult, she needs replacement arms to match her body as she gets older. So, we decided to have the Alita design team to work with Open Bionics to build her a bespoke pair of advanced prosthetic arms, that are affordable.”

Tilly was surprised with the new bionic hands before the London premiere of the movie, where she then walked the red carpet with film star Rosa Salazar (Alita).

According to Open Bionics, they collaborated with 20th Century Fox and the Alita team to build Tilly’s bespoke prosthetics, inspired by the movie, at the end of January 2019. The designed prosthetic is called the Hero Arm and according to the Open Bionics website is now available through private prosthetic clinics for people with below-elbow upper limb differences, aged 8 and above. Hero Arm is a 3D-printed bionic arm, with multi-grip functionality and empowering aesthetics. Affordable Alita-inspired prosthetic arm covers will also be made available for all amputees later in 2019. For more information, visit openbionics.com.