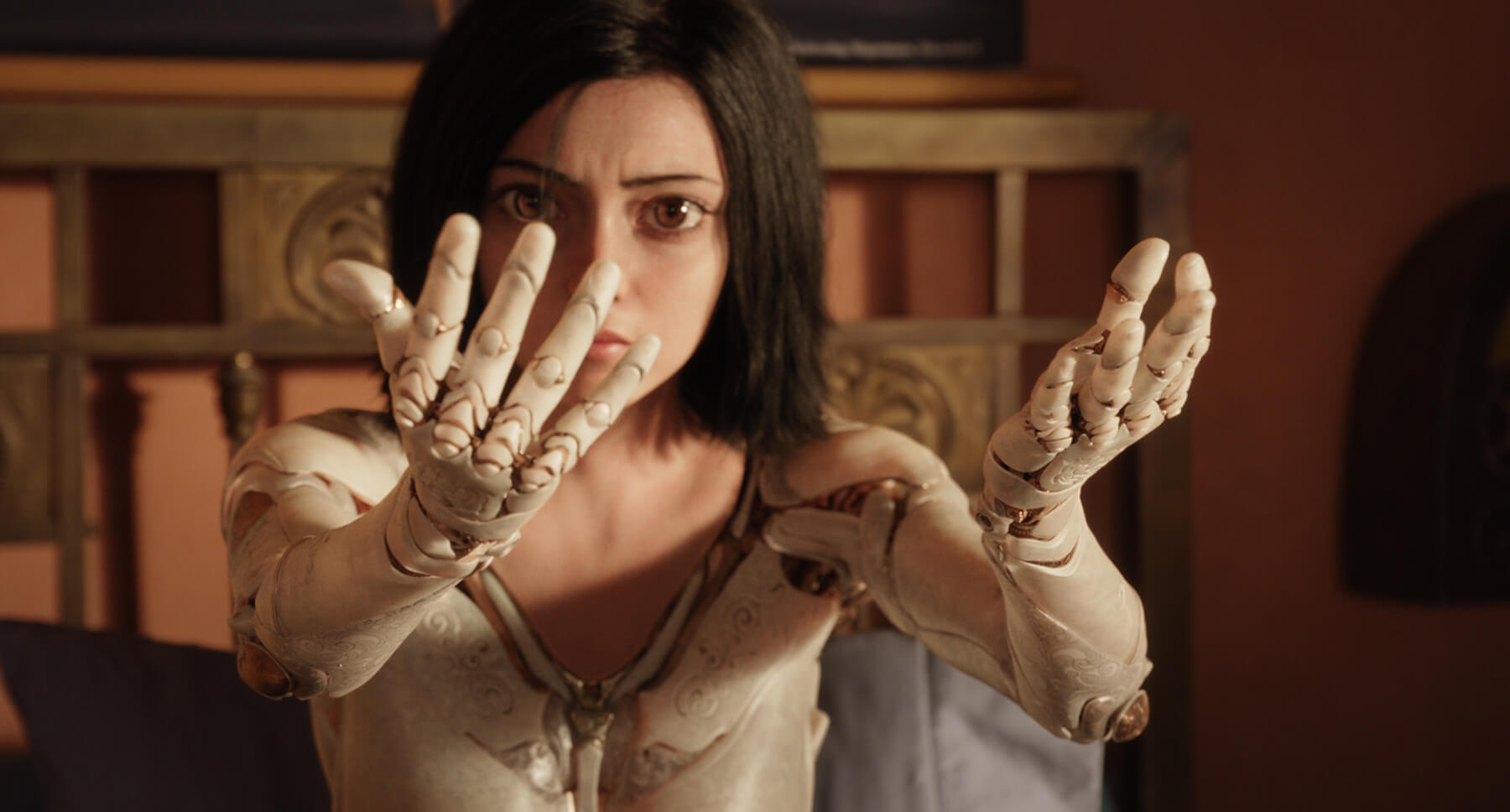 An article from Comicbook.com reports that Rosa Salazar opened up about the harsh reaction to Alita: Battle Angel from the series’ old guard anime and manga fans at the Crunchyroll Expo 2018 this weekend.

Salazar was at the convention all weekend, where Alita: Battle Angel undertook a promotional marathon. She plays the eponymous hero in the movie, and she was on a massive panel titled Alita: Battle Angel Manga to movie. The panel was transcribed by Deb Aoki for Anime News Network, and it featured a number of interesting tidbits. It also featured Salazar’s measured response to “gatekeeper” fandom.

“Right. We got a question earlier that was something like, ‘What do you do with the fans who are really into it, how do you deal with the negative side of fandom? Why do they feel like they’re the gatekeepers?'” she said. “Well, I’m a fan, and I understand why. The work is so precious.”

At first, Salazar said that she hoped fans would trust in the “visionaries” working on the film, assuring the audience that Robert Rodriguez, Jon Landau and the rest of the crew were first and foremost fans of the source material.

“It’s in the right hands,” she said. “I like to think that I did my part. That graphic novel was dog-eared, with lots of colored tabs.”

Of course, for all the fans that are dismissing the live-action Alita on sight, there are others who are ecstatic to see the adaptation. Still, in the panel, Salazar and the others did not address the most common complaint about the footage fans have seen so far: Alita’s eyes. Many fans simply cannot imagine watching a movie that is almost entirely live-action with those heavily animated eyes for two hours. Aoki herself addressed this issue more thoughtfully in two Twitter threads later on.

I’ll admit I felt super creeped out when I first saw photos & the Alita statue at the Weta booth at #sdcc – but after seeing a few scenes, I think that discomfort will fade as the story progresses. Kinda like how I felt when I watched Kaiji & its odd character designs pic.twitter.com/8Ca8oceRRg

“I’ll admit I felt super creeped out when I first saw photos & the Alita statue at the Weta booth at #sdcc – but after seeing a few scenes, I think that discomfort will fade as the story progresses,” she wrote.

“On one hand, one could wonder if they’re doing it in this movie just for the sake of having a big wow CGI effect that hasn’t been pulled off before,” she wrote later on. “It’s essential that Alita’s emotions come through seamlessly and believably since her emotions are the big driver of the story.”

Alita: Battle Angel goes back nearly three decades. It began as a manga called Gunnm, by Yukito Kishiro, and was later carried on in two anime original videos. It takes place in a post-apocalyptic future several centuries from now, where the wealthy live in the flying city of Tiphares, while the poor live amongst their garbage on the ground. Alita — originally named Gally in Japanese — is a cyborg with amnesia, who is found in a trash heap and revived.

Alita: Battle Angel hits theaters on Dec. 21, 2018. And we’ve said it before and we’ll say it again; Nerdbot is so excited for this film. Are you? Tell us about it in the comments!