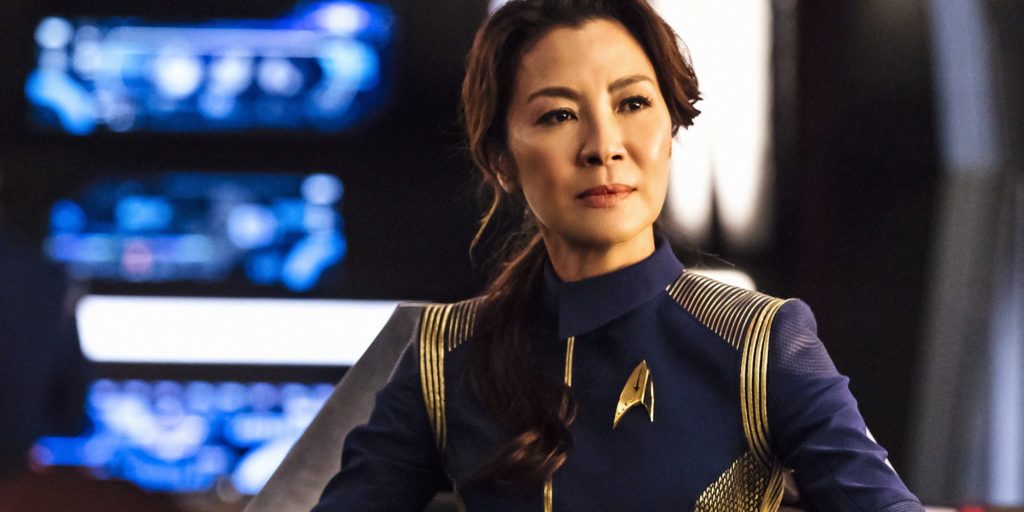 Last week it was announced that in addition to the new Picard Show and adult animated show Star Trek: Lower Decks that Michelle Yeoh will be getting her own spinoff series from Discovery.

Michelle Yeoh stated, “I’m so excited to continue telling these rich Star Trek stories. Being a part of this Universe and this character specifically has been such a joy for me to play. I can’t wait to see where it all goes—certainly, I believe it will go ‘where no WOMAN has ever gone before!'”

Spoilers from here if you haven’t watched Discovery.

If you have been keeping up with Discovery you have a lot to be excited about. Michelle Yeoh played the the late Philippa Georgiou that Michael Burnham was so deeply attached to. The climax at the end of the series was when Burnham went into the mirror universe and found Georgiou’s Doppleganger as the Emperor of the Terrain Empire. Georgiou came back to the regular universe with Burnham which cleared Michael’s name from murdering her captain and took over the place of the dead Philippa Georgiou.

The new story will be following Georgiou the imposter as she navigates the new world of the federation. It will tell us about her assimilation into
Starfleet’s Section 31 division. There are a lot of questions that they can answer as far as if the character will become good or if she will secretly try to dominate this new universe she has found herself in. How will she play the part? Will she fool us all? I’m thinking she is going to remain villainous but do a bang up job of hiding it. It will be great to watch unfold no matter what they do with the story. As a fan of the character I am definitely looking forward to this.

Counting this show it will be the fourth Star Trek show to be on television in the next year. The success of Discovery has echoed throughout the fandom and now we are finally getting GOOD Star Trek shows again. Of course it’s all up to what you like. If you enjoyed Voyager and Enterprise, more power to you!

Are you excited for more Star Trek shows? Tell us in the comments!