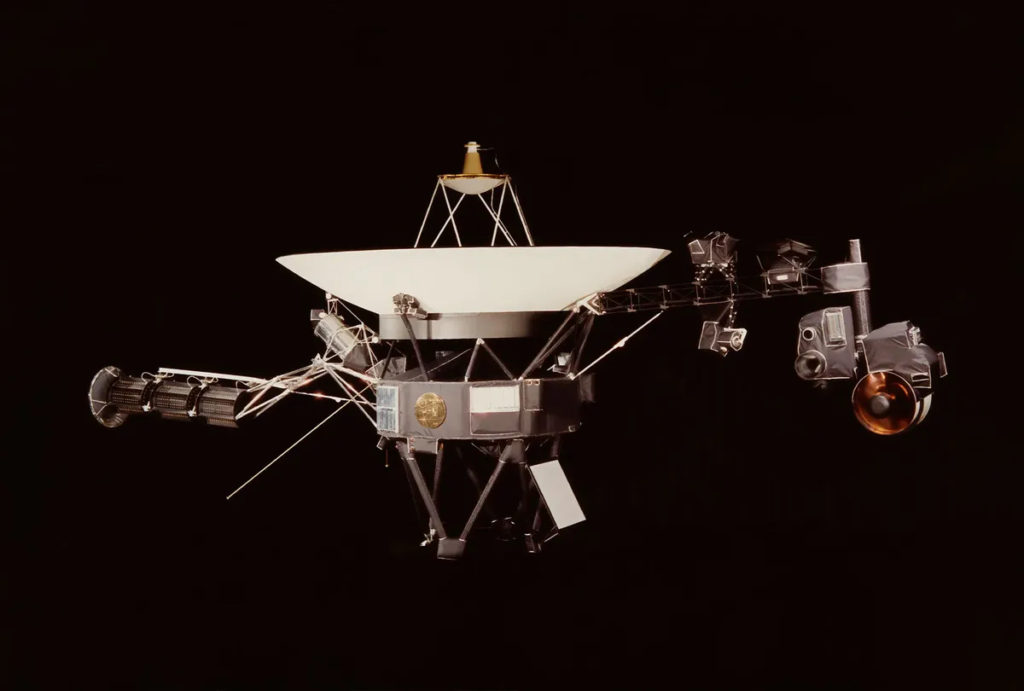 Cape Canaveral, Florida, 1977. A rumble shakes the air as Voyager 2’s engines roar to life. Propulsion and physics slam the surface of the Earth like a juggernaut, the spacecraft launches towards the stratosphere. Voyager 2 is amongst the stars, guided by the gravitational pull of the planets. Mission control cheers for the successful flight and Voyager 2 starts the 45+ year journey around our solar system.

Using the alignment of the planets was a concept conceived by mission designers in the 1960s. Gravity bends the trajectory of the spacecraft as it nears, making its way around the planets using an alignment that only occurs every 175 years! Two crafts, Voyager 1 and 2, launched to begin this epic space adventure two weeks apart from one another. Since then, the two crafts have returned hundreds of thousands of pictures of the planets they’ve passed.

These tandem spacecraft have taken some of the most impressive and astounding images of the heavenly bodies that make up our solar system. Some images of these floating spheres are unforgettable and fantastic; celestial marbles floating in vast darkness. Voyager 2 is the only of the twins to get images of Uranus and Neptune.

The two are now so far out in our solar system that it takes 18 hours to communicate back and forth between NASA and the Voyagers. Voyager 1 beat out its twin, leaving the Heliosphere (the bubble of solar wind created by the sun) on Aug. 25th, 2012. Voyager 2 made its way out six years later, finally joining its brother in uncharted territory.

How Far Will You Go, Little Spaceman?

Voyager 2’s transmissions are projected to continue until 2025. Most of its instruments have been turned off to conserve power. But it still dutifully sends back essential information. Like its brother, Voyager 2 comes equipped with a golden record containing knowledge courtesy of our little blue planet should anyone come across it.

Voyager 1 continues to transmit from deep space, but recent years have it sending back strange data that has NASA scratching their heads. Its diligent younger brother continues to transmit normally. As V2 continues its path out into deep space, we can only wonder what it might send back before it finally drifts out of signal range. Float on, little soldier, float on. Voyagers’ images are available to view on NASA’s Website.