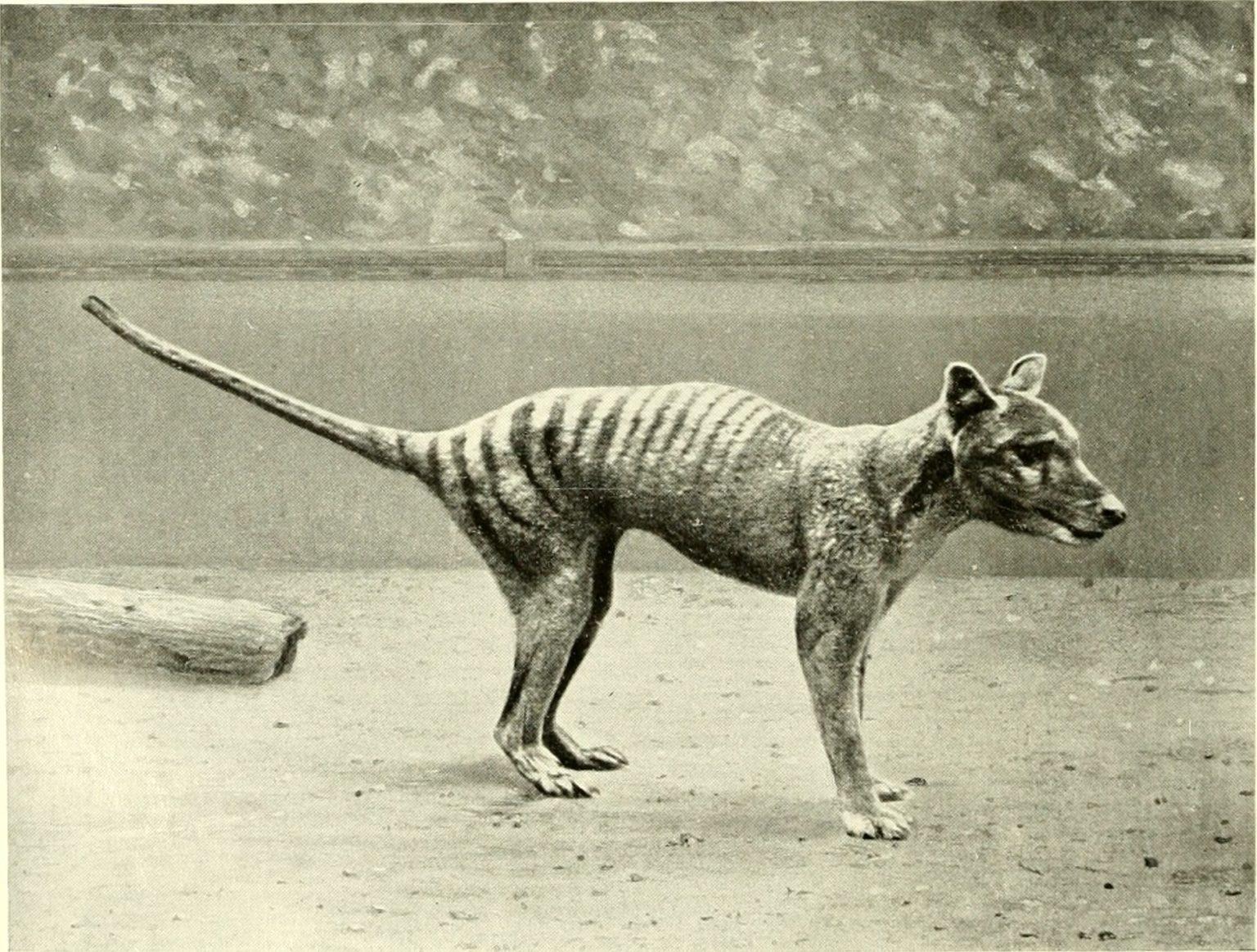 Yes, you read that headline correctly, and they’re not even robo-zombies this time. The University of Melbourne is collaborating with Colossal Biosciences in an attempt to resurrect a previously extinct striped carnivorous marsupial. Officially known as a thylacine, the Tasmanian tiger used to roam the Australian bush. This ambitious project will harness advances in genetics, ancient DNA retrieval, and artificial reproduction to bring back the animal.

About 2,000 years ago, the thylacine disappeared virtually everywhere except the Australian island of Tasmania. As the only marsupial apex predator that lived in modern times, it played a key role in its ecosystem, but was unpopular with the 19th-century European settlers who blamed thylacines for livestock losses, and hunted the shy, semi-nocturnal Tasmanian tigers to the point of extinction. Benjamin, the last Tasmanian tiger living in captivity, died from exposure in 1936 at the Beaumaris Zoo in Hobart, Tasmania.

Researchers are able to use genetic editing and artificial wombs to try and bring the thylacine back. Andrew Pask, head of the Thylacine Integrated Genetic Restoration Research Lab and leader of the project, explains that by harvesting genetic material from the tiger’s closest living relative – a mouse-size carnivorous marsupial called the fat-tailed dunnart – scientists will be able to identify and edit out the differences between them.

Once the team has successfully programmed a cell, Pask says stem cell and reproductive techniques involving dunnarts as surrogates would “turn that cell back into a living animal.” “Our ultimate goal with this technology is to restore these species to the wild, where they played absolutely essential roles in the ecosystem. So our ultimate hope is that you would be seeing them in the Tasmanian bushland again one day.”

Ben Lamm, a tech entrepreneur and co-founder of Colossal Biosciences, notes that the team hasn’t set a time line for the project, but remarked that the progress would probably be quicker than the project that he has undertaken with Harvard Medical School geneticist and CB co-founder George Church, a $15 million project to bring back the woolly mammoth. After all, elephants take far longer to gestate than dunnarts.

Tom Gilbert, a professor at the University of Copenhagen’s GLOBE Institute, notes that while the project is ambitious, it won’t ultimately be able to completely recreate the extinct species. Recreating the full genome of a lost animal from DNA contained in old thylacine skeletons is extremely challenging, and thus some genetic information will be missing. The team won’t be able to exactly recreate the thylacine but instead will end up creating a hybrid animal, an altered form of thylacine. Still, the project is incredibly exciting, and has great potential to help preserve other endangered species and possibly revitalize others that were once thought lost to history. Let’s just hope they don’t patch those gaps in the genome with anything unpredictable.