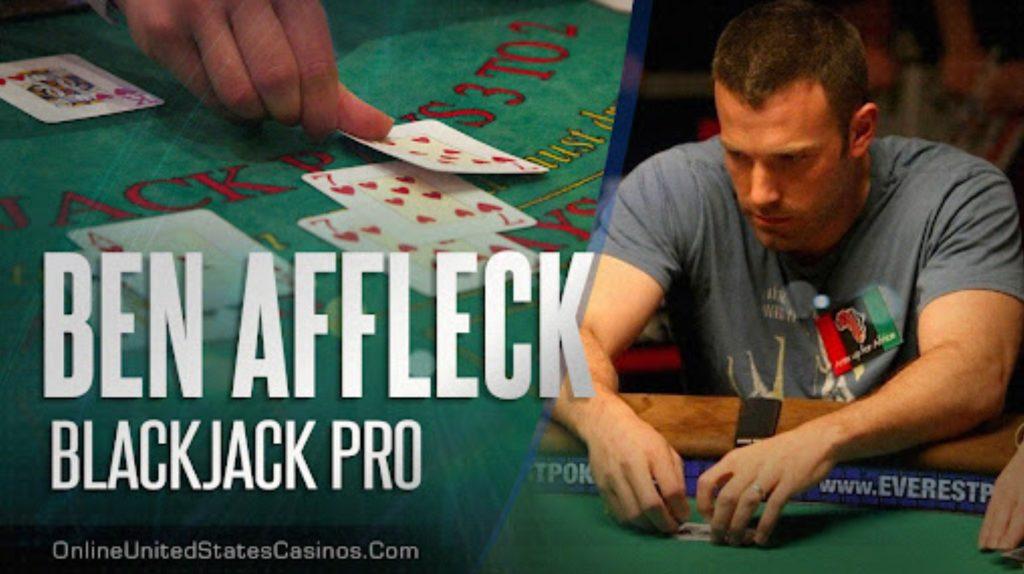 Benjamin Géza Affleck- Boldt, better known to the world as Ben Affleck, is an actor, writer, and director that has amassed an impressive movie career over the past two and a half decades. Most cinephiles likely first noticed Affleck in Richard Linklater’s coming-of-age 1993 film Dazed and Confused. Following it, Affleck made appearances in a couple of Kevin Smith comedies before making it to the big time, thanks to the drama Good Will Hunting, a film he co-wrote with childhood friend Matt Damon. His prolific resume boasts two Academy Awards for writing and producing and four Primetime Emmy nominations.

While creating narrative fictional tales is Affleck’s primary occupation, he also fancies himself a pro gambler, often spotted in gaming establishments in the wee hours of the night. His card betting prowess has gotten well documented over the years, up to a point where Affleck has gotten banned from Sin City establishments for suspected card counting. That is right. One of the DC Justice League film franchise stars is also a proficient card shark, as this actor, one of only six people who have donned the Dark Knight’s cape on the silver screen, has a terrific track record of taking up massive wins at casino tables.

In the subheadings below, Mr. Affleck’s gambling history gets examined, and an explanation follows why this California native has earned the reputation as one of the best celebrity gamblers ever.

Incontestably, twenty-one action is the top source of most Ben Affleck gambling-related headlines. Today, this game can be realistically played through blackjack live dealers or online services that connect you to a real casino through a webcam. The differences between streaming dealer action and casino floor gaming are negligible these days.

In April 2014, news broke that the Argo star got kicked out of the Hard Rock Casino in Las Vegas due to suspicions that he was counting cards. That is a frowned-upon practice where a player keeps a mental tally of the cards in play to gain an edge over the operator providing a blackjack game. Casinos, like any other business, have the right to refuse service. They can do so any time they please. Naturally, gaming spots seek to take advantage of this option when things don’t go their way.

The 2014 incident is not the only time Affleck has won too much at the Hard Rock. In 2001, he also swept the venue’s tables for $800,000. Hence, following his 2014 suspected card counting, he got banned from the locale. A few months later, in an interview, Affleck admitted that he was keeping a mental record of the card dealt, stating that it is ironic that once you get good at a game, casinos won’t let you play it anymore. Their hospitality is at peak levels when they think you are about to dump money in their lap, but the tide quickly changes when they are on the losing end of a session.

Note that card counting is not illegal, offline and online, and Affleck has recently returned to his Vegas gambling ways. The actor appeared in a new ad promoting the WynnBet sportsbook, highlighting the game’s benefits. And in 2021, paparazzi caught him playing blackjack inside a high-limit room at the Wynn Las Vegas at 3 AM, surrounded by the venue’s security.

Blackjack aside, Ben Affleck is quite the poker player too. According to the Hendon Mob Poker Database, the world’s most sizable directory of its kind, at the time of writing, Affleck’s career live cash game earnings are $356,400. Almost all of Affleck’s listed prize funds stem from him claiming the number one spot in the 2004 California State No Limit Hold’em Championship, a tournament with ninety competitors. He was slightly active on the No Limit Holdem scene in the early to mid-2000s, when he also allegedly took part in underground high-stakes poker games organized by former skier Molly Bloom.

Affleck’s family has a well-documented history of alcohol and drug addiction, with two of his grandparents suffering from these afflictions and an uncle. As many likely know, these issues frequently get tied into impulse control disorders. Incidentally, gambling also gets classified as one, stimulating many brain regions like other addictive behaviors.

Affleck has battled through anxiety since his mid-20s and has been to rehab for alcoholism. Given his family’s mental health problems, it is not unreasonable to assume that he is also prone to not managing his impulses successfully. This article was written in collaboration with online gambling experts.