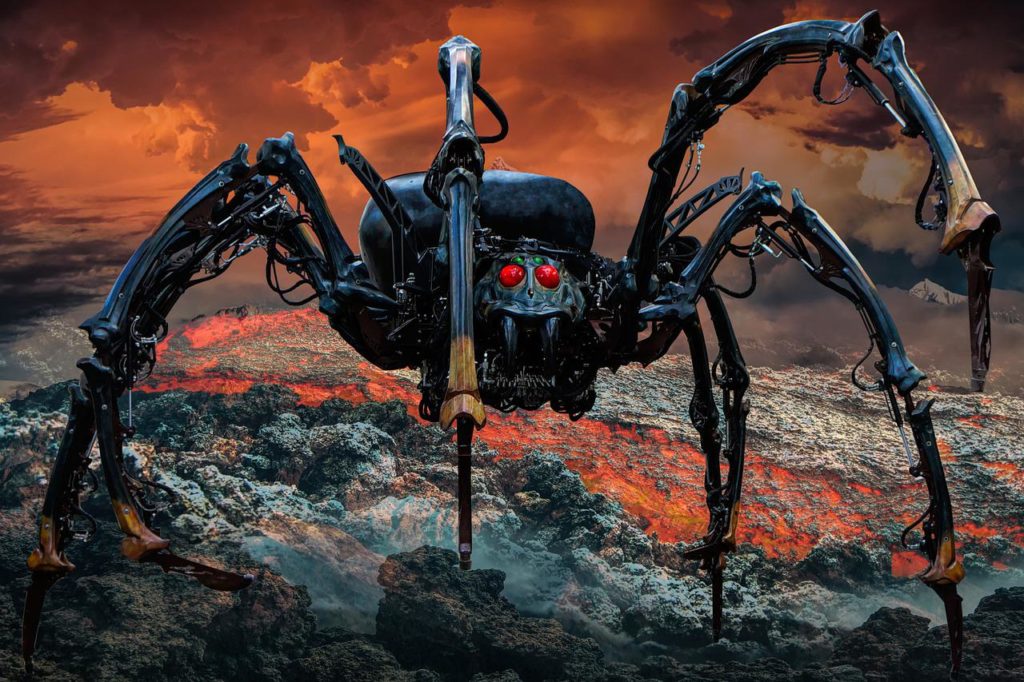 Looks like we’re one step closer to the techno-punk apocalypse. Researchers at Rice University in Texas have successfully reanimated dead spiders to serve as mechanical grippers.

According to the study published by the team, researchers often draw inspiration from how living animals move, either on land or through the water, to guide the design of robots and actuators. Like those robot dogs that will probably turn evil at some point. This is called bioinspired or biomimetic design.

The team, lead by Faye Yap, hopes that their new experiment, which uses the dead body of a spider as a ready-to-use biotic actuator, could be the first step toward an area of research they call “necrobotics.” Yup. Instead of building robots to look like spiders, they’re using spider bodies as robot parts.

As creepy as it seems, we have to admit it’s pretty ingenious. Spider bodies are essentially tiny hydraulic systems, and their limbs are powered by pressure, not muscles. So just jam a syringe full of air into a hydraulic pouch and bam! Instant nightmare fuel that doubles as a tiny grabber.

It’s also surprisingly effective. The wolf spiders they used proved capable of lifting more than 130% of their own body weight, and could be opened as many as 1,000 times before their bodies started to break down. According the paper, Yap and the team are looking into incorporating thin polymeric coating materials to prolong the lifetime of the necrobotic gripper. So if you find yourself overrun by an army of robot zombie spiders with Terminator armor in the near future, you know who to blame.

Seriously though, having a way for field scientist to grip small and delicate samples in an unobtrusive and ecofriendly manner is remarkably cool. Just…keep it away from us.