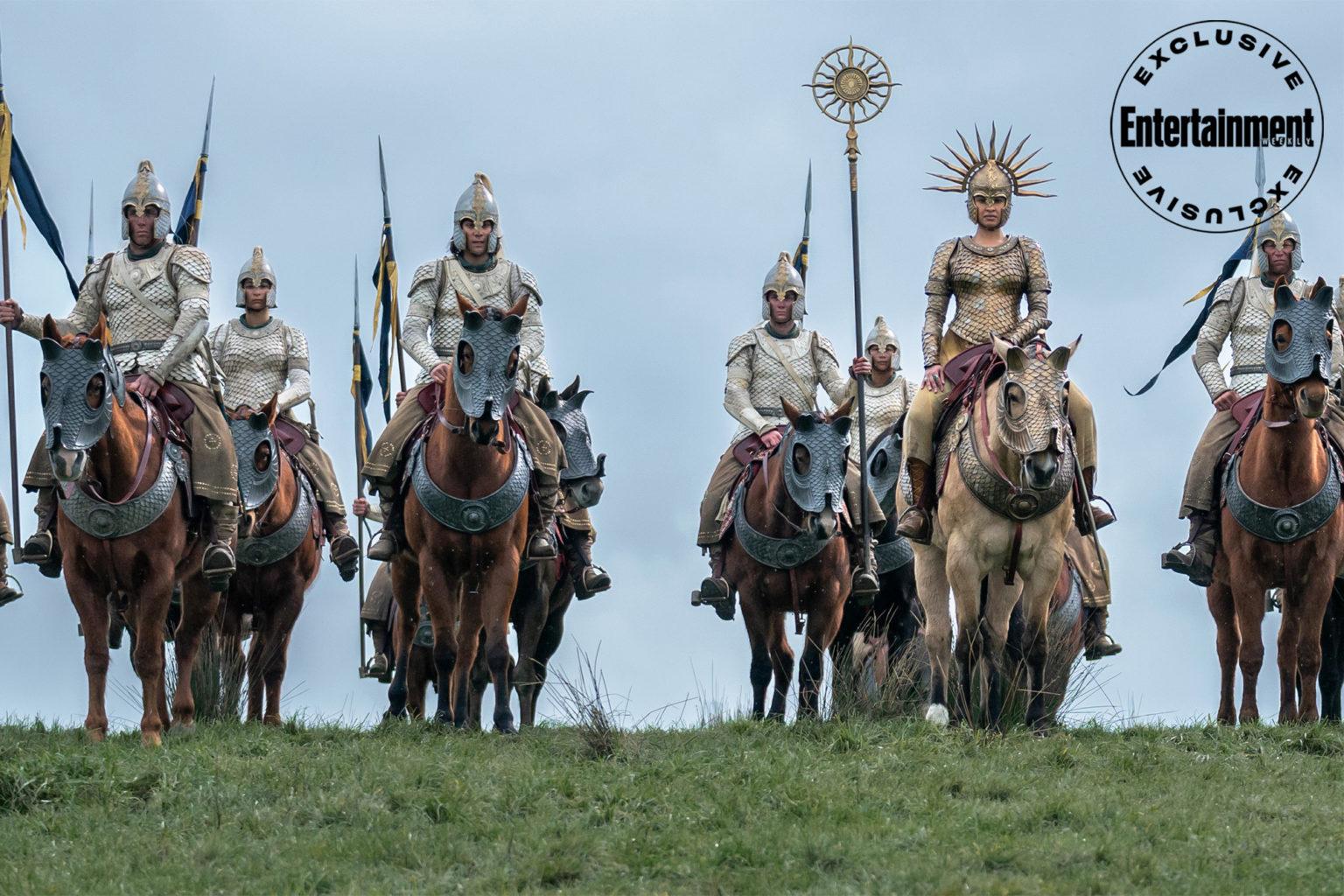 Míriel (Cynthia Addai-Robinson) leads the Númenórean army into battle, with Isildur (Maxim Baldry, third from left) by her side "The Lord of the Rings: The Rings of Power." Amazon Prime Video
Television

After the explosively entertaining panel at San Diego Comic-Con, the cast of the upcoming Amazon Prime Video series “The Lord of the Rings: The Rings of Power” sat down discuss the first season in more detail.

Ismael Cruz Cordova, who plays Arondir, noted the Lord of the Rings has such an emotional resonance with its audience that conversations about budgets were less about “what can you do with these resources?” and more about “what resources do you need to bring this vision to life?” Cynthia Addai-Robinson, who plays Queen Regent Míriel, concurred, stating no one would really want the low budget version of this show; it would be “upsetting.”

After seeing the teaser trailer, we’re inclined to agree. We want to be enchanted by the majesty of Númenor and intricate outfits, not bored by cardboard backdrops and Spirit Halloween costumes.

Daniel Weyman (The Stranger) and Maxim Baldry (Isildur) praised the show for taking the time to develop the characters in an otherwise very story-driven show. Having watched the first three episodes together as a cast, they note how moving it is to watch these characters develop on screen and really have time to grow over the extended period of time allowed in a mini-series rather than a movie — even an extended release version of a movie. Ema Horvath (Eärien) also noted this same attention to character has been devoted to the set, highlighting the bits of Númenor graffiti over Old Elvish in the background of one particular scene.

Catch the full interview over on Collider.

The more we hear about “The Lord of the Rings: The Rings of Power,” the more excited we get. Showrunners J.D. Payne and Patrick McKay have promised an incredible series, and we cannot wait to see what else they have in store for us.