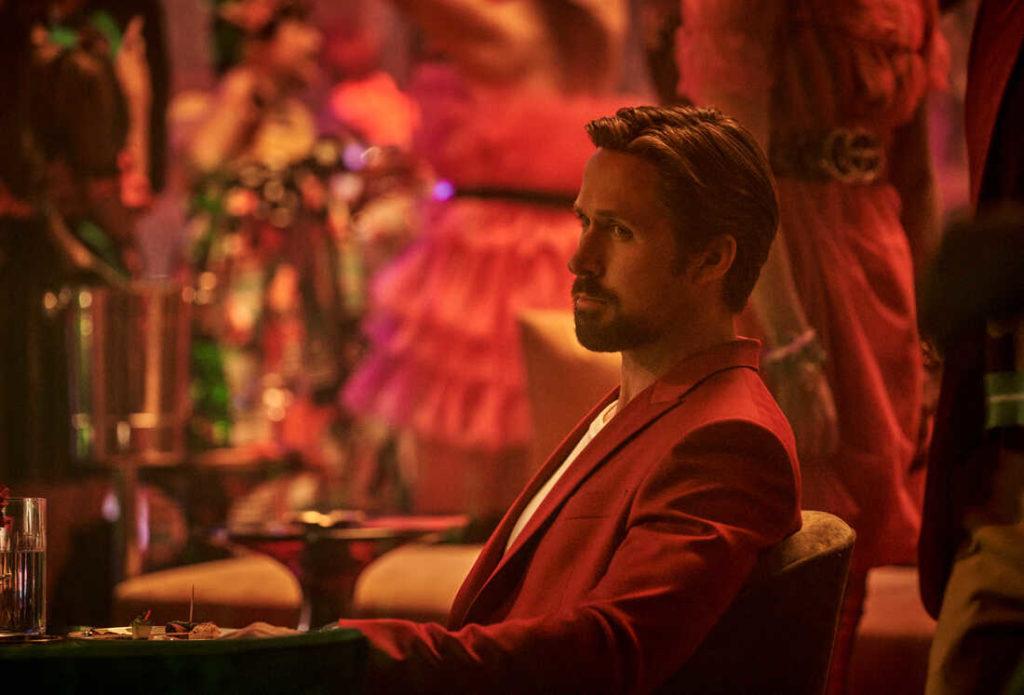 With every new project that seems shamelessly marketed as the next great thing from the Russo Brothers, the more and more exposed their limited skill set becomes. That’s not to say that they aren’t capable filmmakers; they are, and what they managed to accomplish in the MCU is nothing short of a filmmaking miracle. But the further they stray from what made them the most well known writer/director duo siblings in Hollywood, the more paper thin, lighting in a bottle their success seems. That is the case with “The Gray Man,” a sprawling, trope ridden spy thriller that comes at a tumultuous time for Netflix when you consider their shareholder woes juxtaposed against one of the most expensive productions from the streaming giant in recent years. “The Gray Man” is proof that money doesn’t always buy happiness, and no amount of pretty people can save a messier conglomerate of spy thriller cliches.

The film reunites Marvel Studios alumni with The Russo Brothers helming, and Christopher Markus and Stephen Mcfeely handling the writing duties, all of which worked on some of the prominent entries in the MCU including “Avengers: Infinity War” and “Avengers: Endgrame.” It tells the story of Sierra Six (Ryan Gosling) a CIA black ops operative who joins the shady program in exchange for a commuted sentence. After decades of service, Six has developed a reputation of being the programs one true success. But after a regime change and a discovery of even shadier dealings committed by his superiors, a botched job leads Six to be the one on the run from the very entity that employed his services. The powers that be call in Lloyd Hansen (Chris Evans), an unpredictable operative with 0 moral compass and complete disregard for any and all rules to eliminate Six. To complicate things even further, a dedicated CIA agent Dani Miranda (Ana De Armas) gets caught the crosshairs and must decide which side of the fight she wants to be on, as well as Six’ mentor and his niece now being held as collateral to coax Six into their hands.

The pedigree of successful projects the people that wrote and directed “The Gray Man,” many of which involve huge sprawling narratives across multiple characters and subplots should have a greater influence on making “The Gray Man” function as a cohesive narrative. Instead, we’re left with a piecemeal collection of spy thrillers and action films that have come before it, and none of them are done well enough to create a single film. On the short list, we get “Fast and Furious” meets ” The Bourne Identity” meets “John Wick,” none of them done particularly well and highlighting more of the weaknesses built into the each film instead of doubling down on their strengths. “The Gray Man” also has every other spy/assassin trope in between, from the “Man on Fire” adventures in babysitting all the way back to the cat and mouse, who’s the best battle of “Assassins.” Frankly, all of this should work to provide a fun, no holds barred thrill ride. Instead, this film plods along with no real sense of identity or purpose, with everything from the basic framework of the narrative to the action set pieces feelings like you’ve seen it all before in better films.

When I say expensive, “The Gray Man” spares no expense when it comes to casting. It is a LOT of pretty people in just about every single role available, from Billy Bob Thorton to Alfre Woodard to a plethora of other notable names in blink and you miss it roles. These extras include Michael Gandolfini, Sam Lerner, Wagner Moura, DeObia Oparei, and even Shea Wigham in two flashback scenes that barely show his face and might as well be voiceover work. And that’s not even the main cast, just names attached to project in small to barely noticeable capacities. The stars includes Chris Evans, Ryan Gosling, Ana De Armas, Rege-Jean Paul, Julia Butters, Jessica Henwick, and prolific Indian actor Dhanush. This gigantic cast of gorgeous people should not be anything new to the Russo Brothers, so it’s pretty disheartening to see it all slip away from them in real time the longer the film progresses.

See, it’s fine if you want to borrow from other films, and honestly, a nice, taut cliche ridden spy thriller is sometimes the exact thing you need in your week. But you can’t make “Fast and Furious” and “The Bourne Identity” at the same time. As professor Hulk said, “It’s either all joke or none of it is.” See, the Fast Saga earned the right send its stars into space by embracing its own absurdity, and The Bourne Franchise earned its right to lean heavily on the shadowy government drama by focusing heavily on the grittiness and complex world building. “The Gray Man” seems to solely function on the premise that big name directors and very pretty people is all you need to earn the trust of the viewer, regardless of the film that is actually being presented. It suffers from being 30+ minutes too long and two or three subplots too many, causing nothing to work even when you think certain things should.

The massive cast doesn’t seem to be all that thrilled to be here, many of them including De Armas and Gosling feeling like they’re just collecting checks rather than trying to make the film matter. For Gosling, he’s doing his best John Wick recreation, but lacks the charisma and comeback excitement of Reeves taking on the similar role. De Armas, who tends to be the best part of anything she’s in feels like she could care less about what project she’s working on. This is sad, because she is truly a star capable of incredible charm and elevation from page to screen, but feels wholly wasted and forgettable here. Imagine making Ana De Armas forgettable. You have to go out of your way to make that happen, and somehow “The Gray Man” succeeds in this unfathomable feat. The only person who seems to understand the assignment is Chris Evans, who is having the time of his life shedding the wholesome, all American sweetheart of Captain America in exchange for absolute psycho as the films protagonist.

“The Gray Man” is all Evans, and only he and the production value make the film even come close to working and being mildly entertaining. When the film is leaning in to its absolute bonkers ridiculousness and not trying to explain how people get from Vienna to Prague in a matter of minutes (not kidding, and there isn’t enough going on to make you overlook how absolutely dumbfounding it all is when it happens), it works, and most if not all of this is predicated on Evan’s diabolical performance. But again, when it leans in to the The Bourne franchise and “Man on Fire” assassin with a heart of gold trope and “John Wick” style world building, there simply aren’t enough lets for the film to stand on and it eventually crumbles under the weight of its own ambition. You’re kind of left wanting “The Gray Man” to just pick a side and stick with it. Either be a gritty, nasty, grounded spy thriller or be a silly, popcorn action packed spy flick who’s viability and success would be perfectly placed in the circa 1998 era of action films. Instead, “The Gray Man” wants to be everything, everywhere all at once (no, not the best movie of 2022) and never really settles in to any kind of true identity.

There is a reason all of these franchise exist in their own right and seldom cross over in tone and narrative. Sure, we can dream of seeing Dominic Toretto cross paths with Ethan Hunt, but as over the top as both franchises have a tendency to be, they are very much different styles of action thrillers and exist in their own compartments of entertainment. Jason Bourne has no business going on a mission with John Creasy, who also doesn’t need to partner up with John Wick to take on Treadstone. These are fantasies made by children playing with disconnected action figures in their collection, and shouldn’t be the framework for “The Gray Man,” who very much feels like someone dumped out their box of toys from the attic and just started slamming them together for no discernible or logical reason.

It’s a big disappointment, because I want nothing more than pretty people punching things to be the exact kind of escapism I would often relish in. This should really just be that, a turn your mind off action packed spy thriller thats completely self aware and owns the idea that none of this matters, so sit back shut up and enjoy the ride. And it has its moments there, but somebody somewhere believed the hype before the sausage was even made, and started making sequels and franchise backdoors before they made a single standalone film of which those subsequent outings will be based. And this is franchise folly 101; setting up your vast world and spin off projects before you ever make anything anyone should care about in the first place. Things exist and happen because they will matter later, but no one will truly ask for these things if they aren’t given something in the foundation to want to build off of.

“The Gray Man” is the sum of other, better films rested squarely on the shoulders of Chris Evans and the hope and prayer of a bigger franchise world we didn’t ask for. It is made up entirely of different puzzle pieces that never come together to make any kind of coherent picture, and minus a few big action set pieces that demonstrate that Netflix has no problem shelling out their printed money despite complaining about password sharing, there’s nothing but questions and hints of other things to be revealed at a later date we didn’t know we had to wait for. This feels like “Captain America: Civil War” without the 10 films that came before it or the 8 films to comes after it. It is a bloated, expensive, incoherent mess of a film that wants to be so many other things both within itself and looking ahead to a promised future that will somehow answer a bunch of questions we really didn’t feel the need to ask.

Netflix and the Russos pin the hopes and dreams of the streaming giant’s success on this one film’s potential for franchise opportunities and the idea that people will eventually pay more for less if they can keep getting Evans to star in their movies. But as this film clearly shows, Netflix continues to be completely tone deaf to their own audiences, banking on big budgets to make up for poor decisions and even worse ones down the line.

In all of this, the one thing they forgot make was a good movie.

“The Gray Man” is now streaming on Netflix. You can watch the trailer below.