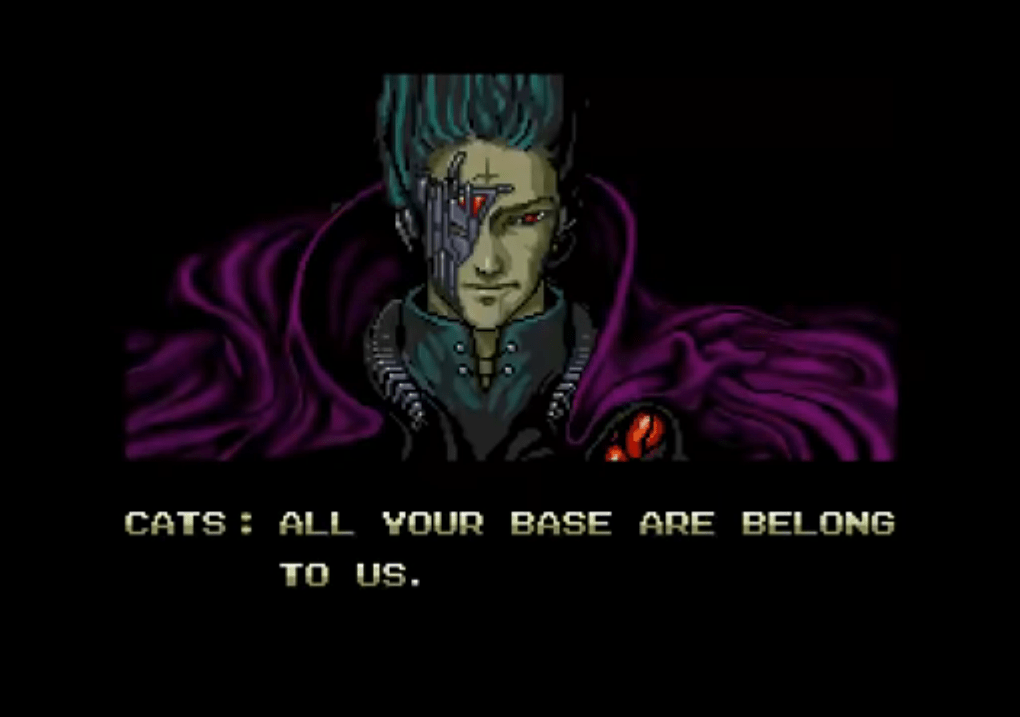 When “Pokémon Snap” was released onto the Nintendo Switch Online service earlier this week, various commentators were abuzz with the news. It’s not entirely surprising given how beloved of a property the on-rails photography simulator is. Taking pictures of Pokémon, what more could a person want?

That same hullabaloo was NOT given for 4 SEGA Genesis games that just hit the Switch Online Expansion service on June 30th. In this combination news update/gaming review, we’re going to let you know what titles were released and give you a quick review of each one so you know if they’re worth spending your time on.

Released back in 1995, this late arrival to the SEGA Genesis was very much a part of the “attitude” era of the ’90s. You play as comic book artist Sketch Turner. The artist soon becomes the protagonist of his own comic after a bolt of lightning strikes his comic, releasing the villain Mortus into the real world. (Apparently lighting can do just about anything when it hits something; science should really harness that) He then transports Sketch into the comic where he thus tries to kill the artist to become a part of the real world.

The game’s real claim to fame is its unique level design that takes place within the confines of comic panels. Sketch literally has to move from panel to panel, fighting enemies, overcoming obstacles and performing some very basic platforming action. Mostly the game is a side-scrolling beat ’em up, with some items and a pet rat thrown in. But the ability to go through comic panels gives the game a very unique aesthetic that is truly one of a kind.

Regrettably much of the game’s fun factor falls off for three reasons. The first is that the controls are a bit stiff and the mechanics are pretty limited. When it comes to beat ’em ups, there are so much better offerings on both the SNES and the Genesis. Any of the “Streets of Rage” games are superior to this as is “Final Fight” or even some of the “Power Rangers” games. It gets really repetitive really fast and when platforming elements are introduced, jumping and running feels like more of a chore than it should be. The second issue comes from design choices that make the game harder than it should be, like the fact that attacking breakable objects causes damage to YOU. Yeah, any other game where you have to break something in your path, you’re the one that hurts the object. In “Comix Zone,” you both get hurt. Which leads to the third issue, the difficulty. “Comix Zone” is just way too hard for its own good. If you die before completing the first level, congrats, it’s an instant game over. The only continues you get are after beating certain levels.

“Comix Zone” is graphically stunning, has a kick-ass soundtrack, and one of the best aesthetical gimmicks in gaming. Too bad it doesn’t do enough with its premise to keep it consistently engaging nor can it find the right balance between being enjoyable and challenging. Fortunately the save states on the Switch Online can mitigate some of that difficulty and makes it a bit easier to recommend trying out.

“Zero Wing” is one of the most famous games in internet history, even if you don’t know it. The SEGA Genesis/Mega Drive version of this title is the thing that’s responsible for giving us “All your base are belong to us.” Originally released as an arcade title without the famous intro, the United States would not actually get the official SEGA console release but it was instead released in Japan and later, Europe. That’s where the infamous translation comes from.

The game itself is a fairly standard side-scrolling shoot ’em up in the same vein as “Gradius” or “R-Type.” Like these other titles you pick up ship upgrades along the way in order to make your ship faster and fire stronger projectiles. The “gimmick” to this one, if you will, is that your ship can pick up two other ships that flank your sides and fire along with you. This allows you to fire up to three shots at a time with every press of the button. That extra firepower is absolutely necessary too to plow through the game’s levels, and especially the bosses.

As you might expect from this genre, “Zero Wing” is not a very easy game but it’s also not as bad as some others. The soundtrack slaps pretty hard and there’s no denying the “so bad it’s good” intro cinematic. This isn’t a bad way to spend some time, especially if you’re looking for something that can give you a quick dose of action. Something like “Thunder Force IV” will probably be recommended above middling-fare like this, but “Zero Wing” is still a more than competent shoot ’em up.

Otherwise known “Assault Suit Leynos,” “Target Earth” is a brutally difficult run and gun mech game. Originally released back in 1990, it is fairly ambitious for its time. There are mission briefings between levels that give a bit of background on the war that you’re fighting in your mech suit, and there are different objectives that levels can present to you. For example, in the first level I had to bring down an enemy gunship before it closed in on my home base. The game lets you pick multiple different weapons to take with you on your mission, and the grenade armaments I chose were great for taking down a large target.

The second mission had me trying to escape from the battle area and I was joined by one of my own side’s warships that provided covering fire for me to help take down enemy targets. Sadly, my friend was shot down by a mech that eviscerated the gunship with a powerful electric attack. I tried to fire back using an expanded arsenal of weaponry I picked up from completing the first mission, but I was no match for the opposing forces and was destroyed. Then I was brought back to the game’s main menu and told I had two more continues.

That is where the “fun” of “Target Earth” begins and ends. This game is brutally difficult in an unfair way. Despite the fact that your mech can fire in eight directions and has a wide array of weaponry, the amount of enemies that come at you is just unrelenting. Your mech can heal itself by not taking damage for a period of time but that doesn’t mean much when enemies are constantly respawning and firing bullets everywhere. Making matters worse, there are no invincibility frames upon taking damage. So you could come under a barrage of fire and go from full health to death in a matter of seconds.

While “Target Earth” would’ve been impressive for the time with the amount of action on screen and weapon selection, there is very little reason to throw yourself at this wall of difficulty today. Once again, the use of save states can help mitigate some of the difficulty here by giving you a chance to restart from midway through a level and bypassing the continue limit. Even then, the frustration factor is just too much. There’s a “fair” level of difficulty, and a “cheap” level of difficulty; I think it’s clear which side this one falls onto.

This is the real surprise of the released games. “Mega Man: The Wily Wars” never received an official physical release in the United States; it was launched on the SEGA Channel gaming service. Japan and Europe received a physical release and it was also included on the Genesis mini console. “The Wily Wars” is an updated re-release of the first three Mega Man games for the NES, remade for the 16-big Genesis. Much how like Nintendo redid the first three Mario games for their “Super Mario All-Stars” collection for the Super Nintendo, Capcom gave the same treatment to the Blue Bomber for the Genesis.

This comes with its own set of negatives and positives. On the plus side, the games look great and now have a battery backed memory save. This means that you don’t have to play through the games in one sitting and the clunky passwords from Mega Man 2 & 3 are done away with. Plus the first game didn’t even have that, so this is a big improvement to that iteration. Additionally, this game includes an exclusive set of levels called “Wily Tower” that you can access after beating the three main games. These extra levels allow you to mix and match the weapon powers and items you earned from the first three games to tackle three new robot masters and Wily himself.

On the negative side, the size of Mega Man’s sprite and the overall feel of the game are different enough to where series purists may take issue with how the game plays. Also, the updated soundtrack is hit or miss. Some songs sound improved by the Genesis sound chip, others were decidedly better with their original chiptune mix. Naturally, music is a subjective thing and those who haven’t played the first three Mega Man games numerous times over may not notice any changes to the movement and shooting mechanics.

What makes this release so noteworthy on the Switch Online collection is that as of right now, this is the only way to play Mega Man outside of buying one of Capcom’s collections. None of the Mega Man games for the NES or SNES are available through Nintendo’s subscription service at this time. I mean, the reason for that is probably so Capcom doesn’t cannibalize its own interests. Why make something available for free when you can make people pay for it as part of a collection? Again, that’s why having this available as part of the Switch Online Expansion service is so unique.

The individual Mega Man games here vary in quality. Most fans will tell you, myself included, that the first title is good but not great. It feels like a refined prototype for a better product that’s yet to come. It’s a challenging game, sometimes unfairly, but mostly very fair. “Mega Man 2” is generally considered to be the best in the series but that title could arguably go to “Mega Man 3” as well. Both show an improvement over the first game in terms of level design, music, overall challenge, and weaponry you acquire from defeated robot masters. Having even one of these titles drop onto the Switch is awesome but to have this whole collection is something really special. The Mega Man games are some of the best action platformers of all time and getting to play them on their Genesis versions makes them stand-out in a new way.