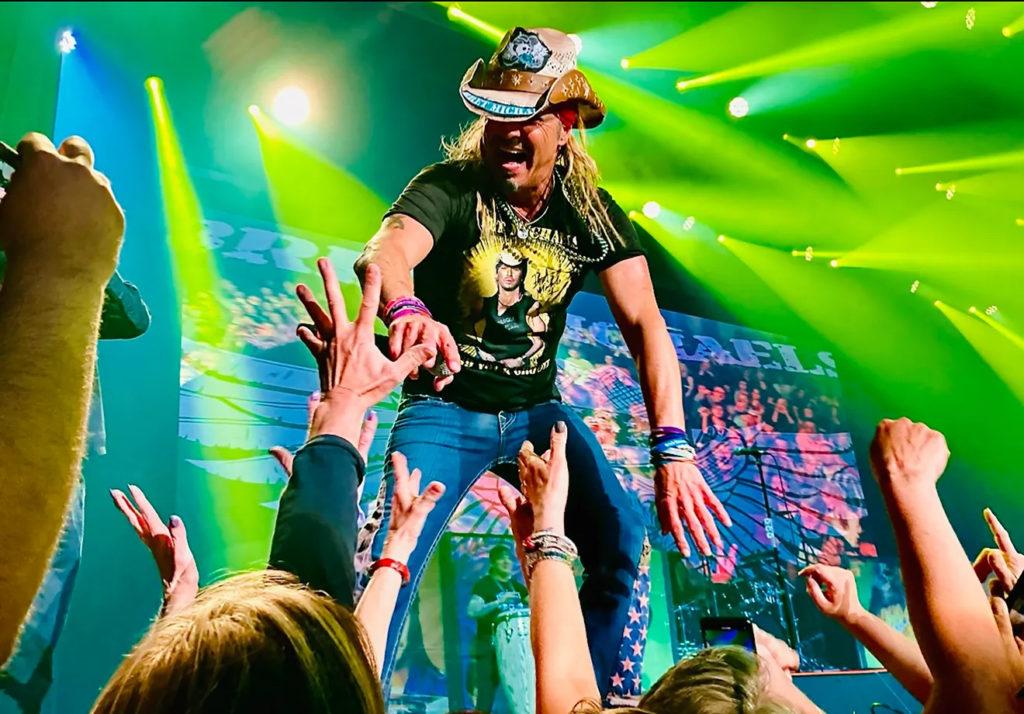 A Nashville crowd for The Stadium Tour were shocked to hear tonight’s announcement. Bret Michaels of Poison would not be appearing on stage tonight, due to an undisclosed medical emergency.

The tour, with rock n’ roll all stars MÖTLEY CRÜE, Joan Jett and The Blackhearts, Def Leppard, and Poison, have not been on the road long. The tour started officially on the 16th of June. But Bret Michaels, 59, is no stranger to health concerns.

The “Every Rose Has Its Thorn” singer has had type 1 diabetes for most of his life, and has fallen victim to a brain hemorrhage in 2010. This was followed in rapid succession by a mini stroke, which created a hole in his heart, and required another life-saving surgery. His dedication to his fans though, is legendary.

In 2014, he was hospitalized six times in two weeks following kidney surgery. Longtime guitarist and friend, Pete Evick, told fans Michaels had two stents put in his body, and got back to performing almost immediately, despite doctors’ orders. “I can’t explain the amount of blood or where it came from, but it was horrifying on his bus after the show,” Evick explained at the time.

It is unclear if this current medical emergency is related to the above conditions, or is something new. The next stop in The Stadium Tour will be Jacksonville, on July 2nd. Whether the show will go on with or without Michaels, or whether Poison will simply not play until Michaels has recovered, is unknown at this time.

Nerdbot wishes him the very best.