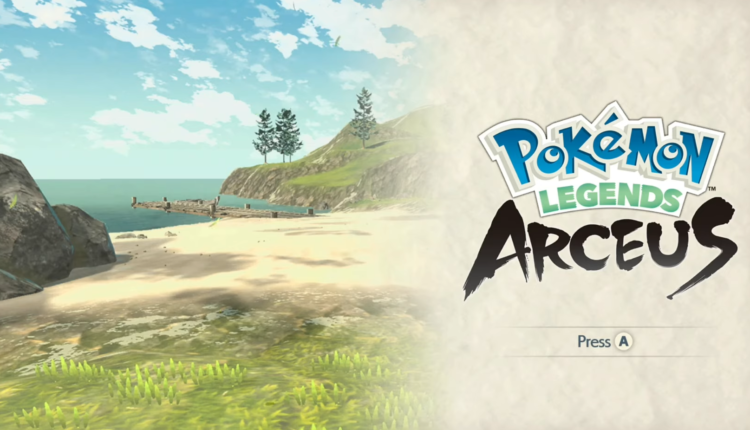 Since its release, I’ve sank over 130 hours into “Pokémon Legends: Arceus.” When you’re 36, have a full-time job, family obligations and a life in general- this is no small feat to accomplish. Something about “Arceus“ drew me in though, HARD.

Having played every mainline Pokémon game to completion since the series’ inception, I feel very safe in saying that I have not had this much fun with one of the games since the DS remakes of Pokémon Gold & Silver. While there’s the obvious change of the 3D environment, being able to catch Pokémon out in the open, etc, “Arceus“ also does a lot to change some of the intricacies of how these games work on a much deeper level. Let’s go over ten of them, in no particular ranking, and whether these mechanics are a benefit to the series going forward, or a detriment.

Say goodbye to Pokémon eggs because the breeding system is gone. This has been a mechanic since generation II that allowed players to mate Pokémon together in order to produce level 1, base evolution monsters with potentially unique moves and stats. Removing breeding is a big change if you’re used to controlling how a Pokémon grows from the onset and places a much greater emphasis on what you catch in the field. Ultimately, we’re voting this as a negative change as we miss the opportunity to train our Pokémon friends from the bottom on up.

2 Number 2: IV’s and EV’s Are Replaced With Effort Levels

Ever since the original games, there’s been a hidden mechanic at work behind Pokémon levels called IV’s and EV’s. When you first catch a Pokémon its stats are based on Individual Values that determine how high or low that stat is. From there, the stats grow based on Effort Values. Every time you defeat a Pokémon in the wild, one of your stats will gain a hidden point based on what Pokémon you defeated. The game keeps track of these behind the scenes and based on which points you have, certain stats will level up more. It’s a complicated system that was thrown out in place of Effort Levels you can use special items to increase. Much simpler, much easier, and guaranteed to irk a lot of diehard fans. We view this as a positive change though that is more respectful towards a player’s time investment and understanding of deeper mechanics.

3 Number 3: TM’s Are Replaced With Paying a Move Tutor

The use of TM’s to teach Pokémon moves they may not normally learn by level up has changed since generation I. TM’s went from one time use items to multiple use in gen V to making breakable and unbreakable variants in Gen VIII to breakable again in the Gen IV remakes to just being gone now. Instead you can pay a person in town a certain amount of money to learn a move. Previous games had move tutors as well, but they weren’t as easily accessible and generally required a rare item to be exchanged for the move. Here though; you want Ice Beam or Thunderbolt? Toss 2,000 to the move tutor and BOOM, move learned. This is a wonderful change that allows for easier customization and experimentation with moves.

4 Number 4: Moves Are No Longer Forgotten

Another feature since generation 1 is how Pokémon can only have up to four moves and if anything new is learned, something has to be forgotten. Well, in “Arceus,” the four move limit is still there, but any other learned moves are stored in a collective pool for that Pokémon which you can swap in and out whenever you’re outside of battle. Want
to focus more on catching than battling? Swap out some of the heavy hitting moves for status effects and False Swipe. Want to mix things up and try some new strategies? Go ahead and swap things out and don’t worry about the moves disappearing; they’ll be right there if you want them back. We find this to be one of the best changes ever made to Pokémon, period.

Another feature introduced in Generation II was the ability for Pokémon to hold items and take them into battle. These could range from a variety of berries to restore status ailments and health to objects that could increase the power of a specific move type. You could also give them items to hold that would cause Pokémon to evolve into different forms once traded. And while many of these berries and trade items are still in the game, they can only be used on a Pokémon instead of having them hold them. As
various strategies for the game developed over time, held items played a huge role in helping those develop. This once again seriously strips down the strategic elements of battling and honestly, it’s kind of hard to imagine this change sticking going forward. This was one alteration that we were not a serious fan of.

Introduced in Generation III (Ruby and Sapphire) Pokémon abilities are traits that certain Pokémon species can have with a variety of effects. Gyarados and Growlithe for example could have the intimidate ability which can lower the opposing Pokémon’s attack stat. Gastly and Haunter can have levitate, which make them immune to ground-type moves. Now, no one has anything like that, which once again seriously strips away more of the strategic elements of the game. Whether this is a good or bad thing could be a divisive issue for the player base. If you ask us, it did get rid of some annoying abilities like Arena Trap and Endure, but those abilities also gave Pokémon more personality and should be brought back; just maybe don’t bring back all of them.

7 Number 7: A Bunch of Moves Are Altered or Removed

This was a surprising one. When I went to the move tutor looking for Earthquake, I couldn’t find it anywhere; that’s because it’s gone. A number of stalwart moves like Surf, Earthquake, Psybeam, Strength, Dragon Rage, Dig, Solar Beam are gone. Actually, there’s too many to list when you consider the weather effect moves, multi-turn attacks,
speed and accuracy affecting moves are all gone. Even ones that are still there can function differently like how stealth rock will now do damage over time instead of just when a Pokémon switches in. The PP of many attacks has been altered and things that used to raise only attack or special attack now raise both; the same applies for defense
and special defense. And attacks that could previously hit multiple opponents in battle? Well that’s not a thing anymore. Basically, it’s a lot to adjust to for series veterans. Our take? Scaling down isn’t a bad idea, but they went a little far on this.

To replace some of the complexity that was removed from the combat is a new system where moves can be used in either a strong or agile form, as opposed to their normal version. Using either causes the move to use double the PP spent, reducing the number of times you can use the attack. There’s an additional benefit/cost to this in how it affects the flow of battle. By using agile type moves you do less damage but can potentially do more attacks before your opponent’s next turn. Using strong type on the other hand, will do more damage, but potentially let your opponent attack you multiple times in a row if it survives the attack. This is actually a really interesting change and
one that we approve of for how it adds so much in terms of strategy.

To put things simply, it’s not a matter of “Gotta catch ‘em all” now. Instead, you have to catch multiple of them all, potentially defeat them with specific move types, watch them perform certain moves, feed them in the wild, evolve them a certain number of times, etc. On the one hand it could be considered a form of grinding and padding but on the other hand it could be viewed as a way of giving the gameplay some needed depth an interactivity in a more open and active Pokémon world. In our opinion, some of the tasks are a bit tedious and can be pared down, but in essence it’s another positive change.

10 Number 10: Day to Night Cycles Are Not in Real Time

Seriously, thank God/Arceus for this. Back in Generation II, a real-time day to night cycle was introduced that affected many things from the growth of berries to what Pokémon would appear in the wild. Various entries in the series have played up or downplayed how impactful this is and in theory it’s fun but in practice, not all of us have lives that allow us to play at various times of the day. Now, we don’t have to worry about that at all. Day to night cycles still happen but not based off of real time and you can set the time you explore to morning, afternoon, evening, night etc. at your base camp. If you couldn’t already tell, this is an incredibly positive change.

Gifts For Someone Absolutely Obsessed with Ramen