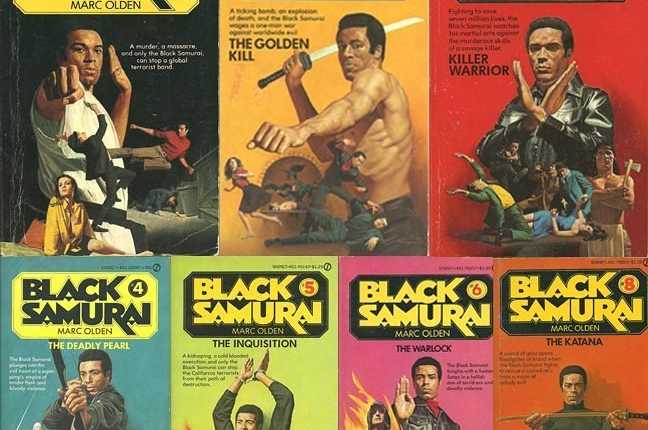 It seems the streaming juggernaut Netflix is on a war path. As they continue to be a premiere service in the streaming wars, they have continued to buy as many rights to projects as they possibly can. And they’ve done it again, as the rights to the 1970 famous 8 book series “Black Samurai” has been purchased by Netflix.

The series was created and written by Marc Olden, who sadly passed away in 2003. He was nominated for an Edgar Award for his work, which centered around a black man named Robert Sand who learns the ways of the samurai and dons the hero moniker Black Samurai. The novels are part revenge story, part globe trotting action thrillers, and features a wide array of villains, from power hungry millionaires to voodoo priests.

The series was first brought to the big screen during the blaxploitation era of the 1970s and starred “Enter the Dragon” co-star Jim Kelly in the titular role. John Schoenfelder and Russell Ackerman, who produced the 2021 supernatural horror movie “Séance” for Amazon Prime and “Hold the Dark” for Netflix, will produce this new venture. As Netflix has only recently purchased the rights to the property, no writer, director, or even casting has been announced.

Netflix has found a lot of strength and longevity in revitalizing these older action franchises, with things like “Spencer Confidential” doing very well for them (despite poor critical reception), and the service continues to put their action section high on the list of priorities with the success of “Red Notice” and “Extraction.”

“Black Samurai” has a ton of potential to follow suit, with the material lending itself to a ton of action and endless possibilities. It also has star and franchise making material, and depending on how well the adaption is done, we could be looking at a “Black Samurai” film series. Of course, that’s all predicated on how well the service does with their initial film, so we’ll have to wait and see what they have in store for Sand.

Are you excited for a new “Black Samurai” adaption?