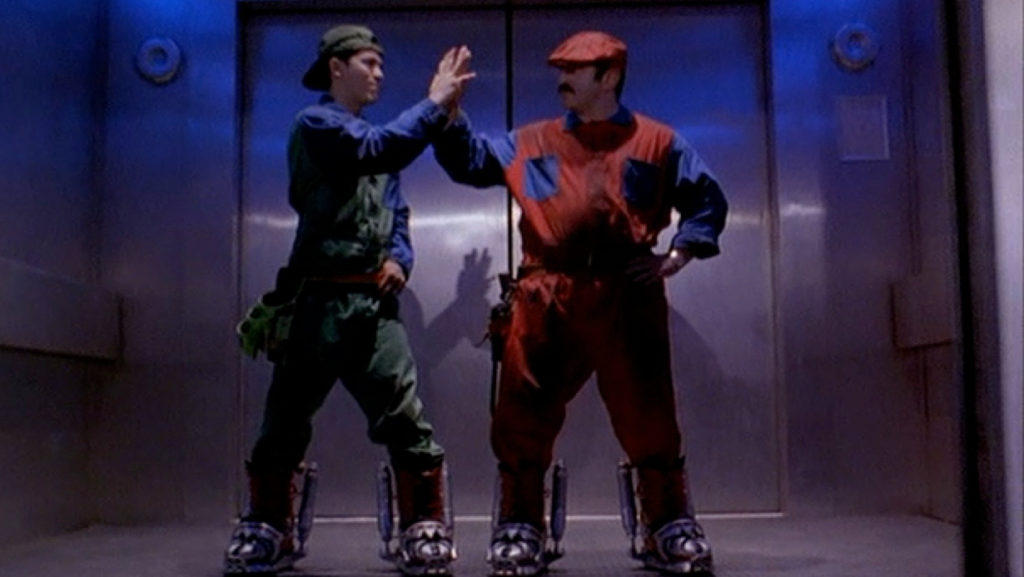 When a film is great, it can build a fervent fan base around it that celebrates it. Mediocre movies that are neither amazing or horrible tend to just fade into the background. And then there are movies that are so bad that they’re loved for how bad they are; they build up a kind of fandom around them that can even start to defend the film as being a misunderstood gem. Such is the case with the first video game to live-action film adaptation, “Super Mario Bros.” from 1993. Thanks to the love for the film that the fandom has, an unofficial extended cut of the film has been released online and if you truly want to embrace your masochistic desires for two hours, you can view it now.

The history of the “Super Mario Bros.” movie and why it’s such a disaster is a complicated one. To try and put it succinctly, the script changed hands multiple times, the directing team of Rocky Morton and Annabel Jankel clashed with the writers and the staff, there was a complete lack of a coherent vision, and the main stars, Bob Hoskins and John Leguizamo spent most of their free time on the set drinking so as to deal with the madness surrounding them. In the years after the film and prior to his passing, Hoskins would frequently cite “Super Mario Bros.” as the worst job he’d ever done.

Despite his, and the rest of the cast’s feelings on the film, there are circles in which the movie is celebrated. Lovers of bad movies, some video game fans, and wearers of nostalgia goggles hold a special reverence for “Super Mario Bros.” that has culminated in the release of an unofficial extended cut that’s about 19-minutes longer than the original 104 minutes. So if you’ve ever had a broken bone and had to wait in the emergency room for 19-minutes before being admitted, you already know what this will feel like.

It needs to be stated, in case some are not aware of this, nearly every single published film in the existence of the medium has additional footage shot. It should never be a surprise announcement for someone to come out and say, “Our film had an additional hour of footage that was never used.” What is surprising is how this particular footage wound up in the hands of fans to begin with.

According to the notes on the Internet Archive, where the extended film is presently uploaded, a VHS tape was found by the Super Mario Bros Movie Archive Team that appeared to be a former possession of the film’s producer, Roland Joffé. That tape had film footage that wasn’t used for the final print. With it being in rough shape, the tape was handed over to noted film preservationist and restoration worker Garrett Gilchrist. Gilchrist apparently put in quite a lot of work to restore the footage and complied it with pre-existing tape source to give the recut of the movie a consistent visual quality. Further effort is going into the work to see if it can be brought up to a higher level of visual fidelity.

It sounds like the work put into restoring the film would actually be far more interesting than the movie itself. Make no mistake, “Super Mario Bros.” is an awful film. It’s imaginative and has a great score by Alan Silvestri, but it’s an otherwise ridiculous movie with underdeveloped characters, an inconsistent tone, a premise that’s a bit of a stretch even for a fantasy film, and a borderline cyberpunk aesthetic that clearly doesn’t fit with Mario Brothers. Of course, that being said, it’s those same absurd factors which make the film stand-out as a cult classic. There’s also something to be said about the diligence and passion that goes into film preservation to ensure that the hard work of creators does not get lost to the ravages of time.

If you want to revisit “Super Mario Bros.” in an extended form you can do so at the aforementioned Internet Archive right here. Or, if you want to know more about the history of the film, The Gaming Historian YouTube channel released a comprehensive video on the making of the movie.

Or if you want to read our further thoughts on why terrible films shouldn’t receive director’s cuts, you can read our article about the dredge that is “Sucker Punch.”