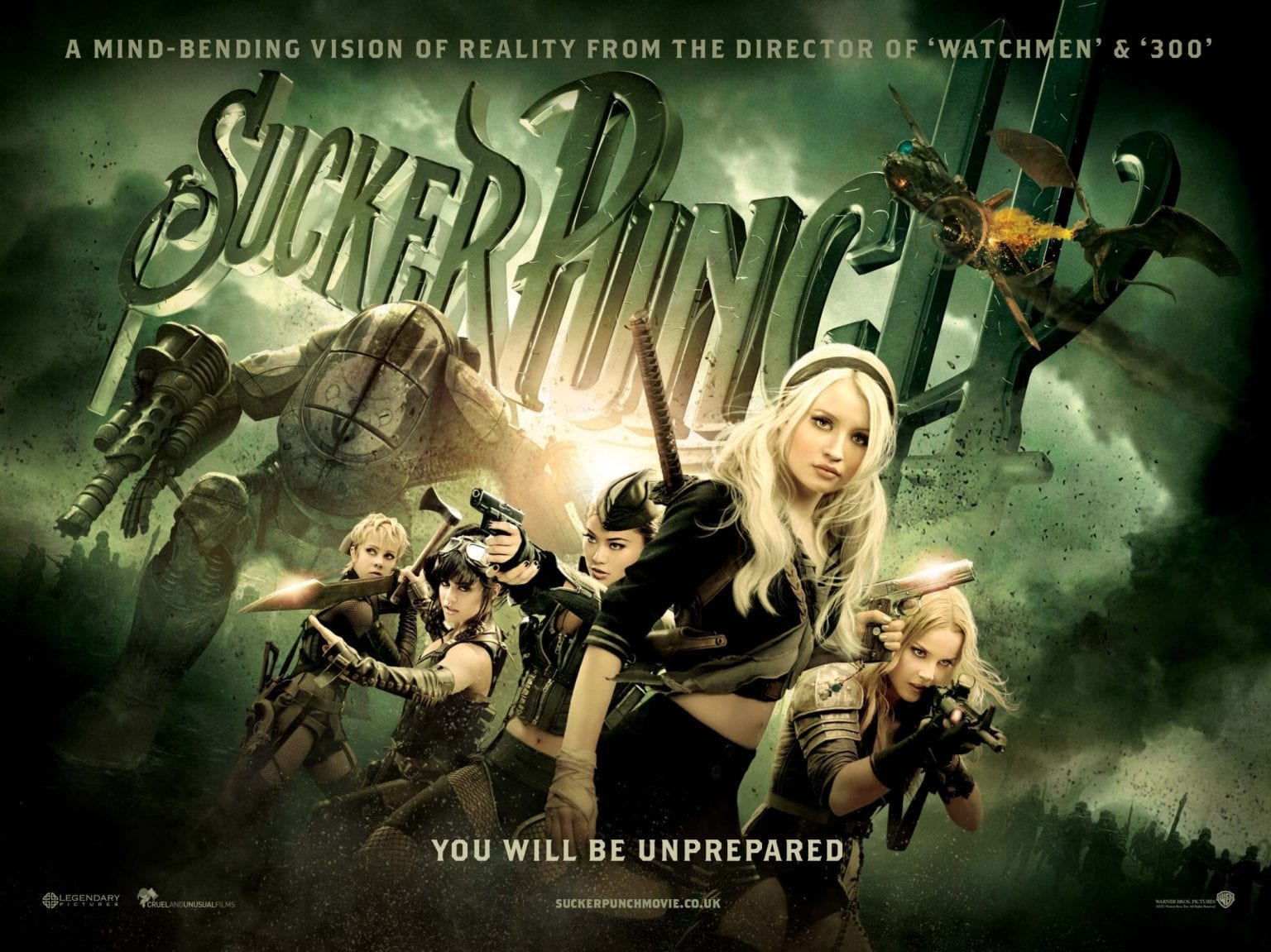 In 2008, “MythBusters” took on the subject of trying to prove or disprove the old adage, “You can’t polish a turd.” As it turns out, you absolutely CAN. That being said, the end result is still just a piece of poop, although shiny. Sure it may have a degree of luster to it, but you’re still looking at a literal piece of crap. In a completely different subject that is in no way connected to the previous topic- a contingent of Zack Snyder fans are asking for a director’s cut of “Sucker Punch.”

The 2011 dark-fantasy, action, film was Snyder’s first turn at directing an original story of his own creation. The script, co-written between him and Steve Shibuya tells the story of a young woman known as “Babydoll” who effectively copes with her confinement in a mental asylum by imagining herself in a fantasy setting. In said fantasy, she teams up with other brothel workers (because that’s the setting she imagines herself being in) and then there’s samurais, orcs, some Germans, attempted rape, etc.

The film is a train wreck of half-baked plot ideas, a lack of direction, hollow characters, and tries to substitute CGI and action set pieces for the sake of a coherent narrative. It sits on Rotten Tomatoes with a 22%, and bombed at the box office. On an $82 million budget, it made a little under $90 million; a figure that doesn’t even come close to covering the film cost plus marketing.

But now it’s 10 years later and Zack Snyder has found himself in a place of vindication. In 2017, amidst personal tragedy, Snyder had to step down from directing and working on the post-production of “Justice League.” Ultimately he was replaced by Joss Whedon and long story short, the effects of that are still being felt in the industry 4 years later. Long story short, the movie itself bombed, a large chunk of Snyder’s work went unused, and Joss Whedon was revealed to be a career-threatening, heinously abusive director and a pretty awful human being.

Almost since “Justice League” released, there had been rumors and whispers of a Snyder cut, similar in a way to a Richard Donner cut of “Superman II.” Three years later, and hundreds of thousands of #ReleaseTheSnyderCut tweets later, in 2020, it was officially confirmed that the Snyder version of “Justice League” would be released in March of 2021. We watched it, we reviewed it, and we came to a conclusion: it’s fine? While definitely an improvement upon the mess of the original, it wasn’t near the upper echelon of superhero films, and certainly wasn’t as breathtaking as some die-hard fans were expecting it to be.

And so yesterday, on May 24th, one of the actresses in Snyder’s “Sucker Punch,” Jena Malone tweeted out, “#ReleaseTheSnyderPunch.”

According to various outlets, including Comicbook, Malone had shown a news story on her Instagram of Zack Snyder discussing the existence of a director’s cut of “Sucker Punch,” which co-star Abbie Cornish joined her in sharing. Now there are some fans on Twitter requesting to #ReleaseTheSnyderPunch and other media news sites stating that the film’s stars are “campaigning” to get a Snyder cut released.

So now we come back to the polishing of a turd. Snyder has stated “Sucker Punch” is about satirizing the way audiences sexualize women, and that the film is actually about women taking back their own concept of sexualization of their own bodies. Maybe it’s true, maybe it’s just Snyder’s rationalization for putting his characters in the costumes that he did. Either way, that intent still doesn’t make for any interesting characters or a compelling story.

Zack Snyder’s best films were already written for him. His “Dawn of the Dead” remake was written by James Gunn. “300” was heavily adapted from the Frank Miller comic, and “Watchmen” was adapted for the screen in large part by David Hayter who also wrote the first two (and arguably the best) “X-Men” movies. Everything that Snyder directs is aimed at style over substance. His ability to craft a story and get quality performances out of his actors is questionable at best. The infamous “Martha” scene in “Batman v Superman: Dawn of Justice” is testament to that.

Speaking of which, that movie also had an extended cut with an additional 31 minutes of footage which promised to help improve upon some of the plot points. While to an extend, it did this, it didn’t turn a sub-par movie into a great one, or even arguably a good one. If the basic elements that make up your film are flawed, then there’s only so much you can do to improve upon that. Or, to put it another way, you can’t polish a turd.

Snyder’s in a good position right now because his singular vision for “Justice League” was a lot better than the jumbled mess that was the Snyder/Whedon version, and because he seems to be a much better and genuine person than Whedon. None of that, in any way, is a substitute for talent. If the Snyder version of “Justice League” was the original version we got, it would’ve faced many of the same criticisms that his previous works have received. It’s largely because its better by comparison that its been warmly received; “Sucker Punch” does not have that luxury.

“Sucker Punch” is a turd, it has always been a turd, it will always be a turd. Maybe there’s a level of fun to be had in watching this fever dream play out in a “so bad it’s good” way, but that’s about it. It’s the failed mess of what happens when a weak director with a keen eye for impressive looking shots, is given a chance to direct their own awful script, with a massive budget to back them. Maybe a director’s cut would give some more backstory or characterization. Maybe. But the world doesn’t need to see Zack Snyder polish his own turd just to see how much shinier it is.