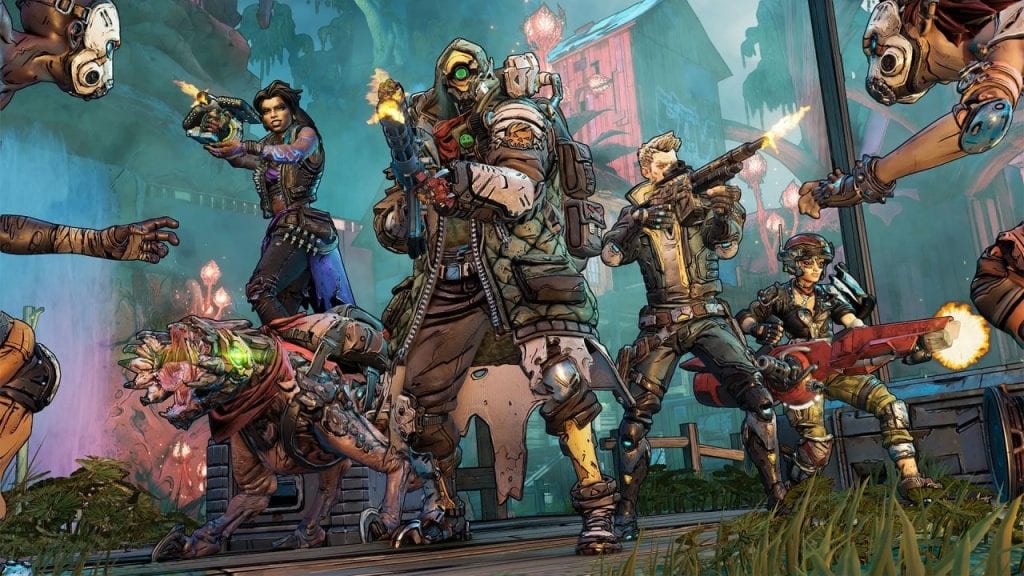 Ok, we’ll admit- this isn’t as outright exciting as we were hoping for. But, the one and only Jamie Lee Curtis made good on her promise to share an exclusive image from the set of Eli Roth‘s upcoming live action “Borderlands” movie! Based on the hit video game franchise from Gearbox, this adaptation has an amazing cast, and we can’t wait to see what Roth does with it.

TECHNICALLY, it’s an exclusive photo from the set? Right? *sigh* Yeah, we know. Curtis did say in her caption that she’d post another image next week.

Welcome to BORDERLANDS and a secret BTS shot I took of Lilith, our legendary heroine, psycho blasting, vault hunting, vixen with a bad attitude and two Oscars to add to the baddasery in her tool belt, the once and future Queen of EVERYTHING, #cateblanchett
Maybe next week, if you’re nice and let them know you want MORE and they don’t fire me for posting this, I’ll post other pictures of Roland @kevinhart4real
Tiny Tina @ariana_greenblatt
Krieg @bignasty
Claptrap @jackblack
and moi, Tannis and soon you will get to see the amazing mix of adventure and badonkadonk action and comedy from the brilliant minds of @borderlandsfilm director @realeliroth and game creator Randy Pitchford and the creative teams of
@gearbox@picturestart
@Lionsgate
Arad Productions
#shutterbugger

We do know that Gearbox Software President Randy Pitchford recently confirmed that Roth’s film would NOT be “identical” to the existing in-game universe, which was interesting.

Obviously, we’ll let you know what else we hear about this and other projects.