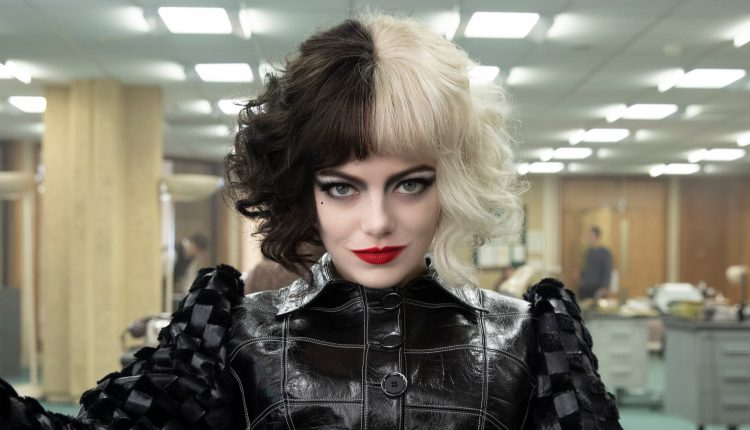 If you see anyone badmouthing “Cruella” who hasn’t actually seen the film, please do everyone a favor, roll up a newspaper and bap that individual over the head with it. I will be the first one to admit that when I first heard that there was a film based on the antagonist from Disney’s classic animated “101 Dalmatians“, my first thought was “and who thought that was something we really needed?” But then I recalled that I thought the same thing when I had heard about “I, Tonya,” and boy howdy did that turn out to be amazing (and win more than a few awards).

“Cruella” isn’t nearly as Oscar-nomination worthy perhaps as Margot Robbie and Allison Janney were in “Tonya“, but it’s not all that far off. At the very least it’s a far better result in taking a known character and giving us another perspective on the whole story. The insipid retreading of Disney’s animated library for live-action/cgi that are little more than shot for shot remakes with a modern sensibility has become insufferable. However here they took a pivot that not only stands as it’s own story, but winds up giving us a new way to look at the original animated film (without taking anything away from that old classic, either).

The titular Cruella is played by Emma Stone who as a young girl named Estella Miller who sees her mother murdered at the hands of an evil fashion designer, Baroness von Hellman (played by Emma Thompson). Murdered, that is, with assistance of the Baroness’s pack of attack dogs (which happen to be dalmatians). She runs away and takes to the streets, falling in with some other street kids to form a core of a gang of thieves. Inspired by her mother’s work as a designer, she follows in her footsteps, determined to make something of herself while also plotting revenge against her mother’s killer.

The film is a wonderful mashup of concepts ranging from the original “101 Dalmatians“, “The Devil Wears Prada“, and “The First Monday in May“. They come together in a way, with liberal character appearances from the original film as well as several scenes recreated, albeit from other points of view. It’s a generally darker tone than Disney often goes for (at least in the decades since they last tried swinging for the fences in the era of “Watcher in the Woods” and “Something Wicked This Way Comes“), but it also has the sense of heart that has always worked to delightful effect both in the case of Disney as well as for Stone.

“The Afterparty” is a Genre Bending Whodunit…

Cruella is more Artful Dodger than Oliver in this story ans by no means an angel. But as with Wicked, Elphaba has a backstory that in many ways gives reasons for her madness and what she does, it may not always excuse them, that is up to the audience alone to judge. It does give a wonderful story embellishment and definitely a new take on a character that was never given much depth before beyond a fondness for dog fur coats.

The characters have more depth than Disney productions tend to enjoy. Estella isn’t a villain with a singular note to their identity. She and her cohorts have had successful lives, and she hasn’t actually been aiming for vengeance for her mother’s death, until fate throws her and the Baroness into each other’s path. Anyone who has any love for fashion (or a regular fan of “Project Runway“) needs to check out “Cruella” – the fashions and designs from hair to shoe are an unending stream of amazing. If “Cruella” isn’t on most of the annual award nominee lists at the end of 2021, there’s truly no justice left in the world.

”Cruella” is rated PG-13 and is showing both in theaters as well as streaming on Disney+ For a premium charge until August 27th when it will be free with a normal Disney+ subscription.