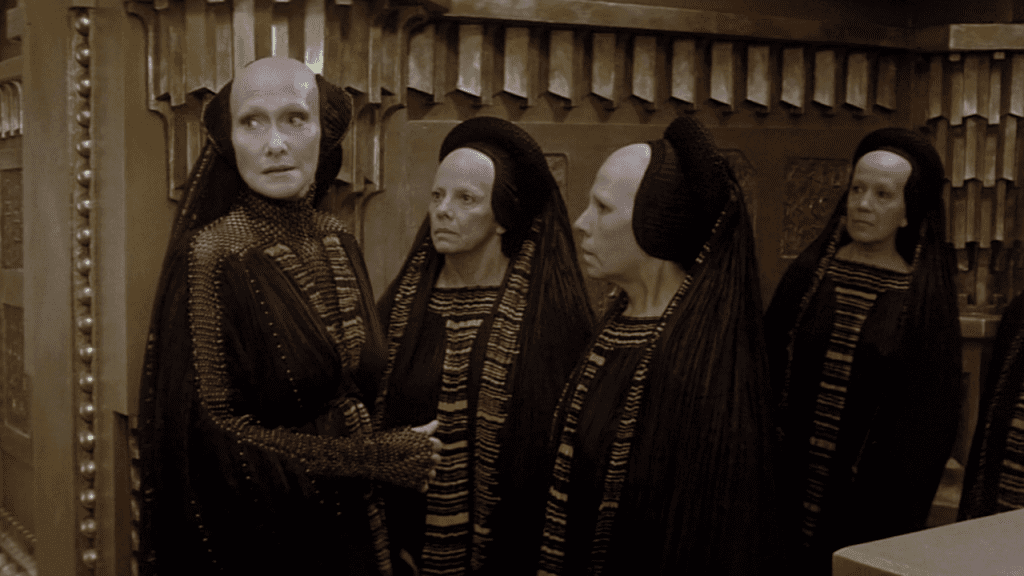 Shai Hulud! We have more news from the world of Frank Herbert! Hot on the heels of that AMAZING new theatrical trailer for Denis Villenueve‘s “Dune,” HBO Max has confirmed the appointment of a new showrunner for the Bene Gesserit-centric series, “Dune: The Sisterhood.”

Diane Ademu-John has been announced as taking over as showrunner for “The Sisterhood.” Personally, this excites me, as she has two very interesting series to her credit that I absolutely loved when they were on the air- “Medium” and “Crossing Jordan.” And, having more “Dune,” especially about the Bene Gesserit, is freaking AWESOME.

Back when the series was first announced as a straight to series order, Jon Spaihts was going to be in the hot seat, but stepped down in 2019. Why you might ask? Well, that takes just a little bit of explanation. You see, in order to fully adapt Herbert’s first novel, Villeneuve is splitting the tome into two films. Spaihts left “The Sisterhood” in order to write the script for the second film.

“The Bene Gesserit have always been fascinating to me. Focusing a series around that powerful order of women seemed not only relevant and inspiring but a dynamic setting for the television series,” Villeneuve said when the series was announced.

After viewing the preview of the film, we absolutely want to see more of the Imperium’s true string pullers.

Keep an eye out for additional “Dune” news, and please enjoy this gallery from the latest trailer.