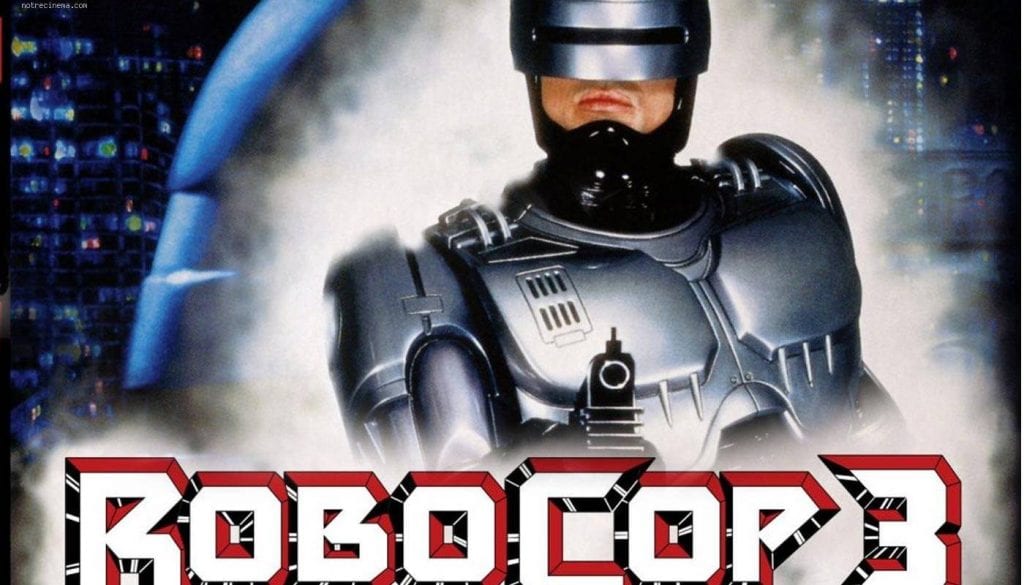 We’ve seen this movie a thousand times; an original film comes out and unexpectedly makes a boatload of money and the studio immediately greenlight’s an unintended sequel. It does ok, maybe well enough to at least continue a revenue stream, but doesn’t really capture the magic of what made it unique in the first place. So, the studio waits a few years, and then BAM- “Robocop 3” happens.

This film is quite literally every single franchise, studio mistake ever made in 90 minutes. I’m not even sure it’s actually a movie; “Robocop 3” is more of a documentary about how studios desperately clinging to icons sacrifice everything in hopes to make a few extra dollars off action figures and not lose the rights to a franchise that may or may not pay dividends in the future. It is truly and exercise in what not to do when making movies, and yet Hollywood is insistent on repeating the same mistakes over and over and over again. I feel like I say this with every new entry into this series, but my god “Robocop 3” keeps the trend going for being one of THE worst films on the worst films list that we pull from.

There’s simply no point in trying to unpack “Robocop 3” plot-wise, because there simply isn’t one. I know we like to pretend that Frank Miller is some kind of graphic novel genius who’s work lends itself to film recreation, but he should have been put on Hollywood probation for penning an abomination like this.

“Robocop 3” reads like a fuck you to Hollywood. Whatever studio executive gave the go ahead was too daft and out of touch to pick up on all of the mockery and parody. At least, that’s the only way I can imagine someone like Frank Miller writing this. Because if anything that happens in this film was intentional, and not meant to be some meta narrative on Hollywood franchising, Miller needs to be benched and serve his term for even thinking this is what screenwriting is.

Everything is non sensical, silly, stupid, trite, cliche and just downright appalling that someone let this piece of shit be released in theaters.

Honestly, the most amazing thing about “Robocop 3,” aside from it being made in the first place, is the cast. Literally every single person that shows up in this film is someone you know now. Maybe not by name, but definitely by face. The film is a proverbial who’s who of current working actors. Much like “Street Fighter: Legend of Chung-Li,” everyone in this film that has carved out a career of steady of work should have it held against them as some kind of felony on their permanent acting resume.

Seriously, pretend THIS cast list was in any other movie: C. C. H Pounder, Rip Torn, Robert John Burke, Stephen Root, Jeff Garland, Daniel Von Bargen and yes, Bradley freakin’ Whitford. Look, great actors aren’t above appearing in terrible movies, but THIS many recognizable faces in THIS bad of film just simply unacceptable. Look, I’m well aware that most of these people were still coming into their own and after close to 30 years of consistent work, they can apologize for the things that they did when they were young. The problem is, “Robocop 3” is so bad that even young upandcoming actors can’t be forgiven for appearing being apart of such an abomination.

If you’ve read any review in this series, you know that I’m extremely forgiving of films that lean in to their ridiculousness. I am always the first one to give films a pass for owning whatever is it their original intention was; parody owning parody, comedy owning comedy, “The Fast and the Furious” owning that hard and fast rule that physics don’t exist. “Robocop 3” is such a mess both visually and narratively that it doesn’t even fully understand what parts to embrace or own for itself.

It’s part commentary on police brutality and corporate greed and gentrification, part “let’s add a kid and make the whole thing be more family friendly,” part action adventure, part dystopian future, and part money grab on an iconic character with complete disregard for its origins and original conception. There are so many opposing ideas and moving parts in “Robocop 3” it’s hard to believe it’s considered one, cohesive film. It’s just one disjointed mess after another; never fully embracing its silliness but also never leaning in to the more deconstructionist framework built into the very fabric of “Robocop‘s” original inception. It wants to be something for everyone, and desperately attempts to make an inaccessible character accessible to children and families despite nothing about the character outside of his look lending itself to doing so.

It is truly amazing how far removed “Robocop 3” is from its origins. This is “The Godfather Part 3” of the franchise. A film so poorly put together and so needlessly put out that those of us who look fondly on the good parts of the franchise opt to exclude it from existence whenever we get the chance. I can’t even pinpoint just where “Robocop 3” goes so off base because there’s nothing about it that can’t be to blame. Everything from the screenwriting to the directing to the acting to the studio push to make this movie in the first place, every single piece of the puzzle that makes movies only exacerbates how bad this ends up being. Do you know how bad of a movie you have to make to somehow make Bradley Whitford unwatchable? That kind of badness takes effort, and a different kind of bad filmmaking, one only “Robocop 3” seems to be capable of doing.

There is just nothing I can say that can describe how bad “Robocop 3” actually is as it fails on just about every level of film making. Hell, I don’t even have time to get into just how accidentally relevant it becomes depicting police militarization and use of force. Don’t misunderstand me either; this is NOT a compliment to the film itself. They had no idea we would be dealing with the things we’re dealing with now and even if they did, there is no one involved in this project that somehow examined this part of our society on purpose. It is purely by accident that they seem to be parodying and examining the problems with policing in our current climate. No one is 1993 involved in the making of “Robocop 3” intended this, and while the first film may have firmly rooted its origins in these critiques, THIS film is void of all of that.

I can’t stress this enough, do NOT watch “Robocop 3.”

I know part of you has a resolve to test just how bad it is; you want to see it for yourself to see if I’m off base in my final conclusions. Whatever interest you have, whatever is in you going “No, it can’t be that bad” I’m asking you to trust me, must this once. You only THINK you want to sit through “Robocop 3.” You don’t ACTUALLY want to to do it.

Yeah, it’s that bad. And no, it doesn’t deserve 6% on Rotten Tomatoes, it deserves to be on the 0% list. Any critic that looks on this film with any kind favor should be put on the same kind of probation as Frank Miller and the rest of the named cast who appear in this film.

I’ve spent all of 2021 watching one bad film a week, and nothing has left me so despondent as this one. I’ve eviscerated other films, sure. Those left me with such a poor taste in my mouth it was easy to articulate his bad they actually were But “Robocop 3” has a special place among the worst of the worst, and stands alone as being so bad I can’t even begin to explain why and how. It’s not really even a “Robocop” movie, as he kind of just shows up as a side character in his own, dumb, silly stupid franchise.

The film can be summed as simply as this: EVERYTHING is wrong with “Robocop 3.” It emphatically deserves its place on the worst of the worst list, and my hope is that more critics watch it, review it, and tank its rating to 0% where it belongs.

Aside from erasing “Robocop 3” from existence, lowering its score to 0 is the only right thing to do.