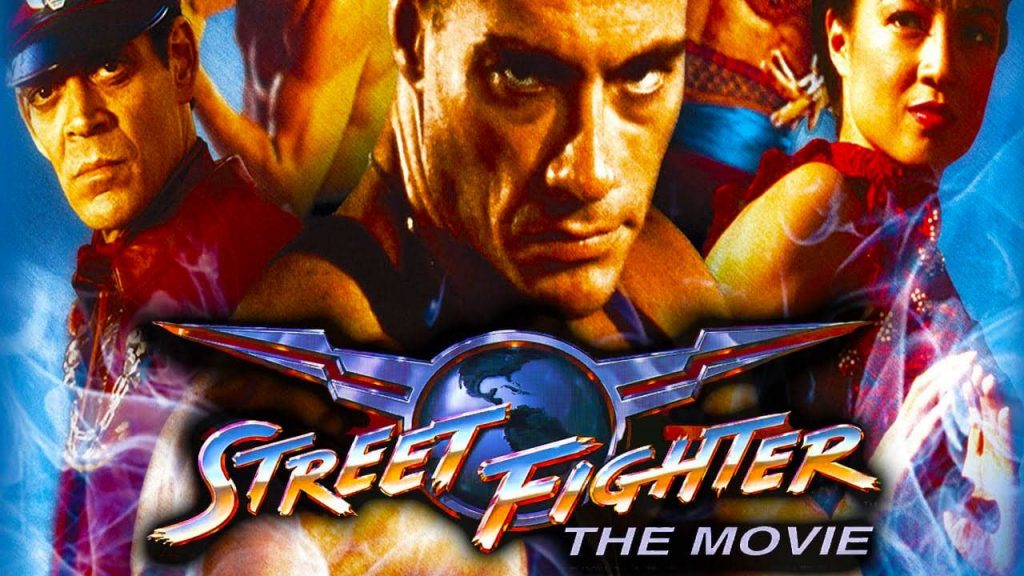 There is honestly more to say about the making of “Street Fighter” than there is about the actual film it ended up becoming. That makes this review rather difficult; how the film was made is far more interesting that the film itself, making its review pale in comparison. It is also difficult for me personally because, despite “Street Fighter” truly being an abysmal conglomerate of poor choices, I still enjoy the hell out of it. It’s not good by any stretch, but I can’t separate nostalgia and the absolute bat shit story of how it all came to be to hold the end result responsible.

The hard truth of it is, I believe I am incapable of being complete objective here. When it comes to “Street Fighter,” there are just too many things I am unable to tune out that influence my perception of the film. I’ll certaintly try, thought. You know, artistic and critical integrity or whatever. Just note that this may be one of those rare instances where I defend the film but still maintain that it deserves its Rotten Tomatoes Rating. While I may speak fondly of the film for my own reasons, I am not blind to its unforgivable mistakes. Hell, The Jack of All Nerds Show actually tried to fix “Street Fighter,” and that was 3 nerds recasting, reshaping, and rewriting the entire film from start to finish to the point where it was an entirely different movie altogether. I’m not convinced the work to fix it warrants the film to exist.

All that aside, “Street Fighter” is a prime example of what happens when keeping it studio goes wrong. See, director Steven E. de Souza had a much smaller cast of characters from the game, as well as completely different actors in mind for titular roles. His intention was to lean on lesser known Japanese actors in hopes of keeping in line with the source material of its video game counterpart origins. Capcom, acting as the co-financier of the film, had outrageous demands including an impossible film schedule and close to complete autonomy over every decision. Armed with the sour taste of the previous “Super Mario Bros.” failure, their decisions were heavily influenced by the wrong things, thus leading to a sleuth of wrong decisions.

The result is a messy, campy, silly, over the top, nonsensical film that relates to its source material in name only. That goes for the characters too, as none of them are even close to their video game counterparts. I’ll give a slight pass for Jean Claude Van Damme, but that’s ONLY because 90s filmmakers collectively agreed that despite his heavy, immediately recognizable Belgian accent, he was in fact an all American hero. So while he doesn’t look or sound or act like anything you would conjure up when you think of Guile, “Street Fighter” is operating under the assumption that film culture at the time excused this for Damme, which for better or worse, they did. Everyone else though is wildly miscast, giving wooden and stiff performances in both their speaking and fighting sequences.

There is so much more to these failings though. The behind the scenes of “Street Fighter” are some of the best real life blunders in filmmaking history, rivaled only by the parody of “Tropic Thunder’s” film within a film. Ya, it’s THAT nuts. We’re talking lead actors disappearing on week long coke binges, on location heat ruining filming equipment on a regular basis, actors learning their fight choreography from on location catering service staff minutes before shooting their scenes (not even making that up at all) and so much more. Frankly, it’s amazing that “Street Fighter” even got made at all.

And then there’s Raul Julia as M. Bison, “Street Fighter’s” gift and curse. There’s simply too much to unpack surrounding the actor and this role, so I’ll just give you the quick highlights. Both the studio and the director had no idea how sick Julia actually was until he had already been cast and came in to do their first table read prior to production. He literally couldn’t stand or walk on his own without the aid of a cane or assistant. He’s literally suppose to be the big baddy in a martial arts action video game adaption and he can barely stand. Because Capcom was unwavering in their release date and film schedule, it was easier to rewrite the entire script and change the character of M. Bison than it was to recast Julia altogether.

This is why the third act of “Street Fighter” is all set and visual effects (bad ones at that) instead of any kind of hand to hand combat between Guile and Bison. It looks and feels bad because it wasn’t suppose to be that at all in the first place. For what it’s worth, Raul Julia’s over the top performance is without a doubt the most enjoyable part of the entire film. It’s is extremely unfortunate that “Street Fighter” was his last feature film, but even on his deathbed he still managed to turn in a perfect, captivating performance. He seemed to be the only person both behind and in front of the camera that understood what kind of film “Street Fighter” was, and that ends up being the saving grace of the entire film.

That being said, Julia’s performance isn’t so good it overshadows the rest of the dumpster fire that is “Street Fighter.” By any standard of good movies, “Street Fighter” falls short on just about every single one of them. One could argue that it has the propensity of being so bad it’s good, but even in that regard it is far more subjective across the board to really be able to firmly make that claim. There are a few things to enjoy, and I for one stand firm on my grounds that it is in fact so bad it’s good, but anything that can be enjoyed can quickly be overturned by how bad “Street Fighter” actually is. It’s bad. “Street Fighter” is really, really bad.

What it all boils down too though is whether or not it’s so bad it deserves its 10% rating on Rotten Tomatoes. Look, it’s perfectly fine to like bad movies. We all have a few movie skeletons in our closet, and “Street Fighter” is certainly the least offensive when it comes to what you may find in mine. But just because I find it enjoyable due to its disastrous creation rather than in spite of it doesn’t actually make it a good movie. Thus, and this is with a heavy heart, I am inclined to say that “Street Fighter” unequivocally deserves its 10% rating on Rotten Tomatoes.

If you’re looking for a fun rabbit hole (as I’m assuming you probably are since we’re almost a year into a ravaging pandemic) I highly recommend looking into the making of “Street Fighter.” I can’t in good faith recommend the film, but how it came to be is absolutely worth the journey. You’re welcome.