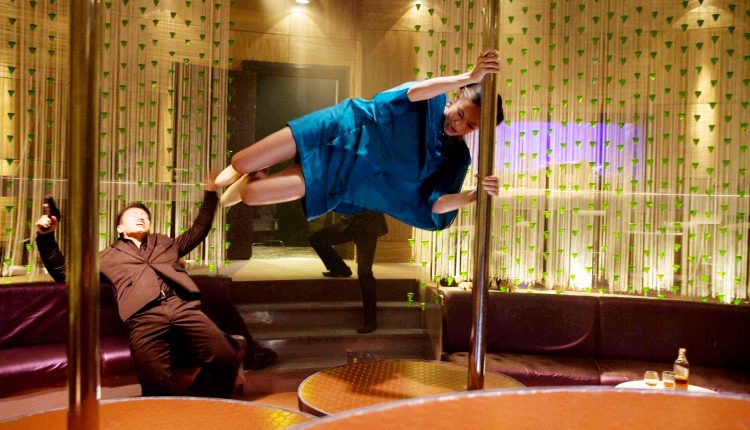 Rated 10% or Less, “Street Fighter: The Legend of Chun-Li”

There are so few words to described the unmitigated dumpster fire that is “Street Fighter: The Legend of Chun-Li” but I will do my damndest to try and pull every insult I can muster for it. This isn’t even a film; it’s a collection of disconnected, one minute Instagram videos strung together by what I can only imagine was a drunk editor who gave his two weeks and thought it would be a hilarious to make “Legend of Chun-Li” indecipherable. One last “F-you” to the studio they felt wronged by. This isn’t a film; it’s an insult to movies as a medium. Capcom should be held accountable for inciting an insurrection against films, and everyone involved should be put on probation until their good performances eventually expunge it from their records.

I don’t know if you can tell, but I absolutely hated “Street Fighter: Legend of Chun-Li.” I can’t remember a movie watching experience that conjured up such a visceral reaction against its existence. I want to go back and raise my rating from “Street Fighter” last week and apologize to Souza and Jean Claude Van Damme, as well as leave roses of condolences on the grave of Raul Julia.

“Legend of Chun-Li” is the worst career move of everyone involved, and that includes Kristen Kreuk’s brief stint with NIXXIM. This films made me want to advocate for memory alterations so we can collectively erase it from existence.

I’m going to continue to visciously eviscerated this inescapable, incoherent, infectious human waste of a film, but I’ll try to calm down and give you some semblance of a review. If there was one, I would give you a brief description of “Legend of Chun-Li’s” plot, but there isn’t one. At least not one that I could explain here as it shifts from minute to minute. That’s not hyperbole either. I mean this film literally changes scenes every 45 seconds, with no single scene lasting longer than a minute before it awkwardly cuts and fades to something else. It is manic in the worst of ways, and feels like someone it trying to build one puzzle from 8 different boxes.

“Street Fighter: Legend of Chun-Li” is part martial arts epic, part origin story, part hero’s journey, part CSI episode, and part international shady real estate deals. You read that right. For the first 40 minutes of the film, M. Bison is a gangster (???) who’s goal is to flood Bangkok with crime so the property value goes down and then blackmail the board of directors (you know, because cities are controlled by a board of directors) into giving him the devalued land so he can sell it back wholesale after revamping it with….I don’t know condos or some shit. I have to put the film in terms of time rather than acts, because “Street Figher: Legend of Chun-Li” doesn’t have them. It has minute-by-minute time stamps, and completely random and disconnected events happen within that framework. Trying to put it together is a complete waste of time. There’s at least 4 films happening at the same time and none of them tie together in any justifiable way.

Hell, take M Bison (Neal McDonough). He’s, I guess, Irish (???) because the weird shoehorned in backstory out of left field says he is despite his accent feeling like someone learning it on the fly. Think Leonardo DiCaprio in “Gangs of New York” but LESS consistent and nonsensical. It’s like they cast McDonough and halfway through filming decided his character should be Irish, and rather than quitting, Neal just kind of tried? These are really harsh words for an actor I actually really like especially in a villain role, but if you agreed to be in “Street Fighter: Legend of Chun-Li” you deserve it. So, “Mr. Global domination” wants to put business skyscrapers in Bangkok, but then out of nowhere decides he’s now motivated by his long lost daughter with whom he ritually imparted the goodness of his soul upon years ago because…reasons? What in the actual **** is happening here?!

And that’s just one character. The whole mess is riddled with bizarre characterizations like this. Chris Klein as Interpol agent Charlie Nash feels jarringly out of place. His entire disposition feels like he’s doing an impression of an amateur actor doing an impression of a hard nose cop for “CSI: Bangkok” during their first audition ever. Everything about Klein here feels like he’s doing what he THINKS every episode of “CSI” would look like were it personified in “Legend of Chun-Li.” And there’s quite literally no reason for him to be in this movie in the first place. Everything surrounding his feels disjointed and out of place. You could remove him, his character, and his entire plot line from the film and it would still be the exact same abysmal film. He doesn’t make it better or worse. He just exists, taking up the void of space for no discernible reason other than to fill another pointing 45 seconds of time.

Hollywood has some weird obsession with trying to make guys like Chris Klein happen. They latch on to a profile and, regardless of general audiences ask or wants, plaster them as the new “it” guy, often times with very little success. Taylor Lautner, Taylor Kitsch, Kellen Lutz, and Jai Courtney (to name a few) all seem to be miscast and crammed into wanna be blockbusters that never, ever do well. Hollywood can’t seem to learn their lesson; you can’t will an actor into stardom. They actually have to be watchable and generally wanted by audiences before they can be welcomed into the realms of untouchables. That is certainly what’s happening here in “Street Fighter: Legend of Chun-Li.” It has never been more clear that Klein’s Nash is from some earlier version of the script where he was suppose to be the main character (because, Hollywood), and after massive rewrites and drafts, remnants of whatever it was before made its way into the final working script.

That’s the only explanation that makes sense. Otherwise, it means that writer Justin Marks did it all on purpose, which opens up a whole new can of worms as to why anyone anywhere would give this man work ever again. To my dismay, it turns out Hollywood didn’t spit him out along with all of his works after this, because Marks has a story by credit for the upcoming “Top Gun: Maverick.” That should set off every single alarm bell and pull every red flag imaginable. Granted, there are far more competent screenwriters attached to that one, so it is likely that very little Marks will be in the final product, but after watching “Street Fighter: Legend of Chun-Li” I am immediately hesitant when I see his name attached to anything.

Look, there are so many things I can go on and on about here. This visual insult does so many things wrong it’s hard to pin the blame on any one single element. For that matter, I’d be remised if I didn’t at least put some of that blame on director Andrzej Bartkowiak. You may not recognize the name, but you know his work, and not only should he be ashamed to blemish his otherwise solid filmography, he should freakin know better. Bartowiak is primarily a cinematographer, lending his talents to things like “Speed,” “Terms of Endearment,” “The Devil’s Advocate,” and “Lethal Weapon 4” to name a few. With a resume like this, there is simply no excuse for the poor and shoddy shots, angles, and overall aesthetic of “Street Fighter: Legend of Chun-Li.”

His works as a director aren’t as stellar, helming things like “Doom,” “Cradle to the Grave,” and “Romeo Must Die.” And while those aren’t necessarily top list features, at the very least they accomplish the two most basic things necessary for any film to be watchable: they make sense and for the most part, they look good. The fact that “Street Figher: Legend of Chun-Li” has neither is all the more baffling. Barkowiak should absolutely know better, and he should be a man filled with regret for phoning it in from start to finish.

The final question is whether or not “Street Fighter: Legend of Chun-Li” deserves its 5% on Rotten Tomatoes. Not entirely, because 5% is too damn high. It deserves less than 0%. I know that that’s impossible on Rotten Tomatoes, but I feel an exception needs to be made. Its very existence needs to be wiped from our collective memory. The Doctor needs to jump in his (or her) Tardis and stop it from ever being created in the first place. All copies need to be forged into a ring, given to Frodo and dropped into the fires of Mordor. Thanos snapped, “Hot Tub Time Machine” erased, “Looper” closed. Whatever it takes to eradicate this film should be done.

Seriously, don’t watch this thing pawning itself off as a film. Just watch the original “Street Fighter.” Sure, it’s bad too. But at least it has one thing going for it that “Street Fighter: Legend of Chun-Li” is sorely lacking:

Lots and LOTS of cocaine.