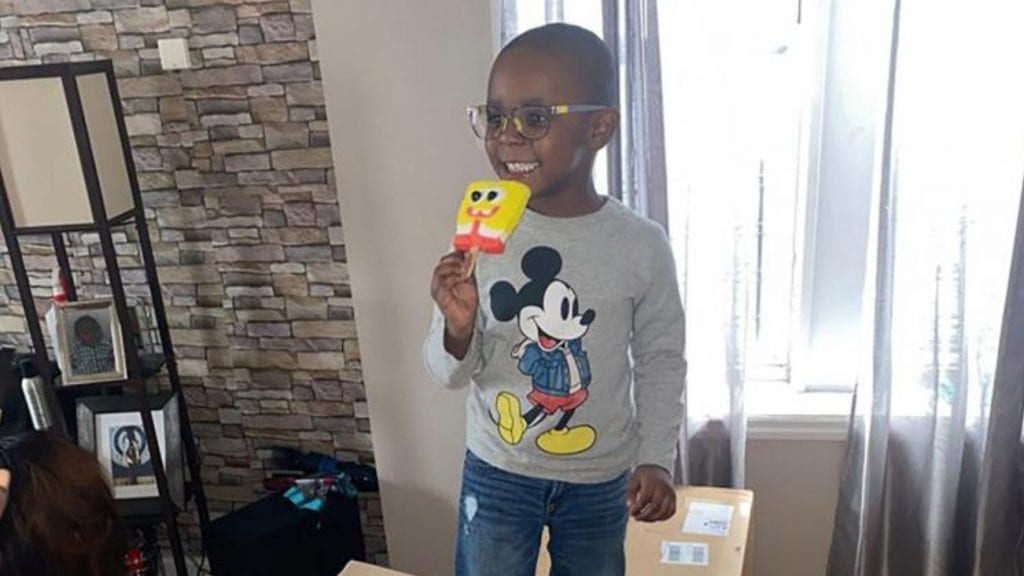 4 Year Old Orders $2.6k Worth Of SpongeBob Popsicles on Amazon

A very smart 4 year old named Noah Bryant accidentally ordered 54 cases of SpongeBob ice cream popsicles from Amazon. The fruit punch and cotton candy (with gumball eyes) pop is now going to be his go-to snack as he not only accidentally ordered them but his mother Jennifer was unable to get a refund.

For his mother, this was no laughing matter because she has to pay nearly $3k in ice cream money. Jennifer Bryant is currently a mother of 3, and working towards her master’s degree in social work at New York University.

Worried about what to do, Bryant’s friend Katie Schloss helped her to create a GoFundMe. So far, the GoFundMe has raised more than $17,000. Jennifer says she will be putting the extra amount towards Noah’s education.

“Thank you SO much for your mind-blowing generosity and support,” Bryant wrote. “We’re so grateful to have made back the $2,618.85 in a mere 24 hours. As a parent to a child living with ASD (Autism Spectrum Disorder), all additional donations will go towards Noah’s education and additional supports.”

What I’m trying to figure out where they are storing all these popsicles, because most definitely the cases overwhelm normal freezer space. Thanks to social media and crowd funding, this turned into a much less devastating event. No doubt the mother had a heart attack when she realized what happened but from the image above and the report about how she’s recouped the money she’s probably turned it into a happy teachable moment. Don’t touch mommy’s Amazon account, always log out even on your own devices, and accidents happen.

Order your own case of those SpongeBob popsicles on Amazon here.