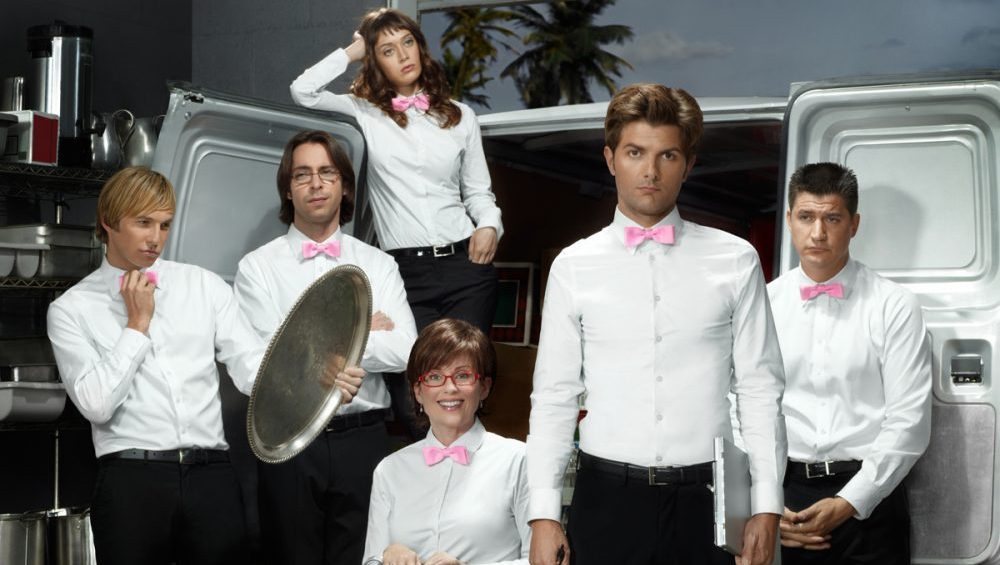 STARZ is Bringing Back “Party Down” in a New Limited Series

“Party Down” had arguably one of the biggest collections of comedians around. Though the show lasted only two seasons it was enough to make a mark and has insanely high re-watch value. STARZ is bringing back the show in the form of a limited series, and we’re excited to see where this might lead.

If we can get an “Arrested Development” season from Netflix 7 years after season 3 aired in 2006, then STARZ can certainly bring back “Party Down.”

Season 2 of “Party Down” ended in 2010 so it puts at 11 years between iterations. Plus as of now there’s no word as to if this will be something with the original cast or if they will be trying to replicate success with the new limited series.

Since everyone involved went on to do bigger things and has stepped into a bigger Hollywood career the timing may not work out. Jane Lynch is now hosting “Weakest Link,” and Adam Scott is working on “Severance.” Ken Marino, Ryan Hansen, Martin Starr, Lizzy Caplan, and Megan Mullally have also been pretty busy. It’s our hope that they can carve out some time to bring these characters back to life.

What we do know is that the producers that were involved in the original show are all back which means the show is in good hands. Original creative team Rob Thomas, John Enbom, Paul Rudd, and Dan Etheridge are all coming back to work on this limited series.

“At the end of 2019, the Party Down cast and producers were all reunited at a retrospective for the show hosted by Vulture. We had such a good time that we wanted to find a way to get the team back together again. The cast is so busy these days that finding a window where we can do it may require trigonometry, but we’re determined to make it happen.”

“Party Down” follows a group of Hollywood wannabes who work at a catering company waiting for their big break. Each episode happens at a different catering event and you get to see a bit into the personal lives of each character as the show evolves. Watching them allows you to root for them and hopefully the limited series will show them having made their big breaks. Maybe and this is just an idea, the people who are catering are catering for them because they’re throwing a party for themselves having made it.

If you’re not familiar with “Party Down” you can watch the show streaming on Hulu. “Are we having fun yet?”