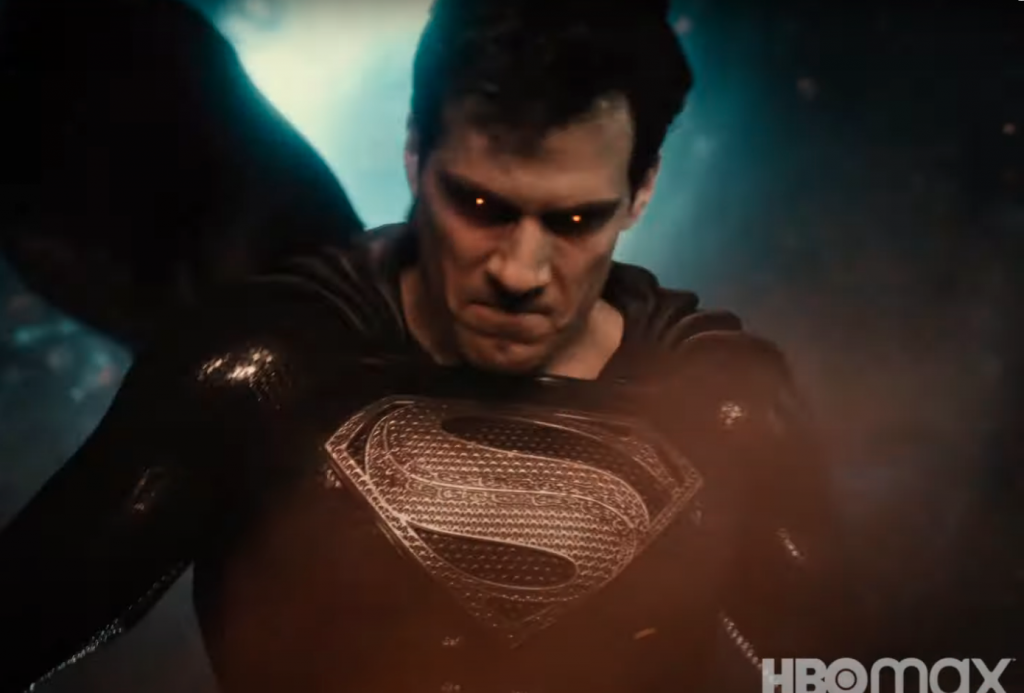 We want to start by saying dropping a trailer on a Sunday morning is a rude move, HBO Max! Just kidding. Trailers drop all thetime, and at least we knew, from the last two weeks of teases, that “Zack Snyder’s Justice League” directors cut was unveiling a brand new trailer today.

A four-hour version of the Warner Bros. Pictures film, which has been re-cut and features re-shot and even new scenes, appearances of Jared Leto‘s Joker, Darkseid and his army, Harry Lennix‘s Martian Manhunter, Kiersey Clemons as Iris West, along with a score from Junkie XL– make this the ultimate Snyder Cut.

Snyder spoke about the importance of Henry Cavill‘s Superman iconic black suit with I Minutemen, and what it means in this film:

“The black suit, you can say that in modern Krypton, when he left, everyone was wearing black suits. So it is sort of linked to, in some ways, the old world. I think is a more direct relationship to his family. In a lot of ways, the blue suit, to me, represents his kind of place on Earth. The blue suit is his suit of a hero, the suit of his destiny, whereas the black suit is more personal in a lot of ways, more about his family. One is outward, and one is inward, and I think that those things, the expression of that could be – let’s put it this way. It was always my intention with the larger arc of the movies to realize that more completely, but I think you get a sense of it here.”

In Zack Snyder’s Justice League, determined to ensure Superman’s (Henry Cavill) ultimate sacrifice was not in vain, Bruce Wayne (Ben Affleck) aligns forces with Diana Prince (Gal Gadot) with plans to recruit a team of metahumans to protect the world from an approaching threat of catastrophic proportions. The task proves more difficult than Bruce imagined, as each of the recruits must face the demons of their own pasts to transcend that which has held them back, allowing them to come together, finally forming an unprecedented league of heroes. Now united, Batman (Affleck), Wonder Woman (Gadot), Aquaman (Jason Momoa), Cyborg (Ray Fisher), and The Flash (Ezra Miller) may be too late to save the planet from Steppenwolf, DeSaad, and Darkseid and their dreadful intentions.