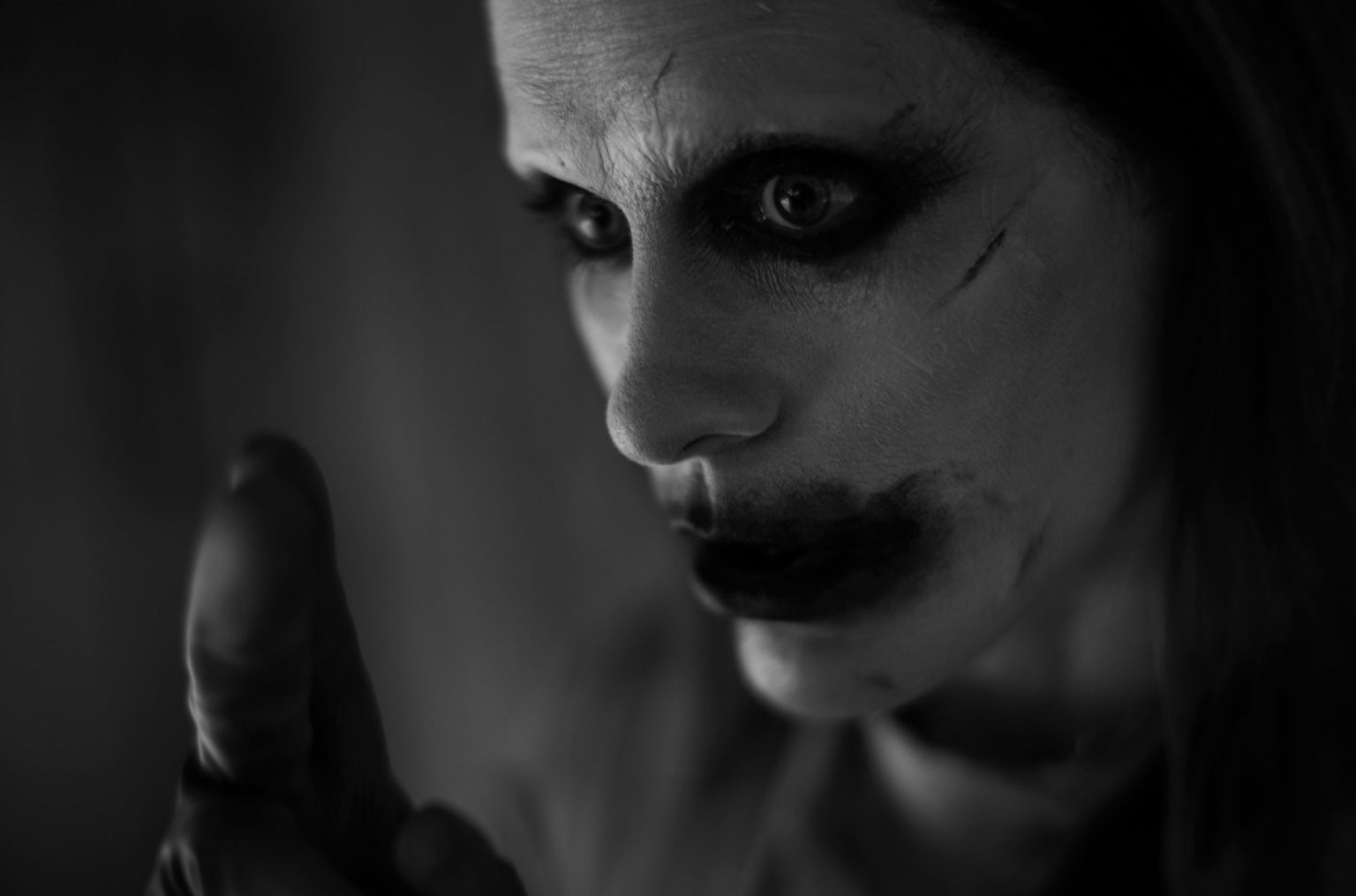 Just when we thought we’d seen the last of Oscar winning actor Jared Leto‘s modern take on the Clown Prince of Crime, Zack Snyder has shared yet-another image of Joker from the director’s cut of “Justice League.” The black and white photo makes Leto’s almost skeletal face even more disturbing than we thought possible.

Snyder shared a tweet linking to a Vanity Fair piece focusing on the new image, and it really makes us want a black and white cut of “Zack Snyder’s Justice League,” not gonna lie. Maybe this means we’ll get a tease of this when the new trailer hits on Valentines Day?

The Vanity Fair piece goes into far more detail than we were expecting about how exactly Joker figures into the film. He is a harbinger of what could possibly be, showing up in Ben Affleck Batman’s vision of the fallout after Darkseid invades and destroys the earth.

Fans might also get to see what exactly Joker did to Robin in this universe.

“I’d always wanted to explore the death of Robin,” Snyder said. “And if there ever was going to be a next movie, which, of course, there probably won’t be, I wanted to do a thing where in flashbacks we learn how Robin died, how Joker killed him and burned down Wayne Manor, and that whole thing that happened between he and Bruce.”

Leto is without those “Suicide Squad” trappings of tattoos and chrome grill. Instead, he looks exactly like how we imagined a Snyderverse Joker would. In the second image released, it almost teases an Arkham setting.

Snyder offered some insight (which maybe you’ll think is spoilery?) about the scene these photos are from:

“The cool thing about the scene is that it’s Joker talking directly to Batman about Batman. It’s Joker analyzing Batman about who he is and what he is. That’s the thing I also felt like fans deserved from the DC Universe. That is to say, the Jared Leto Joker and the Ben Affleck Batman, they never really got together. It seemed uncool to me that we would make it all the way through this incarnation of Batman and Joker without seeing them come together.

The scene explains why Bruce had the Joker card taped to his gun that you see in Batman v Superman.”

Needless to say, we kind of can’t wait to see “Zack Snyder’s Justice League” when it hits HBO Max on March 18th, 2021.