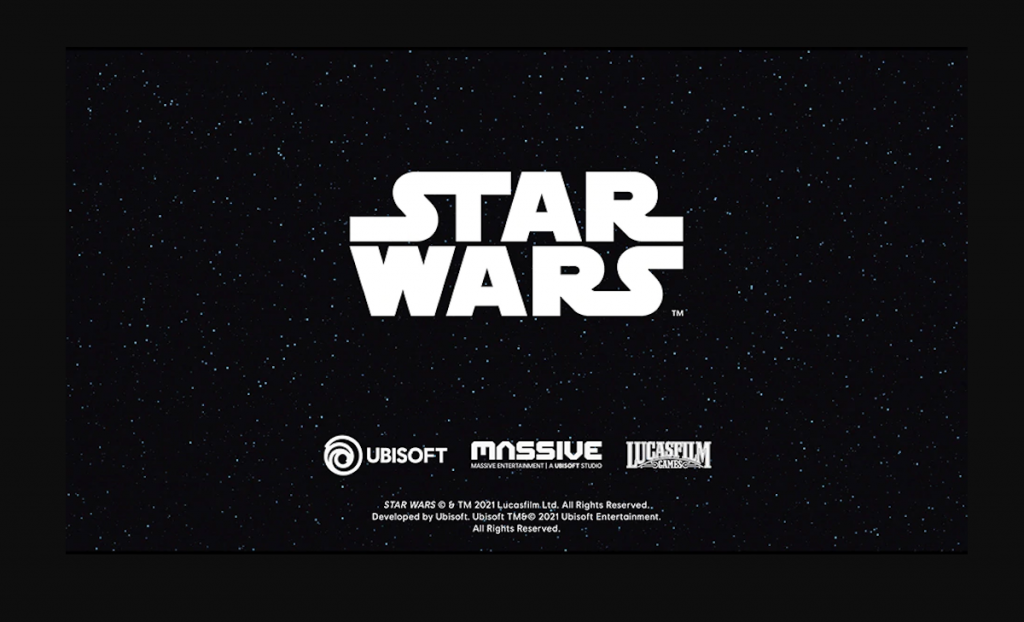 Following hot on the heels of the newly-launched video games arm of Lucasfilm (aptly titled Lucasfilm Games), there have been two pretty big titles confirmed in development.

Yesterday, it was Bethesda’s MachineGames announcing their Indiana Jones title, and today, it’s the full scope of a MASSIVE open-world game in set in the “Star Wars” universe.

Douglas Reilly, VP of Lucasfilm Games, spoke with StarWars.com about the news, saying they’d been working on this project for a while, waiting for the announcement to happen.

“We’ve got a lot of stuff we’re ready to start sharing with fans. because we’ve been working quietly behind the scenes for a while now, waiting for this moment. We’re looking to work with best-in-class teams that can make great games across all of our IP. We’ve got a team of professionals here at Lucasfilm Games who can work with the developers, shape the stories, shape the creative, shape the games, to make them really resonate with fans and deliver across a breadth of platforms, genres, and experiences so that all of our fans can enjoy the IPs that they know and love.”

In a statement posted to the official Ubisoft website, the company announced development on a create a story-driven, open-world experience within the Star Wars galaxy had begun with Massive Entertainment, and would be utilizing their top of the line tech- the Snowdrop engine.

Co-founder and CEO of Ubisoft Yves Guillemot said of the news:

“The vast Star Wars lore is an incredible source of inspiration for our teams. This is the beginning of a long-term collaboration with Disney and Lucasfilm Games, and we are pleased to be working hand-in-hand to build upon the incredible legacy of Lucasfilm to create a game that we know Star Wars fans will love.”

Ubisoft News was able to speak with Massive Entertainment Managing Director David Polfeldt and Creative Director Julian Gerighty about this pretty awesome announcement, which you can read in full on Ubisoft’s website here.

Ubisoft News: So, what can you tell us about the game so far?

Julian Gerighty: Right now, we are in the beginning of our new journey, so we are still working out many of the details. But, what we can tell you is that this will be a story-driven open-world game.

For me, personally, this will be a departure from the world of The Division, and both I and the team at Massive are very excited to start crafting this new experience. We truly look forward to create something totally different from what we have done in the past, while upping the bar for the industry.

While speaking about utilizing the Snowdrop engine tech for a “Star Wars” game, Polfeldt said:

“Snowdrop allows us to explore cutting-edge of technology, and hence stay at the forefront of innovation. Our amazing rendering will visually bring Star Wars to life in a way that no game has ever done before. As a game-agnostic engine, Snowdrop has always been developed as a future-forward piece of tech, with the focus to empower our developers. The beauty of our engine is the control and flexibility given to our creators to innovate the best games possible for the players. Snowdrop is extremely agile and has the power to bring a variety of games to our players. With the launch of next generation consoles, Snowdrop’s engineers are pushing the engine even further so that we can really make the most of the opportunities the new hardware provides.”

“We know that fans of Star Wars value the feeling of immersion — of being transported into the Star Wars galaxy and moving through richly-detailed environments. It’s fun to imagine what the team at Massive can do within Star Wars by bringing their innovative spirit and their commitment to quality,” Reilly said about the Snowdrop system.

So, while we don’t know when/where in the galaxy far, far away this giant game will be happening, we can bet it’ll be amazing.

We’ll do our best to keep you updated with this and other news.