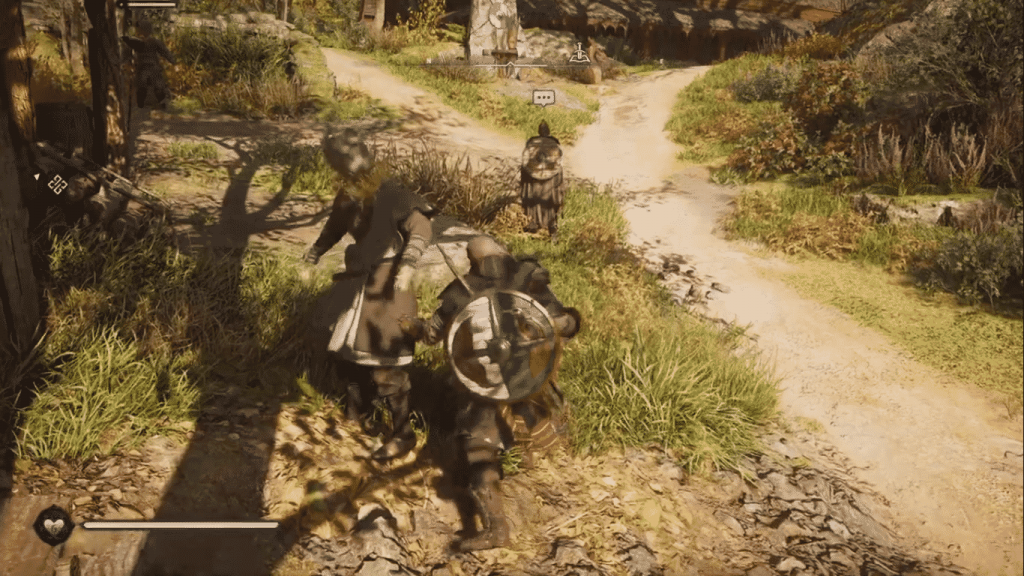 “Assassin’s Creed Valhalla” is a beautiful and chaotic world. Eivor never runs out of people to assassinate and places to pillage. This is especially true when it comes to their interactions with the Thousand Eyes merchants. By talking to these merchants, you can obtain contracts to assassinate someone in return for Opals. These Opals can be used to purchase exotic gear and cosmetics from the merchants. However, players are discovering an interesting bug when they accept these contracts.

Usually, these contracts ask you to assassinate someone that is nearby. For most merchants, this means a random NPC nearby will be selected and you will go on your merry way killing them. However, things change when you accept contracts from Reda in your own village of Ravensthorpe. Unsurprisingly, there’s not a whole lot of random NPCs wandering around here. So, instead the game is marking one of the training dummies outside the Assassin’s Bureau as the guilty person.

That’s right, you have to kill a dummy. Each one is given a specific crime that it supposedly committed. Needless to say, it’s the easiest assassination you can get. However, there is a much creepier side to completing this task. Often when assassinating these dummies, they seem to wriggle and writhe as if a real person is inside them. It’s pretty unsettling to witness. For one Reddit user called DontCruchMyJaw, things got even more unsettling. During his quest to kill a dummy, it suddenly walked off.

Honestly, we’re starting to wonder if there are even darker implications for these dummies outside the bureau. Maybe someone should interrogate Hytham. We would hate to see the town raided by sentient dummies.